UK-based Australian eventer Sophie Adams has had a unique international equestrian adventure. Starting with Oliver Townend early last year, she has since made her way to Pippa and William Funnells’ famed Billy Stud — and experienced the effects of a global pandemic along the way. 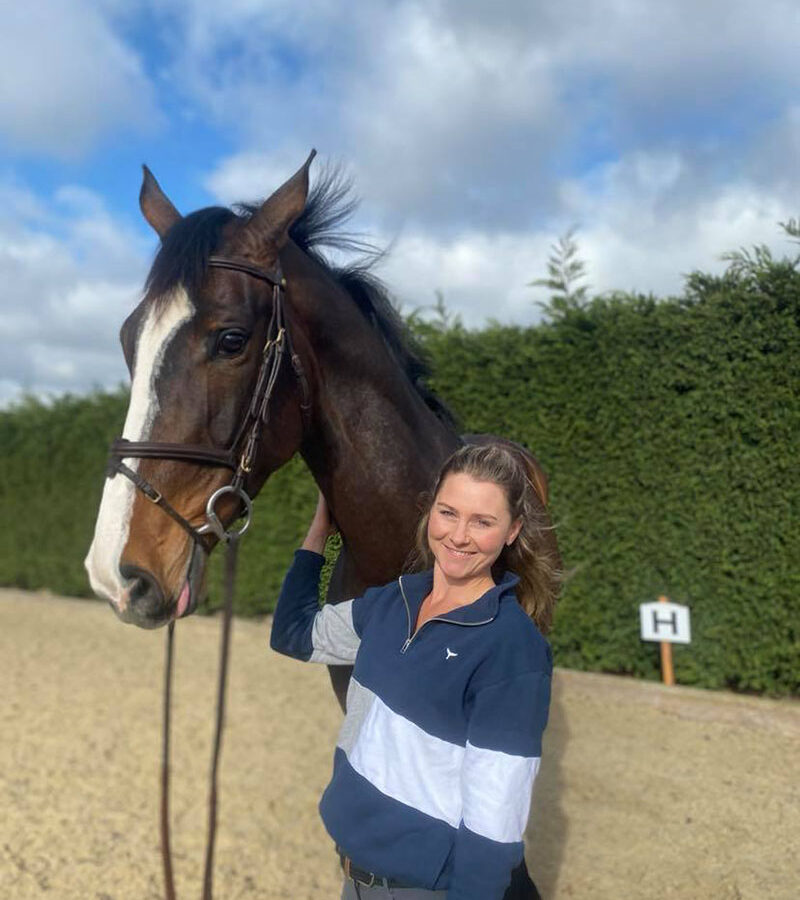 In February 2019, Australian eventer Sophie Adams, 31, flew out of Melbourne to begin working and training in the United Kingdom with her 8-year-old thoroughbred gelding, Touch Heaven, and 10-year-old Irish Sport Horse gelding, Ridire Dorcha. Sophie has ridden at FEI level since she was 19 and has competed as high as four-star here in Australia — however, it was time to broaden her horizons and gain international experience.

Her UK adventure began with the rider that sits atop the FEI Eventing World Athlete Rankings, Oliver Townend. “Ridire Dorcha had been previously owned and ridden by Oliver and we had known each other for some time, so it was the obvious place to start,” says Sophie. She spent most of the 2019 season there, before renting a yard in Surrey on the property of good friends Bryony Holloway and Paul Wedge. “I got a few more horses to ride for the end of the season and rode some here, there and everywhere for other people.”

When the 2019 season came to a close, Sophie had to sadly part with Aussie thoroughbred Touch Heaven. “It was incredibly sad but I had to find a way to pay for my season somehow,” she explains. The reality is that making it work abroad often comes with tough decisions.

However, the closing of the 2019 season also brought positivity in the shape of new opportunities. “When the season finished and all of the eventers went out in October, I had some spare time on my hands before I went home for Christmas. An Aussie friend was working for Will and Pippa Funnell at The Billy Stud, which happened to be close to my yard, and suggested I give them a call to see if they needed any riders. I ended up riding for them for six weeks until I went home for Christmas and absolutely loved it…. so much so I agreed to base myself with Pippa and ride for The Billy Stud full time!”

Run by Pippa and her showjumper husband William Funnell, The Billy Stud began as a joint venture between William and friend Donal Barnwell more than 20 years ago. Over the years they developed a successful breeding program for the production of homebred British sports horses, and today the stud produces many horses that compete at the elite level.

Sophie describes the past six months at the stud as an amazing experience. “Where do I start! Pippa is an incredible trainer. She is very generous with her time in training me from the ground, but I often learn just as much from watching her ride. She will often talk me through what she is doing and feeling as she is riding and as it’s happening.”

A British eventing legend, Pippa Funnell has been at the top of the sport since the ’90s and boasts Olympic, WEG and European Championship medals for Great Britain. She was dominant in the early to mid-2000s in the big CCI5* events (previously four-star), winning Badminton in 2002, 2003 and 2005, as well as Kentucky and Burghley in 2003. Her hat-trick of wins in 2003 meant she was the first person to claim the Rolex Grand Slam of Eventing. Although her success continued over the years that followed, a big win eluded her and she was plagued with pain from a couple of serious falls that at one point had her questioning whether she should retire from competition. Fast forward to 2019, and the reinvigorated 51-year-old won Burghley CCI5* on five-star debutant MGH Grafton Street. It was an outstanding win that perhaps surprised Pippa more than anyone! 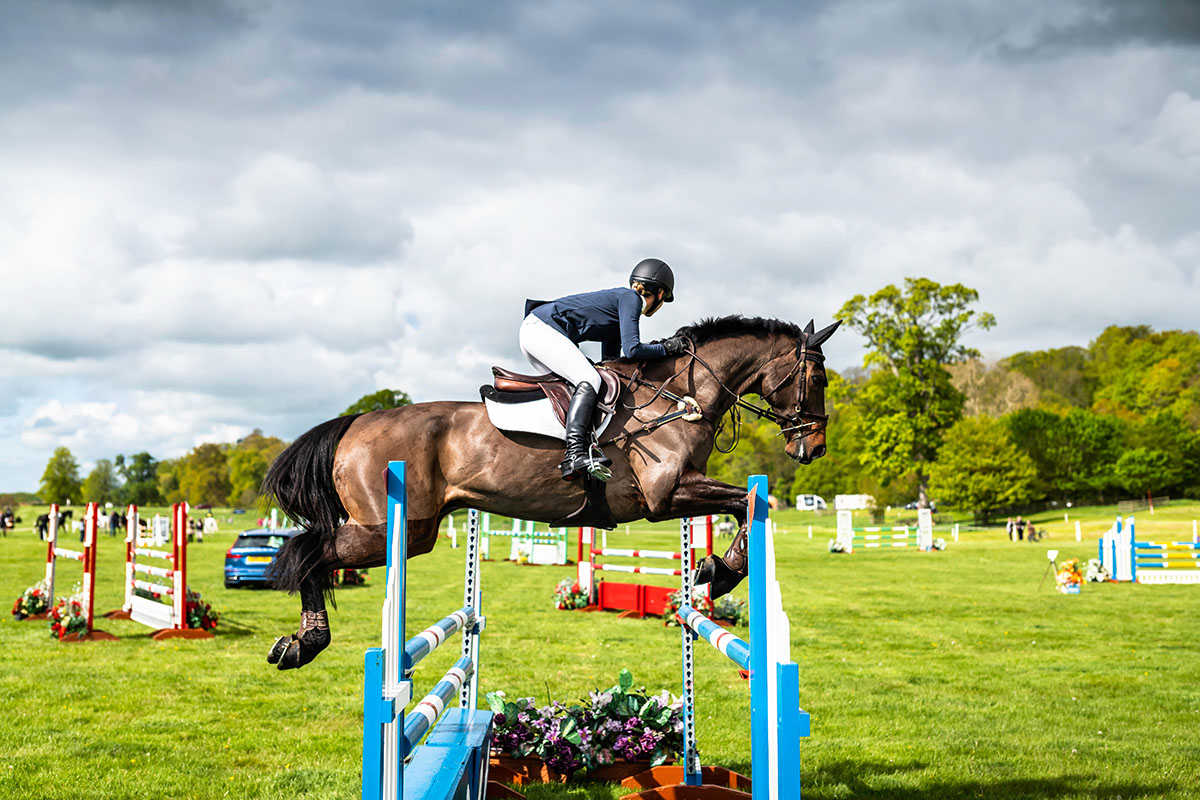 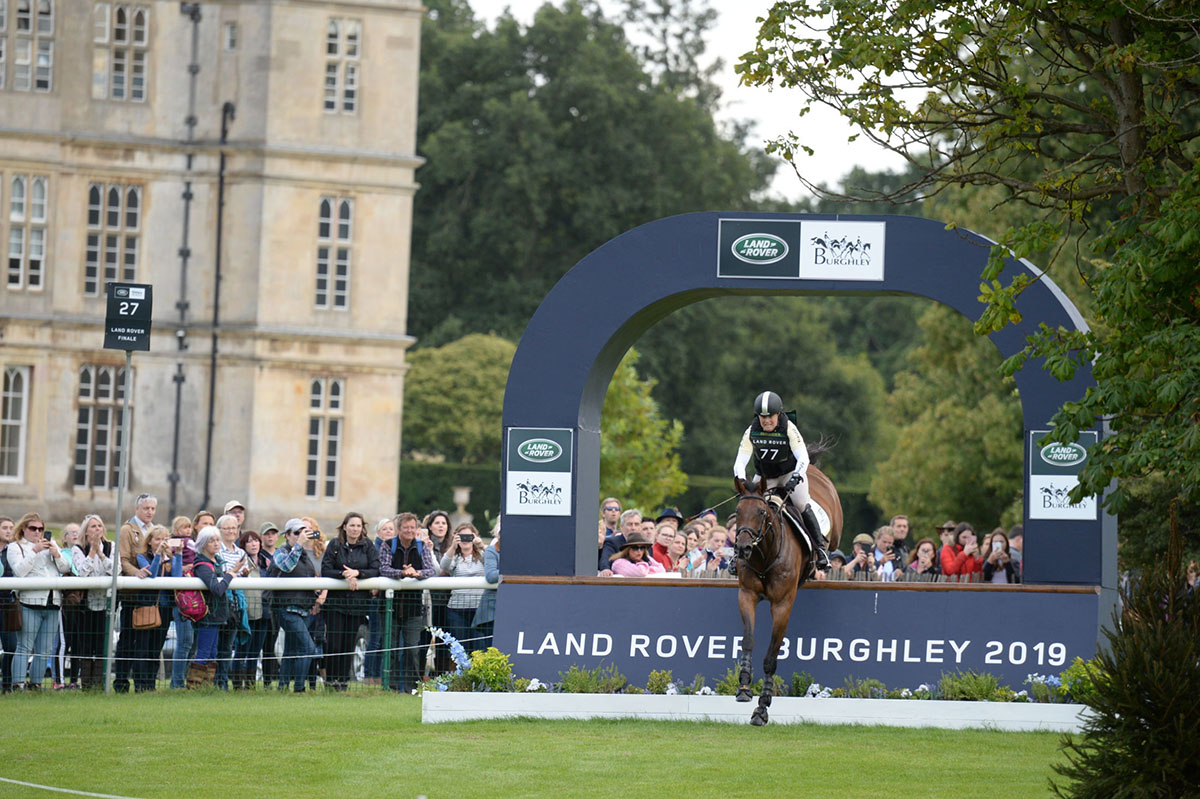 “The eventing scene
itself over here is
extremely competitive.”

Sophie is brimming with learnings from the eventing great. “Firstly, think about what you are trying to achieve in your training. Often we get stuck getting off one horse and onto another, riding around in circles and not actually thinking about what we are doing or hoping to achieve. So use your brain and have a plan. Then repeat, repeat, repeat. Once you have mastered a movement or technique, repeat it until it becomes effortless. Obviously take into account that different horses will find various things harder than others because of their conformation, temperaments or ability, so be understanding and always think of the welfare of the horse first.

“Be extremely disciplined with your lines and accuracy, especially when producing a young horse, so they don’t start to form bad habits. Be fully aware at all times of your body and the effect it is having on the horse. If you aren’t sitting correctly in the saddle with your weight evenly distributed and your shoulders and hips square, you will affect the performance of the horse. I could go on and on!”

Sophie describes her UK experience to date as being challenging, exciting, fulfilling, hard, lonely, exhausting and amazing. “It’s been a real learning curve for me, not just with my riding and training, but life in general. It’s not that easy taking yourself away from your support network of friends and family and moving to the other side of the world with your horses. The eventing scene itself over here is extremely competitive. There are so many very good riders and horses and everyone is trying their best to do the same thing. One of the big lessons I have learnt from Oliver and Pippa first-hand is that to be successful, you have to work hard. These guys have an unbelievable work ethic and are relentless in their pursuit to be even better, every day.” 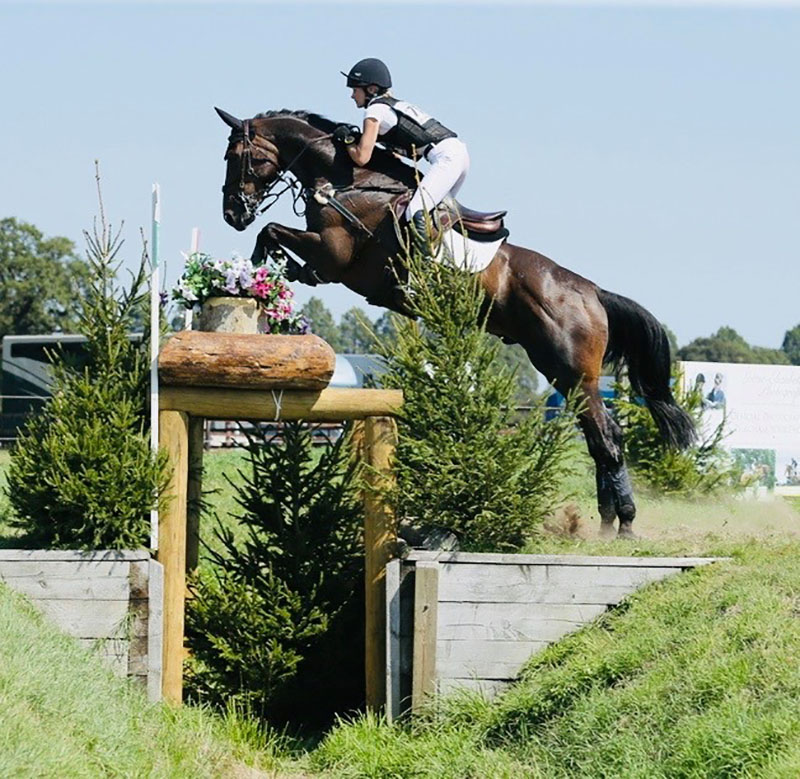 Of course, Covid-19 hitting the UK hard has meant that Sophie’s experiences abroad have been a little different to those who came before her. At The Billy Stud when lockdown commenced, she explains that as soon as events were cancelled and lockdown started, a lot of the five-year-olds went out in the field for a break. “They were all ahead of where they needed to be in terms of their education, so they went out to enjoy a lovely holiday in the sunshine.”

The seasoned eventers were ready to start their season and were therefore very fit, so they had to wind down a bit rather than be turned out. “Due to corona I currently only have six in work; usually I would have eight. I share a yard of 16 boxes with another event rider, and we are separated by a walker from Pip’s yard of 20 boxes, where she has her eventers and show jumpers.” Sophie still has Ridire Dorcha in her stable; they were aiming for Blenheim this year before Covid-19 entered the picture. The rest of her boxes are filled with lovely Billy horses that she rides and produces.

The Billy Stud team continued to safely work the horses during lockdown and used the downtime to go back to basics. The message in the UK during the height of lockdown was to avoid unnecessary risks that could land you in hospital and place a strain on the healthcare system; as such, training at Billy Stud was tailored accordingly. “As we were being careful not to take unnecessary risks, we varied our training with lots of pole work and grid work, lungeing lessons with no stirrups and dressage lessons without stirrups. I don’t think I’ve ever done so much sitting trot in my life! We were very lucky to live on site as this meant we were able to continue to work basically as per usual.” 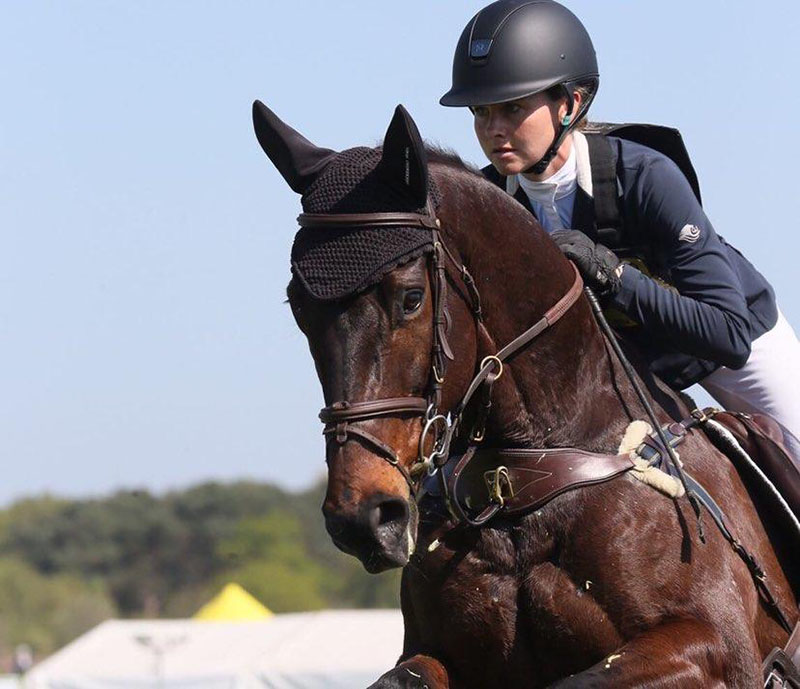 “I have to pinch myself
most mornings that I get to
be trained by a legend.”

Although many equestrians in the UK were doing it tough without being able to coach and travel, Sophie explains that many of her friends in the equestrian community were thankful that they were still able to do what they loved with their horses and weren’t stuck in an apartment in the city like most of the population. “Everyone was obviously anxious because of all the uncertainty, but most people have been able to use the time wisely to train and improve.”

As restrictions begin to lift around the world, British Eventing has announced that it will start up again this month (July) — something that was met with excitement by the riders. “I will be sitting down with Pip when the rest of the calendar comes out to make a plan for whatever is left of the season,” says Sophie. As for her plans with Ridire Dorcha specifically, she hopes to salvage some events this year and aim for a CCI4*-L (long format four-star) in the spring.

Last month, Sophie also got to experience The Billy Stud Auction. Their spring auction featured beautiful Billy-bred four-year olds; held online, it was a huge success. The experience was eye-opening for Sophie, who explains it was a busy time. “We actually brought in 40 four-year-olds at the same time… 20 for the auction and 20 to be retained!”

So what advice does Sophie have for other young riders who are thinking about working overseas post-Covid? “Do it! It will only make you a better, more resilient rider and person. That’s not at all to say the training and level of competition in Australia isn’t good enough. Far from it. I think we are incredibly lucky in Australia to have access to great coaching. I just think coming overseas opens your eyes to what else is out there. It takes you completely out of your comfort zone and makes you step up.”

Looking further ahead, Sophie’s long-term plan is to stay in the UK for at least another season and perhaps beyond. “I’m loving being based at The Billy Stud with Will and Pip and the opportunities here are endless. I am in a very fortunate position where I can grow my own business with the support of an eventing great and also have the security of a job and place to live. I’m based with the master — Pippa Funnell! I have to pinch myself most mornings that I get to be trained by a legend.” EQ