Retiring from the track in 2017, Brightlight Boy struggled to forge a new career path due to injury and his anxious nature. Now, thanks to Racing Victoria’s RESET program and dedicated re-trainer Kylie Broxam, there is light at the end of the tunnel for this little thoroughbred. 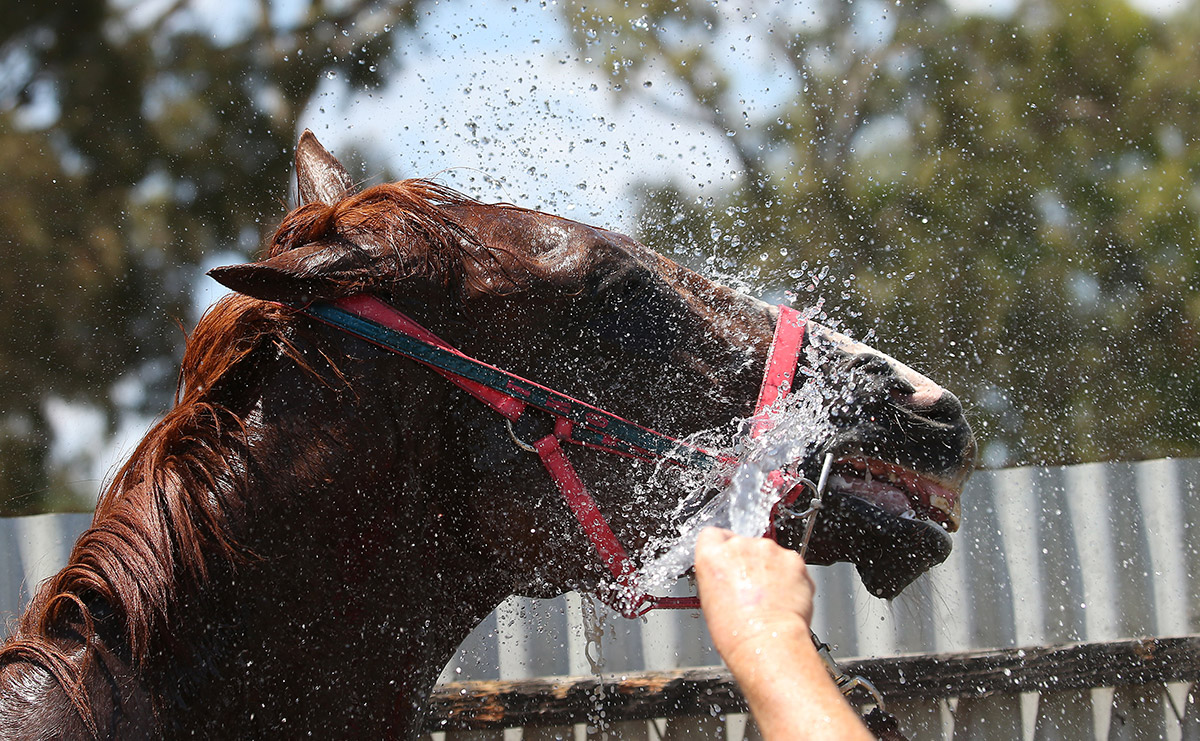 Brightlight Boy during his racing days.
Click here to discover what makes ELD arenas the obvious and best choice.

“The now nine-year old last
raced back in January 2017,
after which he unfortunately
picked up an injury.”

Here at Equestrian Life we’ve shared many off the track success stories over the years, from gallopers who’ve enjoyed success in the show ring, through to those that have excelled at the elite end of eventing. But what about the ones that aren’t quite pretty enough, don’t possess ‘wow’ factor movement, or are perhaps just a little trickier to retrain?

Ex-galloper Brightlight Boy (Brilliance x Natella) is one of those horses. The chestnut gelding had a career that spanned 11 starts for two wins and four places, and accumulated $29,915 in prizemoney. The now nine-year old last raced back in January 2017, after which he unfortunately picked up an injury. Over the past few years, he’s struggled to make headway due to injuries and an anxious nature that’s made him trickier to work with than the average ex-galloper. This where Racing Victoria’s newly developed RESET Program has stepped in.

The ‘RESET (Racehorse, Evaluation, Support, Education and Transition) Program’ is a new pathway for Victorian thoroughbreds that have struggled to find the right home at the conclusion of their racing career. “The RESET Program will underpin the industry’s approach to creating a sustainable pathway for every thoroughbred racehorse leaving the sport,” says RV General Manager, Jennifer Hughes.

With the goal of responsible rehoming, each horse in the RESET Program receives retraining from an RV Acknowledged Retrainer, funded by the industry’s equine welfare fund. The pilot program has initially welcomed 10 horses, with an additional 20 to join over the next two months.

Part of the pilot program, Brightlight Boy has been placed with Kylie Broxam of Shirley Heights Equestrian Centre in the Yarra Valley.

Kylie, who became an official Racing Victoria Acknowledged Retrainer last August, has been around thoroughbreds her entire life. “My grandfather was a trainer, my mother was a trainer, and my dad dabbled in breeding — so I’ve always been around thoroughbreds. My parents had an equestrian centre as well from when I was 14; horses have always been a part of my life. We used to do quite a bit of flatwork and dressage training with the thoroughbreds first, even when they were racing.”

Although no longer directly involved in the racing industry, Kylie still works with thoroughbreds in a retraining capacity, and focuses on dressage with her two current off the track horses.

Five weeks ago, Brightlight Boy joined the team — and Kylie quickly realised that he was not like a ‘normal’ off the track horse that might just need a few months off before coming back under saddle and into training. “He’s had a lot of injuries over the years… it appears the latest one was his right shoulder, which he was lame on,” she explains. With the help of equine physio Norissa Eastland Wheal, who plans to visit Brightlight Boy at five-week intervals, Kylie has created a rehab program aimed at getting the horse sound and happy. 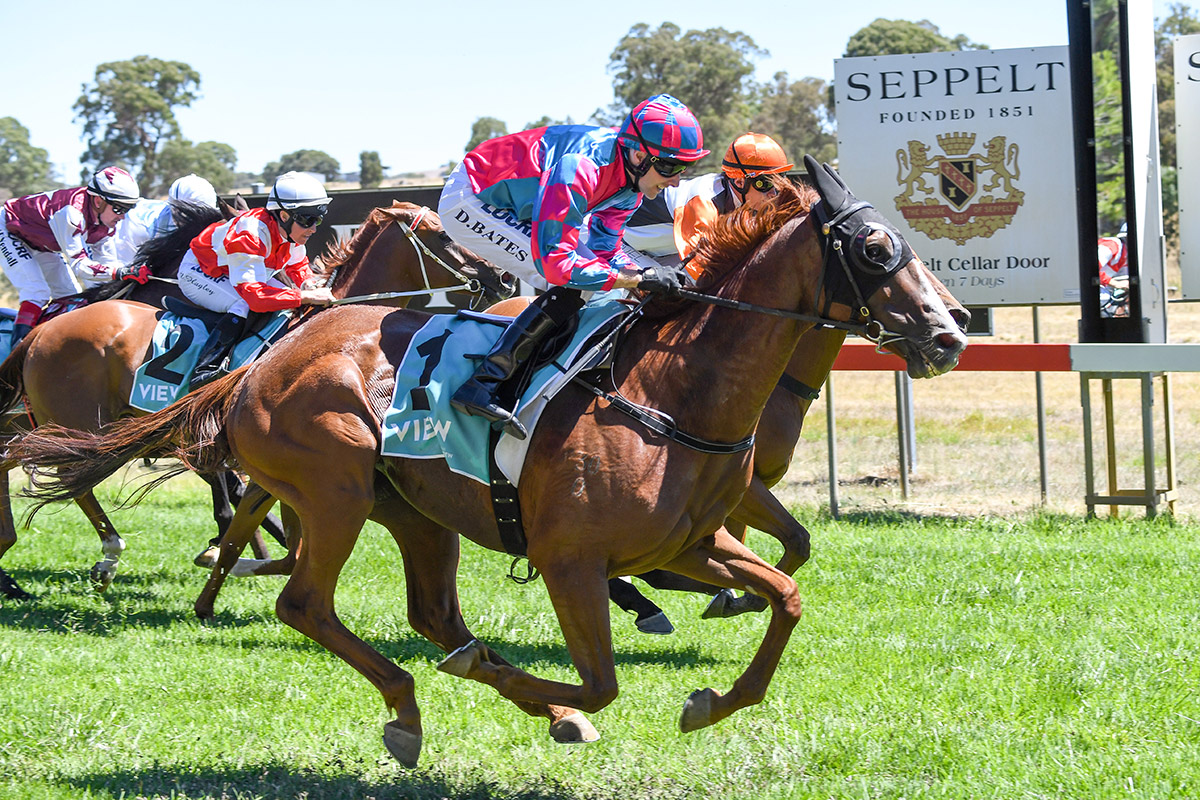 “He will have to be
rehomed to someone who
is confident but patient.” 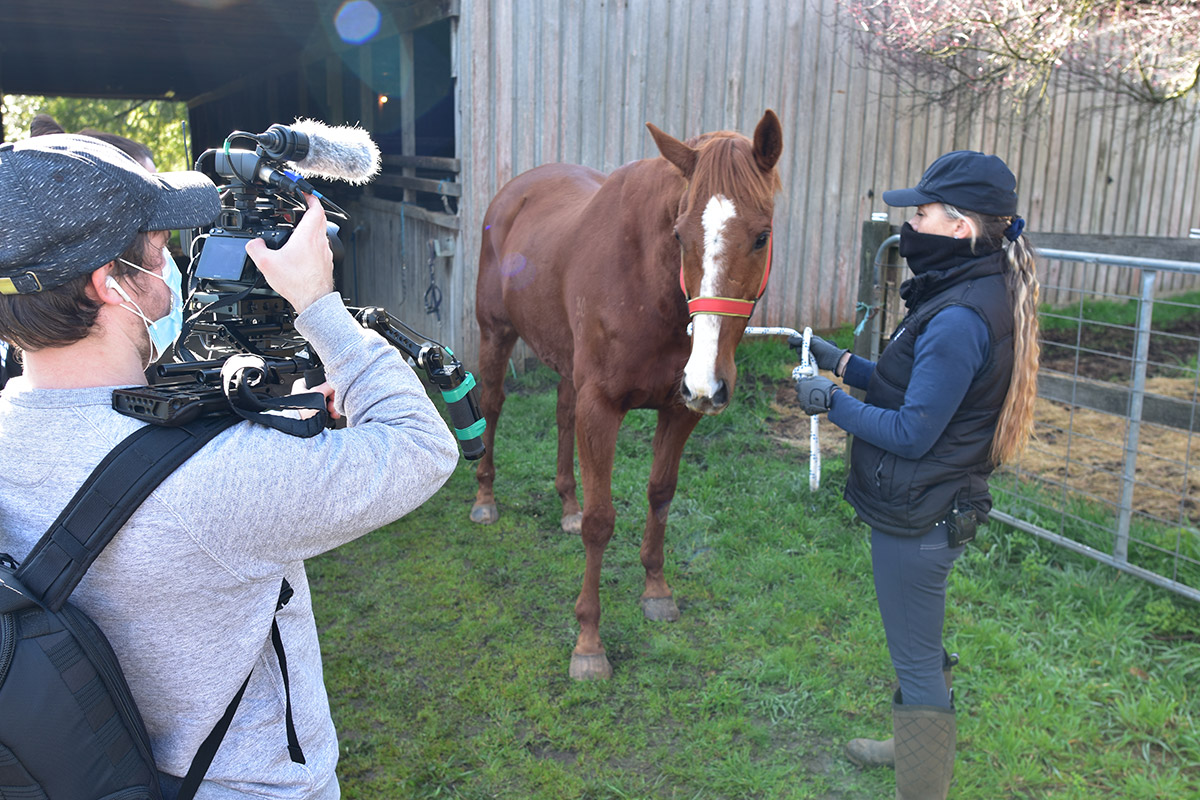 “Norissa is amazing — Brightlight was lot happier as soon as she worked on him. We’ve made a plan for him; he can’t be ridden at the moment, he’s got too much going on, however I’m doing heaps of groundwork. The aim is to try and build up his topline, and just get him to relax because he gets extremely anxious. It’s not just about riding; there’s a lot that goes into it, and the groundwork is so important before you get on them.”

The progress has been slow and steady. Kylie has done lots of groundwork, just leading him, making him halt, and then asking him to stand and relax. “I’ve also been doing heaps of light lunging work with him — walk, trot, walk, trot — and he’s really starting to listen to me. He stops now when I tell him to, and comes in off the lunge. He’s also in the process of being re-mouthed.” Kylie explains that the horse is now slowly starting to trust her, and his movement has improved to the point that he’s no longer lame.

Even though his lameness is virtually resolved, one shoulder still sits about two inches higher than the other, and therefore Brightlight’s future career needs to be matched to his capabilities. Kylie explains that he won’t be a jumper, but will instead be aimed at dressage and pleasure riding.

“Once his brain is calm, I don’t see why he wouldn’t do a decent dressage test or go for a trail ride. He will have to be rehomed to someone who is confident but patient and calm, and who is happy to go along with him a bit and encourage him. It’s going to be a long process, that’s for sure; it’s won’t be a quick fix with him. That being said, he’s come a long way already in five weeks and he’s a really nice little horse!”

Equestrian Life looks forward to following the progress of Brightlight Boy and a number of other horses through Racing Victoria’s RESET Program. Stay tuned! EQ