WITH WILL ENZINGER
content placeholder
Teresa Palmer went through a gruelling training program as part of her role portraying Michelle Payne in 'Ride Like a Girl'. © RLAG
Previous
Next

Horses have lapped up the limelight ever since movies were invented. Whether in a classic feature film or as extras in wild westerns, they’ve hammed it up and stolen scenes along with the greatest of actors. 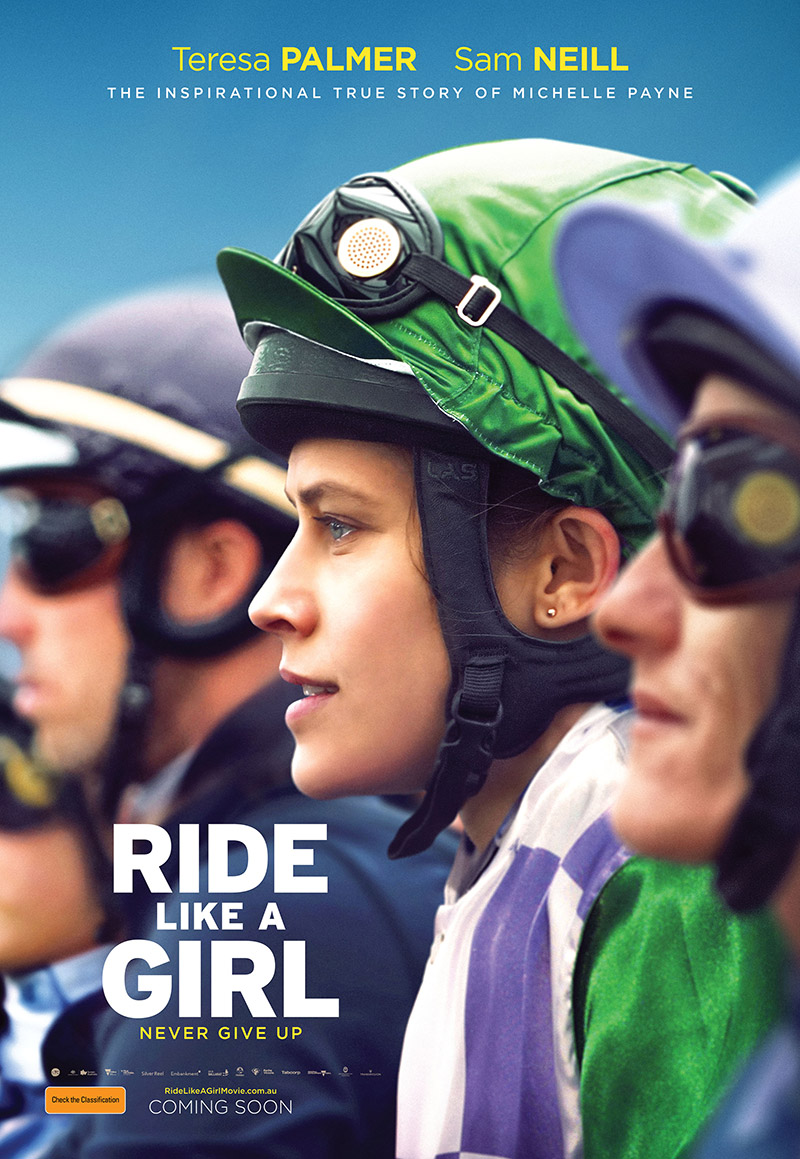 The poster for Ride Like A Girl.
Click here to learn more about Epiitalis Forte gel for horses, developed to protect and repair damaged joints. 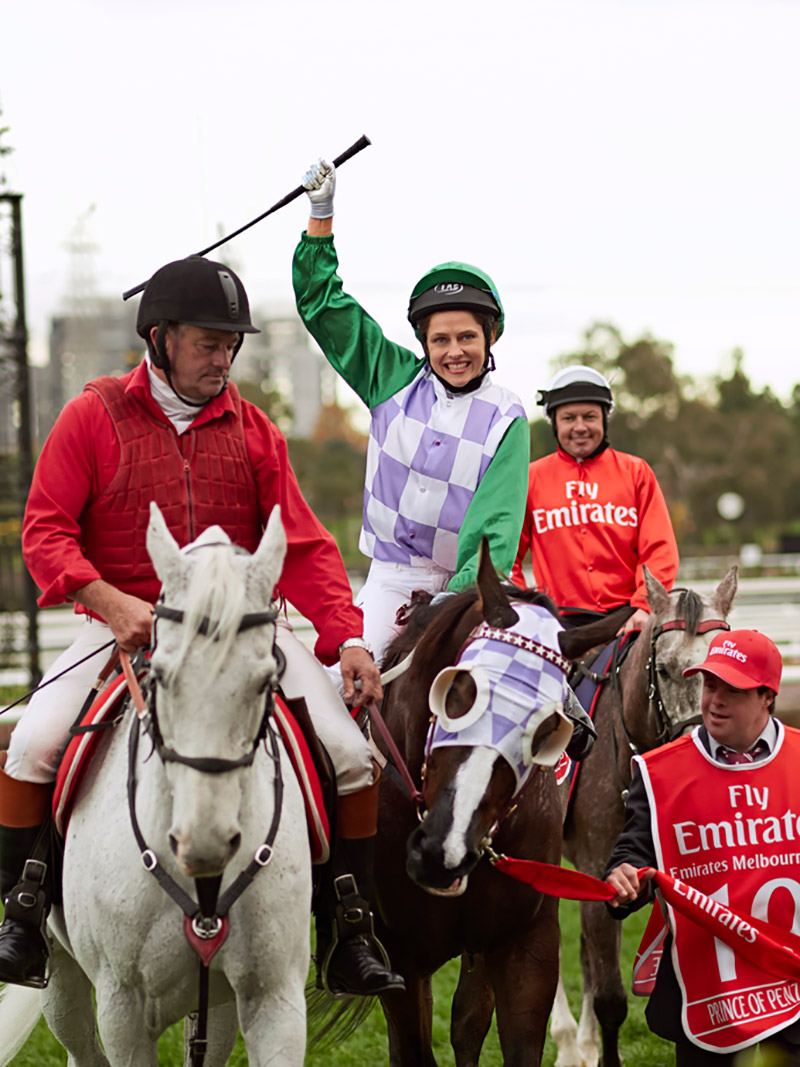 'Ride Like a Girl' follows the story of Michelle Payne, the first female jockey to win the Melbourne Cup. © RLAG

“Only later did it hit
me that I would have to learn
how to ride like a jockey.”

Horses were an integral part of hundreds of early moving pictures. The very first Australian film was of the 1896 Melbourne Cup, recorded on a clumsy, hand-cranked camera by Maurice Sestier.

Sestier couldn’t cover the actual race because the horses were too fast; instead he filmed them in the saddling paddock and then captured them crossing the finishing line. Newhaven won the Cup by six lengths. In between are many jerky shots of prominent ladies and gentlemen staring suspiciously at his curious contraption.

In America, The Great Train Robbery was released in 1903 about the exploits of a bunch of horsemen overtaking and robbing a train. Running for 12 minutes, it is considered one of the earliest silent motion pictures to tell a story.

Back in Australia, the world’s first full-length feature film was the hour-long The Story of the Kelly Gang, made in Melbourne, in 1906. Naturally, it featured horses. A stream of westerns and bushranging sagas was to follow.

So, without the horse those film industry pioneers would have faded into a celluloid sunset. Let’s look at some of the great moments in equine cinema.

“I wasn’t sure if I’d like this film, but I’m glad I gave it a chance. This is just the type of film we need right now and I loved it. Watched it twice already! Amazing cast telling the inspiring story of Michelle Payne, the first female jockey to win the Melbourne Cup despite facing odds of a 100 to 1. It shows just what it takes to get to the top, despite all the highs and lows behind the scenes. Worth a watch for sure.” — Charlotte Dujardin

Released at the end of September, 2019, Ride Like a Girl was a winner with moviegoers. After less than two weeks in cinemas it became the highest grossing Australian film of 2019. Directed by Rachel Griffiths, it stars Teresa Palmer as Michelle Payne and Sam Neill as her father, Paddy. (Michelle’s brother Stevie Payne, who played himself, received critical acclaim for his performance).

According to producer Richard Keddie, making this film was very, very scary. “It nearly killed us. I don’t think I’ve ever felt as much anxiety on anything I’ve ever done as when filming the horses because I didn’t want any of them hurt, nor any jockeys nor crew. We had 60 people just on our horse-racing unit. I’d say we took a lot of extremely careful, calculated risks — we got right in there amongst it. We smashed six cameras with horses’ hooves, so that’s an example of how ‘in there’ we got! But we didn’t hurt a horse, which was amazing.”

The horse master was Chris Symons, a Melbourne jockey and Channel Seven’s race day host. “It was my first time working on a movie; very exciting,” says Symons, whose support team included his wife, Sam, and Peter Patterson, clerk of the course at Flemington. They were kept busy managing 36 horses, recreating races and ensuring scripts contained accurate horse terminology.

“Lord Oberon was one of four used to play Prince of Penzance,” explains Symons, who owns an animal farm on the Mornington Peninsula. “He’s remained with me and joins in my race day interviews on TV — he’s now known as Kevin from Seven!”

It was his friend, Peter Patterson, who trained the film’s female lead Teresa Palmer, who had been instantly attracted to the achievements of the Payne family in signing up for the role of Michelle. “Only later did it hit me that I would have to learn how to ride like a jockey,” she laughs. (Aged nine she had trotted ponies around the Templewood Riding Centre in the Adelaide Hills, which was not quite as challenging!).

“Peter Patterson’s father, ‘Patto’, actually trained Michelle when she was an apprentice,” explains Teresa. “So, having his son as my trainer was quite special. Peter worked with the horses for six months before the shoot. I only had three weeks of racing training prior to filming, first on an Equicizer and then on to the real thing, beginning with a pony and then to a proper racehorse. One exercise was to make me let go of the reins, hold my arms up in a T-shape so I just had to use my legs to hold on, and try to be one with the horse.”

All this concentrated, intense training paid off when Lord Oberon bolted between takes — and Teresa didn’t get hurt. “We were shooting the scene at Flemington and Peter was riding the safety horse telling me to ‘hold the —- on’. I was in the jockey position and becoming so fatigued my legs were shaking. But I was able to stay on, and when Lord finally slowed, I jumped off. I’d say this was the most physically demanding role I’ve ever had.

“The movie’s feedback has been really positive and encouraging, and I’m really pleased to have put out that feminist message to the world. This is a pivotal film for women to see. Despite facing adversity, she just pushed through and continued to chase dreams.” 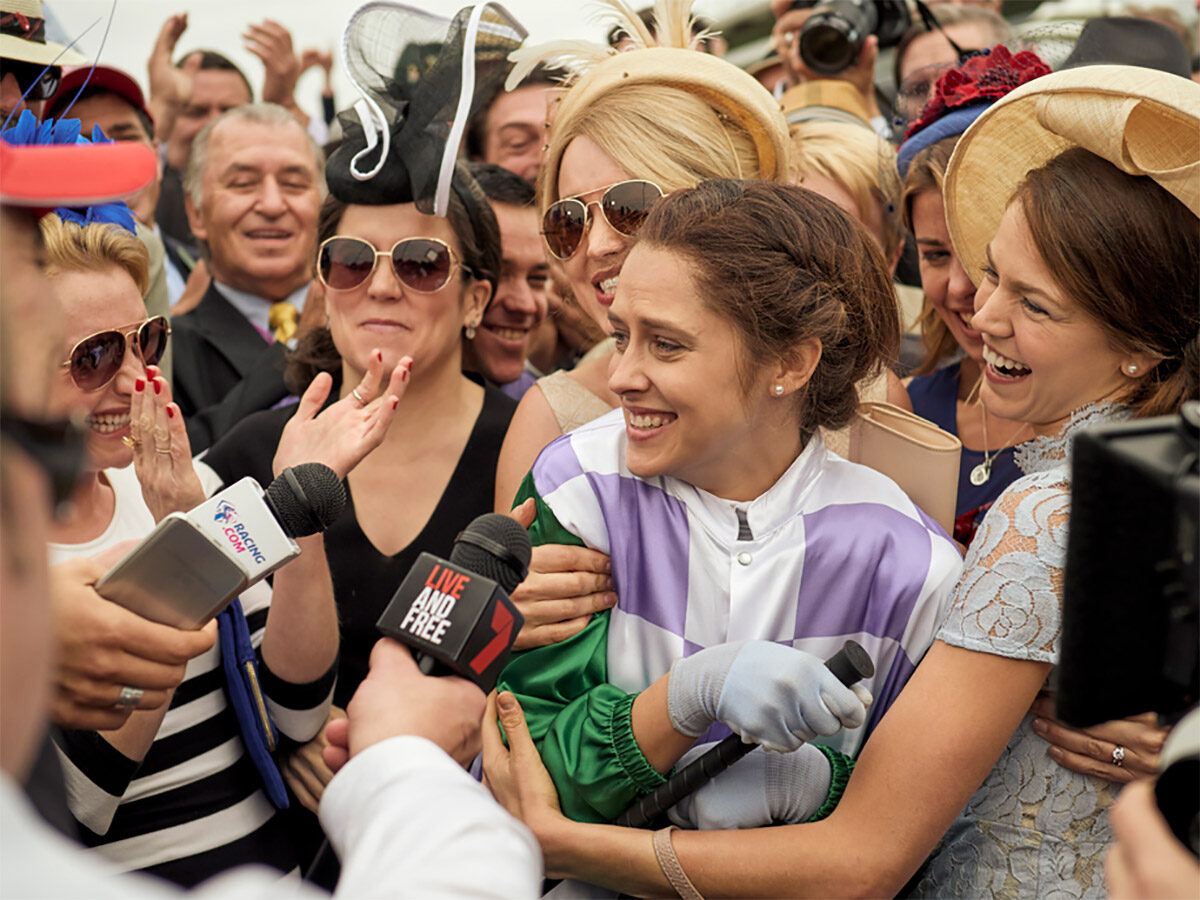 Ride Like a Girl was a winner with moviegoers. © RLAG 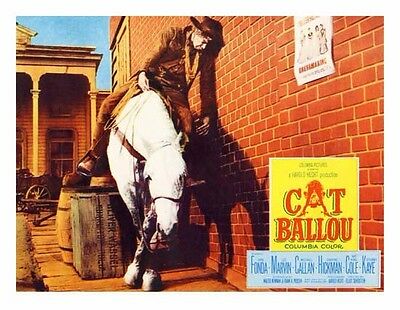 Marvin and Smokey in Cat Ballou. 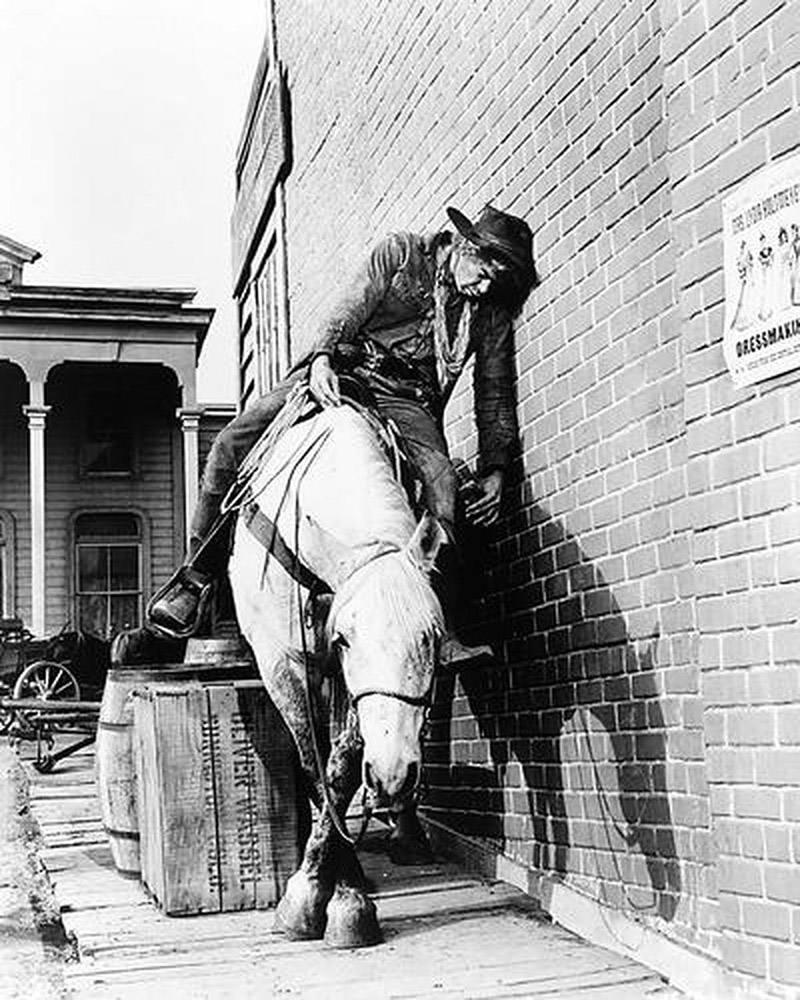 It took a few sugar cubes to pursuade Smokey to act the 'drunken' horse in this scene from Cat Ballou.

“Half of this belongs to a horse somewhere out in the San Fernando Valley,” said Lee Marvin in accepting a Best Actor Academy Award for this 1965 western comedy. He played a dual role of two gun slinging brothers opposite Jane Fonda as the title’s character.

Marvin was referring to Smokey who was the “drunken” horse in the unforgettable sequence where they were both leaning against a wall in a very inebriated condition. Smokey had his legs crossed and Marvin had passed out on the saddle. Many years later he joked there was nothing remarkable about his winning the Oscar; he’d struggled with alcoholism for a long time. “Let’s face it,” he said, “I’d been training for that role for years!”

It was Elliot Silverstein, the director, who had asked for that famous shot, but he’d been told by the trainer, Clarence V. ‘Fat’ Jones, that horses don’t naturally cross their legs; it might just be possible if he could work with Smokey for a couple of days. “You’ve got an hour,” barked Silverstein.

From 1912 to 1975, ‘Fat’ Jones owned and rented almost all the livestock and wagons seen in western movies and on TV, including Smokey. Jones worked on the horse by plying him with sugar cubes while crossing one of its legs over the other time after time. Finally, Smokey’s legs stayed crossed long enough for the cameraman to capture the memorable moment.

Like Marvin, Smokey also won a trophy for his work in the picture, receiving the Craven Award for excellent animal acting. Named in honour of Richard C. Craven, the first director of the Hollywood American Humane Association, it recognised animals that would normally have had no opportunity to appear in a starring role.

A few years later, director Silverstein made A Man Called Horse with Richard Harris, which received a Bronze Wrangler Award. Since 1961 this award has been presented annually by the National Cowboy & Western Heritage Museum to honour the top works in western music, film, television and literature. A recent recipient was Tarantino’s Django Unchained, which not only featured horses but included scenes of huge herds of wild buffalo and elk. EQ

Next time: Behind the scenes on National Velvet, and other horse movies from around the world.