The welfare of the horse is of paramount concern to almost everyone involved with horses, but with activists focusing on the use of the whip, does it make any difference and where does the science stand? 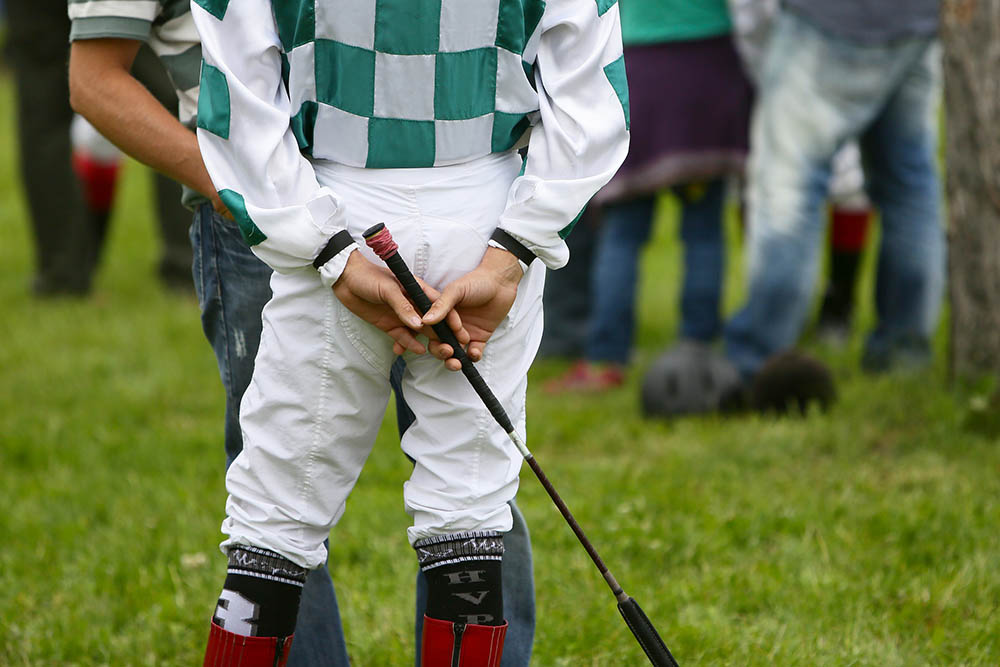 Two recent studies have built upon ten years of research into whip use in racing.
Click here to discover Virbac’s horse health hub

“A correctly trained
horse will respond to
a light touch.”

As we learn more from science about the sensory and emotional capacity of horses, it is apparent that horses are sentient beings, and are very sensitive to their environment. Your horse will notice something as seemingly minor as the change in the location of a bucket in the arena, for example.

Even a horse relaxing in the paddock in the sunshine will feel a tiny fly land on his skin and flinch to remove it. Horses can find even a fly annoying and unpleasant enough to rouse them from their reverie to run around the paddock to escape. This sensitivity makes it possible for most equestrian traditions, from classical dressage to western and endurance, to emphasise the importance of correct use of the aids and using the lightest aids possible to get the horse to perform his task.

A correctly trained horse will respond to a light touch, but in training we sometimes do need to use a strong aid, partly to encourage the horse to respond to the first, light, aid. A sharp kick, a spur or a tap with the crop can help the horse understand and choose the response we want. He will pay attention and respond to the light aid if he knows that a stronger more unpleasant aid will back it up if he ignores the first aid. We will often use a whip to give that stronger aid.

Equestrian sports and racing have been in the spotlight of the animal welfare protagonists in recent years. Researchers have been investigating the questions, “What is the experience of the horse when the whip is used?” and “What is the effect of using the whip?” Two important studies have been reported this year in the peer reviewed open access journal Animals, addressing these questions; these two articles are part of a body of work done over the past 10 years on whip use with horses, and these studies are building up a picture. The racing industry is often the focus of research with horses, and this is the case with both studies, but the findings are relevant to equestrians as well. Both of these studies were funded by the RSPCA in Australia.

Firstly, let me tell you about an interesting study to answer the question, “Do horses feel pain when they are whipped?” (A Comparative Neuro-Histological Assessment of Gluteal Skin Thickness and Cutaneous Nociceptor Distribution in Horses and Humans, full citation at end). Researchers compared horse skin to human skin, looking under the microscope to compare skin thickness and the distribution of pain-detecting nerve cells in the skin. Of course, form follows function, so the idea behind the research is that we know what pain feels like to us, so if we look at the skin and nerves involved in our experience of pain and compare it to the skin and nerves of our horses, we may be able to have a kind of estimation of what the horse experiences. The researchers obtained skin from dead horses and humans, sampling skin over the buttocks, where racehorses would be whipped. They found that although horse skin overall is thicker than human skin, the extra thickness is in the deeper layers below the pain receptor cells, so in fact the thicker skin does not give horses extra padding from the effect of the whip. 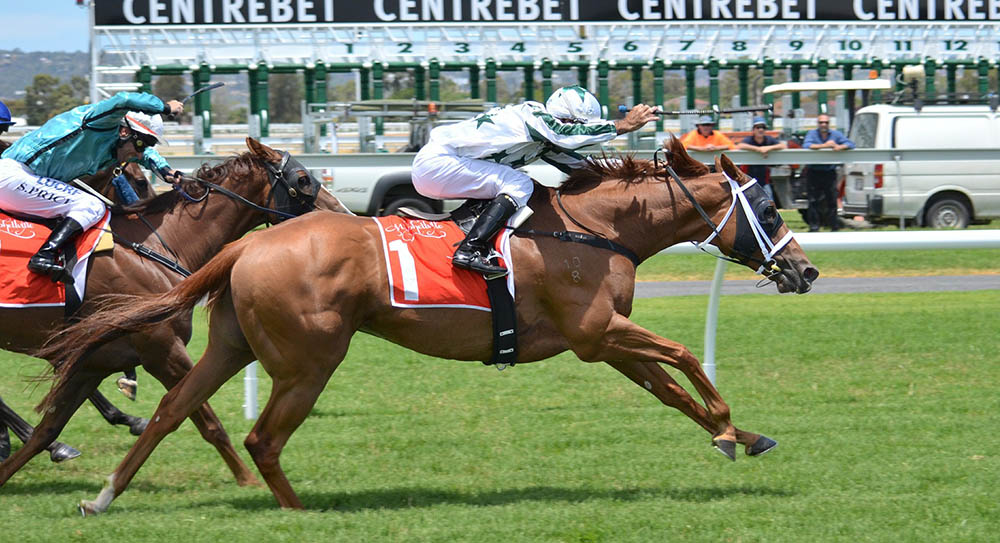 The International Society for Equitation Science believes that the use of the whip in racing to encourage a horse to go faster “is not supported by learning theory”. 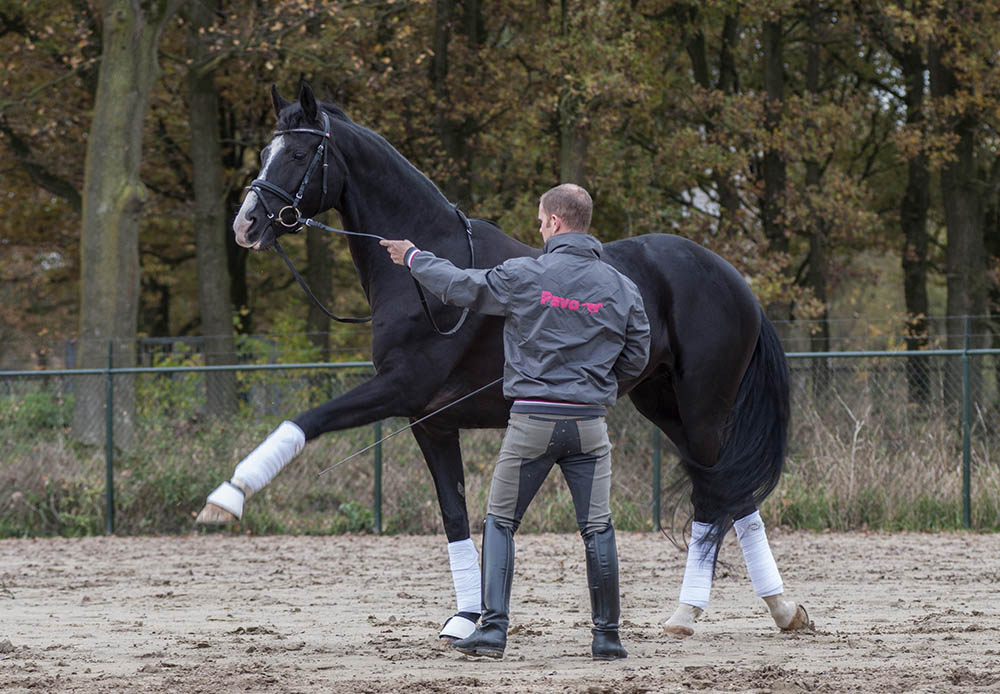 Classical trainers all the way from Xenophon have taught us that kindness and light aids get good results - just ask expert trainers such as Tristan Tucker!

“Whipped horses do
not seem to go faster
or straighter.”

The distribution of pain receptor nerve cells was not significantly different in horses and humans. This suggests that a horse’s experience of pain from being whipped is probably quite similar to our own. The researchers did a very detailed and comprehensive analysis of the data they had. Mares and geldings, and men and women, were identified and compared with no significant difference found. An unexpected finding across the group of horses was that the right side tended to be significantly thicker than the left, but that extra thickness was in the deeper layers. The authors did not really offer any suggestion of what may explain this asymmetry. That is a question for further research.

Traditionally, racing people have believed that whips have helped make racing safer by aiding the steering of racehorses, reducing interference, and improving finishing times. Racing rules internationally have been changed to limit the number of times a jockey may strike a horse, in the hope that this makes it fairer and in line with a concept of racing integrity, related to fairness in sport. British Racing rules explain that use of the whip “is restricted to safety, correction and encouragement. By ‘encouragement’ we mean using the whip as an aid to activate and focus the horse, so the horse realises its potential by giving its best”.

In October this year, a study was published that examined if the evidence supported this belief (Is Whip Use Important to Thoroughbred Racing Integrity? What Stewards’ Reports Reveal about Fairness to Punters, Jockeys and Horses, full citation at end). In Britain there are “hands and heels races” (Whipping Free, or WF), where whips are carried but not used. Researchers compared 67 WF races with 59 normal races (Whipping Permitted, WP) that were chosen as they matched the WF races in regards to things like distance, the number of horses and the racetrack. The stewards’ reports were examined and compared in great detail. There were no significant differences between the stewards’ reports on WF races and WP races. Specifically, there was no difference in the number of events reported, nor in movements on the track. There was no difference in interference or jockey related incidents. There was not any difference in race times. Whipped horses do not seem to go faster or straighter. Whipping does not improve steering. 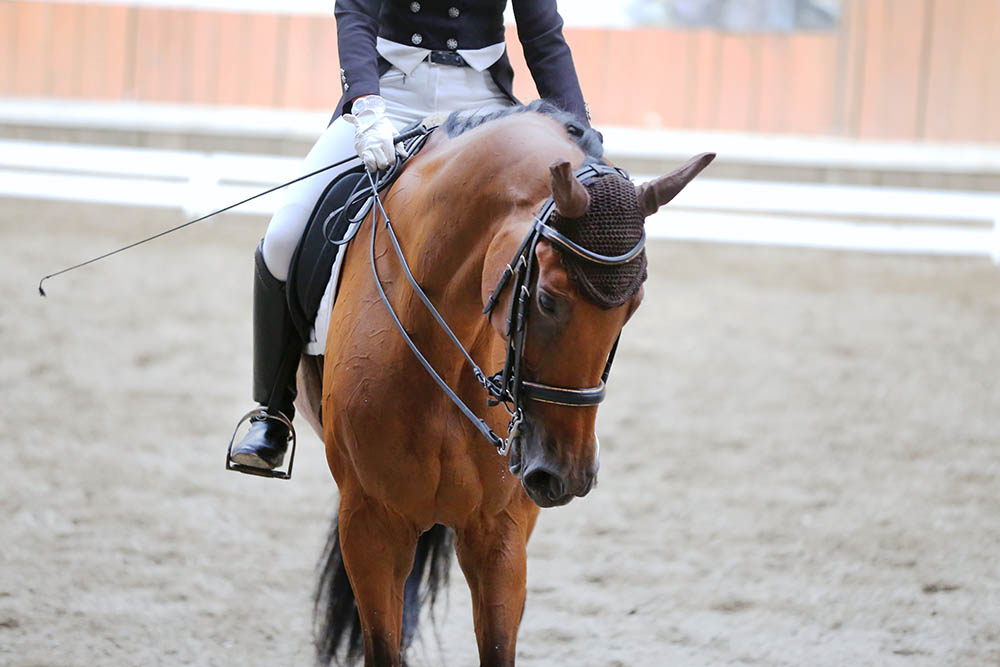 We will of course continue to use the whip as an aid to help us be clear to our horses in the equestrian world, but we should always start with a light touch.

“We know punishment
is not an effective way to
change behaviour.”

The authors of this paper did discuss possible ways to understand the effect and concluded that there was no evidence “to commend the use of the whip in horse racing” and acknowledged that in fact WF races could be adopted more widely to “alleviate increasing public discontent with horse racing”.

The authors of the paper on skin do discuss that pain is a very subjective experience, and that we cannot know what the horse feels, but this research is a significant contribution to our understanding. We should be mindful that just because the horse is so much bigger and does not necessarily let us know that they experience pain, it is now evident that a strong hit with a whip is likely to be experienced as pain. Strong use of the whip is punishment. We know punishment is not an effective way to change behaviour.

A few decades ago, parents and educators thought that it was okay and even required to punish even small children to help them learn. “Spare the rod and spoil the child” was a catchcry. Modern teachers would not dream of spanking or caning a child. We know better now. We use encouragement and praise to motivate children. We know that rewarding good behaviour is the most effective way to train anything, whether it’s children, elephants, husbands or horses.

As equestrians, we need to be informed by the science that is becoming available to us. The International Society for Equitation Science (ISES) recommends that when using aversive stimuli (i.e. the whip), “the removal of the aversive is more important than the application” — that is, timing is everything. ISES believes that the use of the whip in racing to encourage a horse to go faster “is not supported by learning theory”. A horse is unlikely to discriminate between whip use to encourage speed when increasing speed is physiologically possible (negative reinforcement) and whip use to discourage slowing when increasing speed is physiologically impossible (positive punishment). In racing, whip use is greatest in the final stages of the race when the horse is tired, and thus it becomes positive punishment — which is most effective in discouraging behaviour. Without clear timing, predictability and consistency in whip application, the horse may enter a nervous system state of hyperarousal, resulting in a flight or fight response, or even freezing — none of which is useful for the jockey or of benefit to horse and rider safety. In addition, the ISES believes that whipping in racing is aversive beyond the levels they consider to be acceptable, due to the pain and distress it can cause.

Classical trainers all the way back to Xenophon have taught us that kindness and light aids get good results. We will of course continue to use the whip as an aid to help us be clear to our horses, but we should always start with a light touch. Squeeze with the leg, then kick, then tap with the whip if the response is not enough. We may need to back it up with a sharp tap, but repeated hard smacks are more likely to inflict pain that your horse will only want to run away from, so may not really enhance your training, unless you are training him to run away from you.

Another way to use the whip in training is recommended by Podjahsky, where you can use the whip to softly tap the rhythm of the piaffe steps. He feels the rhythmical light touch and it encourages him to follow the rhythm. This is a light touch that does not inflict pain.

I once bought a trained horse who responded to the changing of the whip from hand to hand and generally lifted his game when he felt me move the whip to the other side. Clearly this was learned, but is a good example of the lightest use of the whip. As Tom Roberts taught us, the kindest thing you can do for your horse is train him well, as a well-trained horse is welcome anywhere. There are going to be times when a strong aid is necessary, but know what you are doing and use the strong aid to support the light aid, and quickly reward the horse when he does what you ask. EQ