Well, hello 2021… an Olympic year with the Olympics in Tokyo due to start on 23 July. Last year was a bit of a shemozzle due to Covid-19, which caused the Olympics to be postponed, and for much of the year we were unable to run international competitions — or competitions of any sort, for that matter. 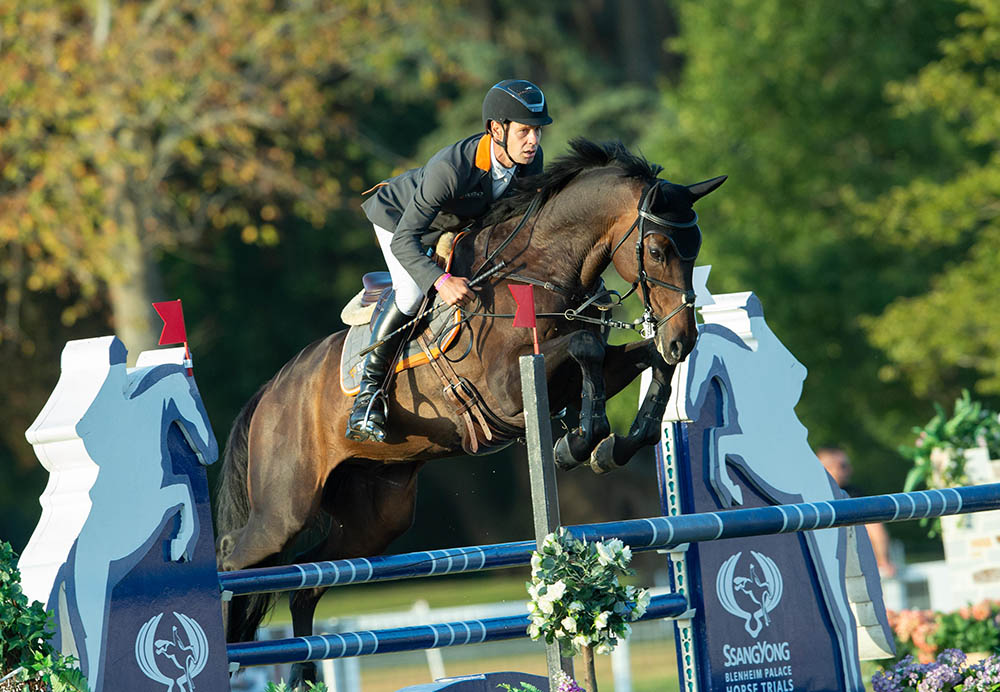 Chris Burton and Clever Louis. © Adam Fanthorpe
Your lifetime fencing partners . With you every step.

Dressage right across Australia is still struggling to run international competitions due to the fact that they need to import at least three judges from overseas for the competition to be recognised by the FEI as an event at which Australian riders can qualify for the Olympics. At the moment, no international visitors or judges can fly into Australia — except perhaps from New Zealand. It’s that simple, so dressage organisers cannot run Olympic qualifying events for Australian-based riders. That is a bit of a disaster. In the disciplines of eventing and show jumping, international Olympic qualifying competitions are possible in Australia and are not inhibited by the three international judges’ requirement.

1. Chris Burton still reigns supreme as my No. 1 selection courtesy of three horses, all of whom have great results in CCI4*L and CCI5*L competitions. At the moment Chris’s best score is on a horse called Clever Louis at Boekelo CCI4*L in the Netherlands on 10/10/19. Clever Louis and Chris finished on a great score of 26 penalties neat.

It is worth keeping in mind that the British are likely to be the team to beat and a British girl, Laura Collett on her horse London 52, won the CCI5*L at Pau in France on an unbelievable score of 21 penalties.

2. Shane Rose stays as my No. 2 selection and he has very clearly moved in close to Chris Burton on his lovely young mare Easy Turn, who recently won the Wallaby Hill International Three-Day Event’s CCI4*L on 6/12/20 with a magnificent score of 26.6 penalties. This is just 0.6 penalties behind Chris and Clever Louis. Shane won this event in 2019 again on Easy Turn, who is just nine years of age. Extremely exciting. Shane also has his older international horse, Virgil, who continues to also show outstanding form and is up for Olympic consideration. 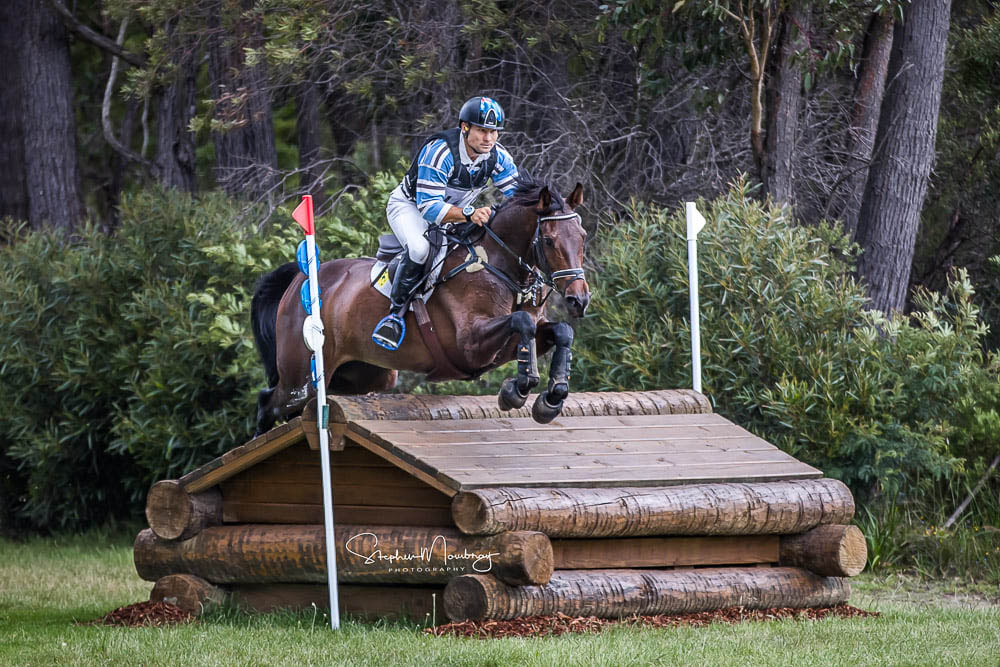 3. Stuart Tinney on his young horse Celebration, with whom he won Werribee CCI4*L in 2019, was second to Shane and Easy Turn in Wallaby Hill’s CCI4*L with a wonderful score of 27.3 penalties. This is just 0.7 penalties behind Shane and Easy Turn. Stuart and Celebration were the only combination to finish on their dressage score. Stuart also has the young horse Leporis, who came third at Wallaby Hill behind Celebration.

Right this moment these three boys are in mighty form and all three of them have the potential to improve on these very impressive scores. I say “right this moment” not light-heartedly. All three boys have to maintain these horses in spectacular health and continue to improve. That is what it is going to take for Australia to challenge for Tokyo gold medals. Tokyo is seven months away and fortunes can change many times over in seven months.

The next seven riders and horses are tucked in tight behind these three boys and absolutely do have the potential to muscle into the Australian team. This would mean pushing one or more of the boys out of the team going to Tokyo. That’s not quite right as a travelling reserve will go with the team. So here are the remaining seven. As I said, things are tight and there are two girls and Andrew Hoy tying for fourth position with a score of 32.5 penalties.

= 4. Sammi Birch on a horse she bred in the Hunter Valley, NSW, and called Hunter Valley II. Sammi is based in England and travelled to Portugal to a CCI4*L in Barroca d’Alva on 2/12/20 to win on a score of 32.5 penalties. Hunter Valley II very nearly made the Australian team for the World Equestrian Games in 2018 in the USA.

= 4. Amanda Ross riding Koko Popping Candy also scored 32.5 penalties at Wallaby Hill in the CCI4*L on 28/11/2019. Amanda is based in Victoria and due to Covid-19 has been more restricted by lockdown than all of the other nine listed riders.

= 4. Andrew Hoy and his horse Vassily de Lassos travelled to Pratoni in Italy to score 32.5 penalties in the CCI4*L on 5/11/20. Andrew is also based in England. 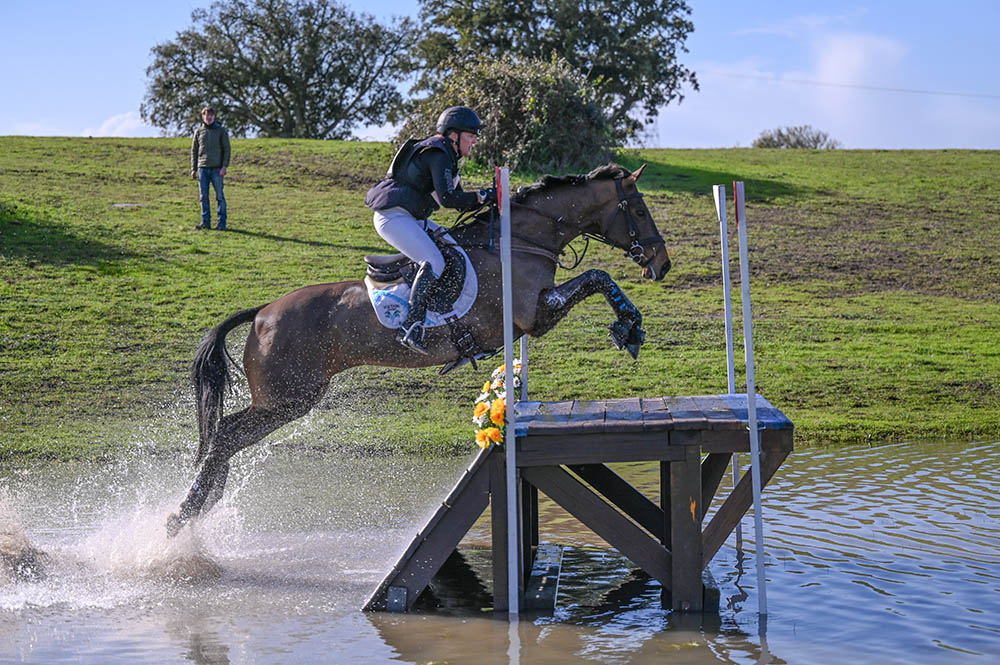 10. Cathryn Herbert and Femme de Renaissance are the big movers this month. The pair scored 39.7 to finish fourth behind Shane Rose and Stuart Tinney in the CCI4*L at Wallaby Hill International Three-Day Event on 6/12/20. This is an example of what can happen when a rider achieves a stand-out score at a crucial event such as Wallaby Hill!

At the moment those Australia riders based in England are hunkered down surviving a bitter winter and also surviving Covid-19, which is giving the northern hemisphere a very tough time. We are pretty lucky to be living here in Australia. The next big event in Australia is the Sydney International Three-Day Event, which will be held in early May 2021 — just two months before the Olympics.

So now for the dressage team. Once again I am listing the riders simply on their best dressage score in the Grand Prix test at a CDI3* star or 4* star competition — and one of the judges at these competitions has to be a 5* star judge from outside the country at which the competition is being held. As I understand it, the Tokyo Olympics will accept qualifications gained before the cancellation of the 2020 dates. However, with Covid-19, the Australian-based riders have little or no opportunity to improve their scores simply because no judges outside of Australia (except New Zealand) are allowed to fly into the country in the foreseeable future. Thus no CDI dressage competitions. This is going to be very tricky. 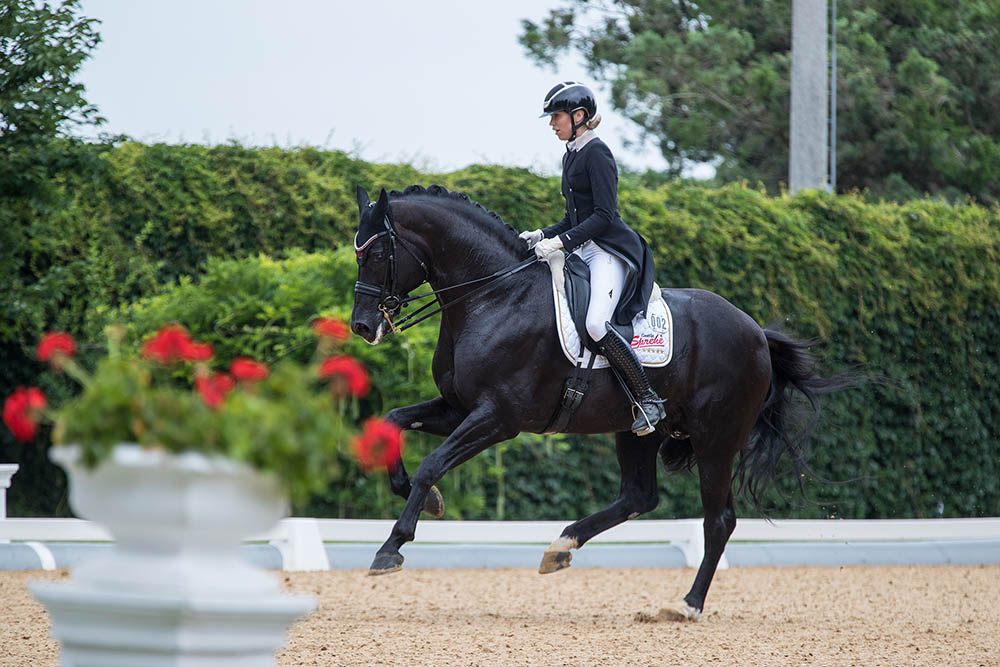 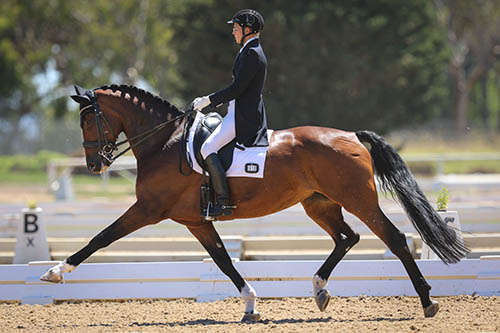 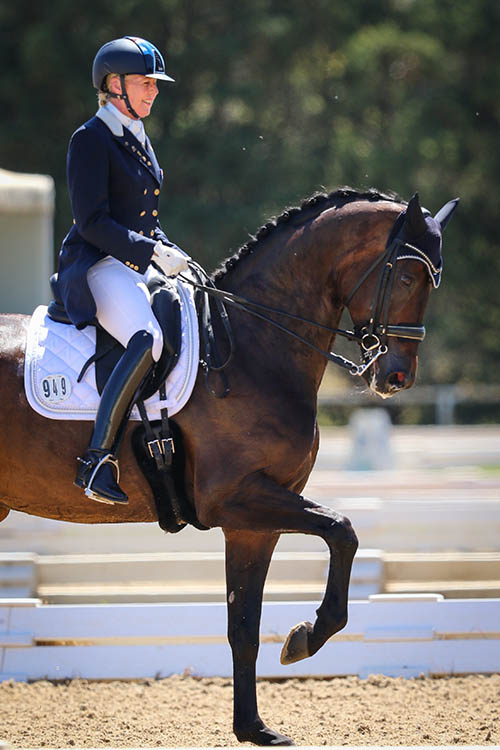 1. Simone Pearce riding her horse Destano scored 76.261% at Brno in the Czech Republic on 29/8/20. This is an Australian Grand Prix record and Simone has just burst onto the Grand Prix dressage scene. Had the Olympics not been postponed, Simone Pearce would have had to wait another four years until Paris 2024 to challenge for a place in the Australian team. Who knows who and what will be happening in another four years? Amazing, cancel the Olympics for one year and somebody who wasn’t in contention becomes the No. 1 consideration for an Olympic team. Amazing!

On 14/12/20, just a couple of weeks ago, the Victorian Dressage Festival at Werribee in Victoria was run under national rules (CDN). At that competition the Grand Prix was won by Lone Joergensen on Corinna with a score of 73.949%. This score does not count because it was a national competition as opposed to an international CDI competition. Normally the Dressage Festival at Werribee is a CDI, however, as I have explained earlier in this article due to Covid-19 and not the correct overseas judges, this result cannot be used in our Australian qualifying and selection process as it currently stands. Lone Joergensen and Corinna are currently ranked sixth in my mathematical rankings above. If this score of 73.949% were admissible that would raise Lone up the list to second, just ahead of Kristy Oatley and Du Soleil.

Covid-19 has inadvertently trapped the Australian dressage world in Groundhog Day and no matter how much somebody improves, we are all going to keep going around and around in a repeat circle. I think the Australian selectors need to have a crisis meeting and readdress some of the selection criteria and communicate these changes to all Australian dressage riders. This needs to be done sooner rather than later.