Where else in in the world can you find a more diverse mix of horse sports than what we have in Australia? Equestrian Life takes pride in providing the best coverage of the Olympic disciplines, and we also love the skills and excitement of all horse sports. This issue showcases the variety of what is all around us – from elite dressage and eventing to campdrafting and cutting, we have it all.

Our best dressage riders have just completed the Sydney CD-LITE – a CDN equivalent instead of a CDI, given Covid restrictions prevented international judges from attending. However, this didn’t stop a cascade of outstanding performances and the unearthing of a new Aussie Grand Prix star in Santiago, ridden by Matthew Dowsley. 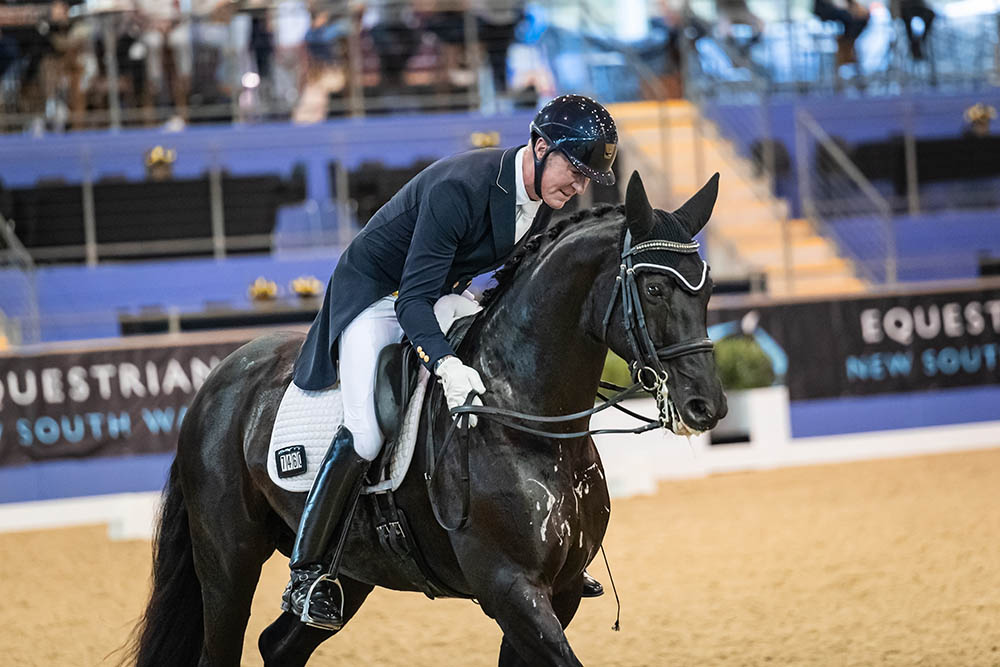 The future of our classic disciplines is in good hands if two young Australian stars featured in this issue are any indication. At just 22, Sam Jeffree is our Australian Eventing Champion after winning the CCI4*-S class at Wandin Park. Grace Kay is the definition of versatile; coming from a dressage background, she is now also highly competitive on the eventing circuit. In addition, Paralympian Sharon Jarvis hopes her new ride will get her to her third Games after they were the Grade IV Champions at the Australian Para Dressage Championships at Boneo Park.

Meanwhile, big things are happening in the bush. Willinga Park has upped the ante in the action world of campdrafting by putting a total prize pool of $286,000 on the table for its Volkswagen World Championship Gold Buckle Campdraft, including $100,000 cash for the Gold Buckle winner. No wonder defending title-holder Pete Comiskey and other big names are lining up to sort Terry Snow’s cattle!

Not to be outdone in Aussie initiative, horse-crazy Scone in the Upper Hunter has already pulled off an improbable feat. A wild idea of pitting the leading thoroughbred racing studs against each other in the cutting ring brought the house down at the National Cutting Horse Association’s Autumn Spectacular. As one participant said, it was “as much fun as you can have with…” – well, we’ll let you read the reviews!

With the Tokyo Olympics only months away, Heath Ryan looks at the Nomination Criteria for dressage riders vying to make the cut; with a lack of CDIs in Australia, things are not looking good for locally based combinations who don’t already have the required scores on the board. The race for a place on the British team is also on as we check in with eventer Georgina ‘Piggy’ March at her yard in Northamptonshire. After time out, she is back in the hunt and is again sitting amongst the best of the British eventers.

Buying a new horse can be the most daunting task you ever do in this game, but it need not be! Our Special Feature demystifies the process and, until someone invents a rider-horse match-making app, we lay down the best practical guidelines for you to find your special horse!

Training and horse health are always essential to getting the most out of riding. Roger Fitzhardinge draws on his experience as a rider and FEI judge to present his 10 top tips for the Medium Tour tests, while Kerry Mack tells how dressage training can benefit showjumping. On the veterinary front, Dr Maxine Brain discusses a revolutionary new system for assessing pain and lameness in horses.

After training, put up your feet and escape to remote islands in Indonesia, where a couple find themselves unexpectedly working with locals to improve the lives of their unique work horses. Or turn back the clock and learn the story behind My Friend Flicka in Suzy Jarratt’s popular series on Horses in the Movies.

As always, enjoy the ride! EQ

Disclaimer
The views expressed in this magazine are not necessarily those of EQ Life. To the extent permitted by law, EQ Life disclaims any liability whatsoever in relation to any advice, representation, statement, opinion or other matter expressed in this magazine. EQ Life does not accept responsibility for errors in advertisements, articles, unsolicited manuscripts, photographs or illustrations. Riding, training or otherwise working with horses and other animals can be dangerous and may result in harm or injury. Readers of this magazine should not engage in such activities unless they do so safely.
© 2021 EQ Life Pty Ltd. Copyright subsists in this magazine. Except as permitted by law, this magazine may not, in whole or in part, be reproduced, published, adapted, stored in a retrieval system or transmitted in any way or in any form, without the prior written consent of EQ Life. All rights reserved.