At last, more good news from Equestrian Australia. After almost a year since the tumultuous day when EA went into voluntary administration, we have outwardly positive signs of action and direction. EA has created a new position – Dressage High Performance Manager – and has made an excellent choice in assigning it to Brett Davey.

Brett brings real hands-on management and entrepreneurial skills as well as bum-on-saddle dressage riding experience. As he tells Heath Ryan in our exclusive interview, he is keen to listen to and involve all stakeholders in his mission and intends to hit the road and talk to them in person. How refreshing!

Brett’s appointment comes just days after the EA board appointed a new CEO, Darren Gocher, whose tenure began on 31 May after five years at Athletics Australia. EA Chair Mark Bradley described Mr Gocher’s appointment as a “significant coup”. “Given where the sport has come from in recent years, our members don’t just want change, they’re demanding it,” Mark said. “Darren’s track record of leading organisations to be financially strong and sustainable, with the right risk and governance frameworks in place, makes him the right person for this time.”

Equestrian Life welcomes the appointment of the new CEO with proven sports management knowledge and financial skills. Darren voluntarily left Athletics Australia ahead of a restructuring, saying “the time was right for someone to come in with new ideas”. We look forward to bringing our readers an in-depth interview with Darren hopefully in our July issue. 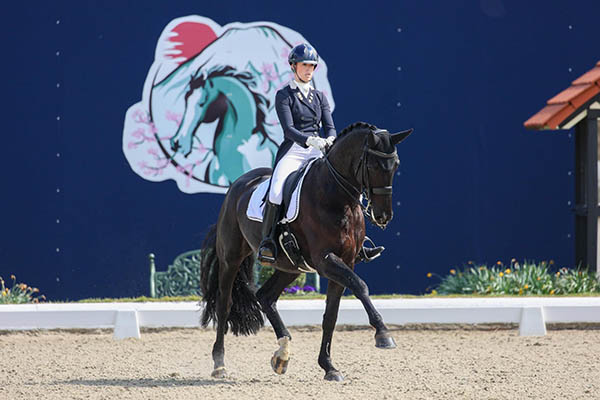 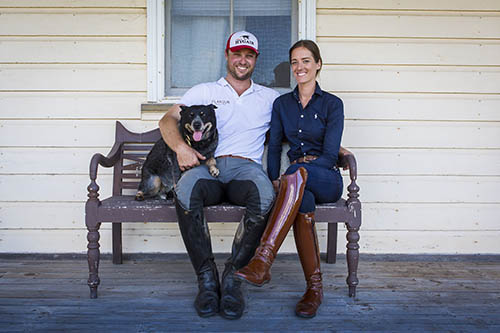 Only weeks out from the most precarious Olympic Games in modern history, we don’t expect instant results from EA’s appointments. However, it would be fair to say that Brett’s appointment will be a morale-booster for our national dressage squad.

The good news continues in this June issue, the official start to winter. Eventer Sam Lyle reveals his plans for BF Valour, aka Alfie. Sam believes the Charlotte Mavris-owned gelding has the attitude to match his talent and is aiming to take him to the CCI5*-L at the Australian International 3DE this year. Overseas, a young Aussie dressage rider is also stepping up to bigger challenges. At 21, Tayla Desmet scored over 70% at her first CDI with mare Zaubermaus – in Germany! A gutsy move that is paying off for the combo.

As the days get shorter and the mornings colder, it is important we stay focused on our reduced training time. Roger Fitzhardinge takes us through his 10 tips for riding the Grand Prix test, while Kerry Mack explains the ins and outs of lungeing.

On the health front, our veterinary expert Dr Maxine Brain explains the special care horses need over winter, while the nutritionists at KER demystify the intrigues of a horse’s digestive tract and the importance of pH levels. Willinga Park is also stepping up its commitment to equine health by developing an equine hospital that will be open to the public and feature the latest reproductive technology headed by specialist Eric Klaui.

On the property front, we visit the splendid boutique spread designed by Karen Pet, a woman who not only has an accomplished show horse career, but also knows how to drive a speedboat and is now turning her hand to dressage.

You may have noticed that the German Riding Pony is making its presence felt in Australia. This strictly accredited breed has been here for less than 20 years, yet it is now proving that its talents can be applied beyond dressage to all disciplines.

And in case you ever had any doubts about Australia’s ability to produce world-class dressage horses, we look back at the great Regardez Moi in our new ‘Where Are They Now’ series. Heath Ryan broke the rules to produce the Oldenberger stallion and took him to be among the world’s top 15. Regardez Moi, now 25, not only had his own fan base; he changed Australian dressage forever.

They say you can’t teach an old dog new tricks, but you can with horses! At 14, British General is looking for new challenges, having taken to his retraining with enthusiasm after a handsome racing career. This big, gentle chestnut is so loved by his owners, he is not for sale: they just want him to bring pleasure to a new riding companion.

And for pure entertainment value, Suzy Jarratt delights us as usual with the fascinating story behind Concrete Cowboy – featuring Idris Elba – in her Horses in the Movies series, as well as introducing us to… ta da!… our Singing Horse Dentist to the stars, Leith Ryan.

What more could you ask for? EQ