BY ROGER FITZHARDINGE
content placeholder
The Australian eventing team thrilled us all with their silver medal at Tokyo. © FEI/Libby Law Photography.
Previous
Next

Australia’s eventing team has reclaimed its rightful place as a world power by winning team silver at the Tokyo Olympics. Andrew Hoy, Kevin McNab and Shane Rose showed superb teamwork to stand tall on the podium, just behind Great Britain but ahead of France.

Germany, the United States and New Zealand were left to watch from the stands. Australia has now been decorated in the team event at nine Olympic Games, winning four gold, two silver and three bronze. Andrew is meanwhile being hailed as the “eighth wonder” of the equestrian world after also nailing individual bronze in his record eighth Olympics, aged 62. It was Shane’s third team medal, while for Kevin it was his first in his first Games. Bravo! 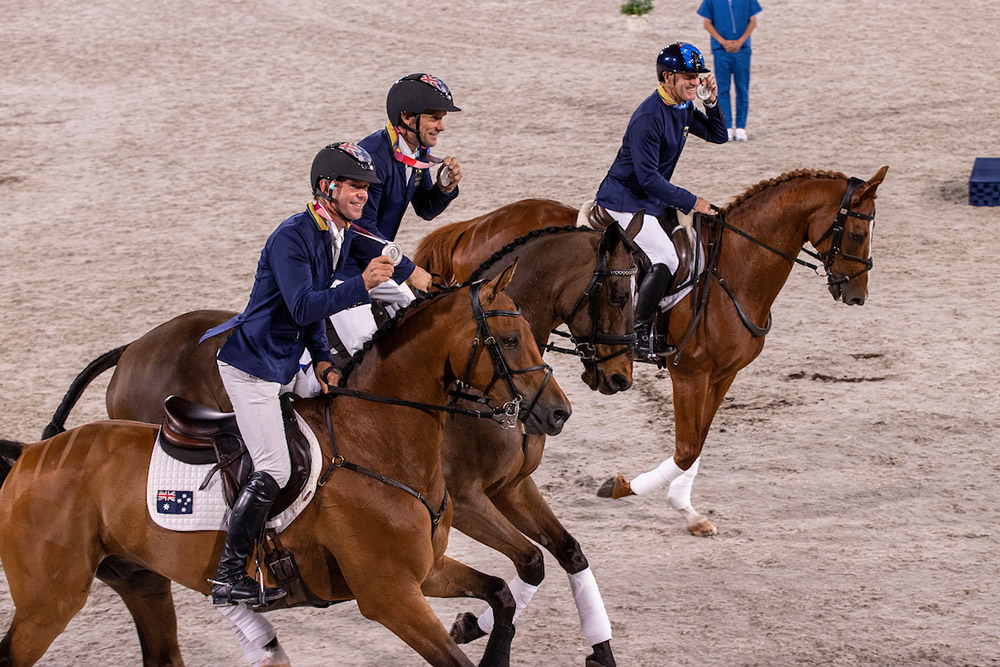 COVER: The Australian eventing team on their lap of celebration. © HippoFoto - Dirk Caremans.

Shane was the only Australian-based member of the trio and the only one riding an Australian-bred horse. In this issue, Roger Fitzhardinge retraces the career of Virgil, the superstar 16-year-old Warmblood gelding that has formed a special relationship with Shane over the years. In future issues we will also be reviewing the lessons learned from the performance of our dressage team in Tokyo.

Equestrian Australia will be particularly heartened by our Tokyo eventing success as it emerges from turbulent times. After voluntary administration and finally the appointment of new board members this year, new CEO Darren Gocher reveals his vision for EA in an extensive interview in this month’s EQ Life Magazine. This is the beginning of a crucial regeneration and rebuilding journey for EA.

Between rotating lockdowns and the tail-end of winter, it’s a good time to dream about travelling, celebrities and feel-good movies. To help you escape, pop icon Madonna tells us how she only took up riding in England in her 40s – with a little help from William Fox-Pitt – and is still loving it in her 60s back in the USA.

And make yourself a cuppa as Elli Birch transports us to the Royal Windsor Horse Show through her words and pictures. Is there anything more quintessentially English? Still in the UK, ride along with Toni Collette in Suzy Jarratt ’s account of Dream Horse, a new movie about how a run-down Welsh mining village enters a homebred horse in the Welsh Grand National.

Back home, visit the dreamland property Stonewall Equestrian created by Heath and Krissy Harris at Mangrove Mountain in NSW. They have created a world-class equestrian centre that has to be seen to be believed. Another enterprising couple, Dianne and Steven Phillips, feature in our Equestrian Families series. They have not only built a reputation for producing the best quality Australian saddles and accessories, they are also sought out by leading international suppliers to carry their lines.

Also in this issue, Roger Fitzhardinge continues his popular training series by taking us gently through the flying changes. In our Health section, veterinarian Dr Maxine Brain explains tendon sheath inflammation; while high-quality feeds derived from hemp seed are attracting interest as a good protein source; and we are reminded of the importance of vitamin K in building bone strength in horses.

Shake off those winter blues and keep pursuing your own dreams. EQ