After taking in all the action at the Tokyo Paralympics, so soon after the Olympic Games, I’m sure we all have Olympic rings (and Paralympic Agitos) under our eyes by now. But with only three years to Paris, and 11 to Brisbane, it’s worthwhile savouring our successes and analysing the lessons.

What we learn from our Para Equestrian Team is that competing really is the main game. Emma Booth and Zidane, Sharon Jarvis and Romanos, Amelia White and Genius, and Victoria Davies and Celere share with us their remarkable journeys and the joy of competing at the pinnacle of their sport. Hats off to them all and best wishes to Sharon in her new role as EA’s Para Equestrian Pathways Co-ordinator.

Still polishing his silverware in disbelief is Kevin McNab, who came off the bench at the last minute to join Team Australia at the Tokyo Olympics and ended up contributing handsomely to our Eventing Team Silver Medal. Back at his yard in the UK with wife Fiona (who is itching to get back to competition), he reflects on his luck and the talent of Scuderia 1918 Don Quidam.

British eventing great Lucinda Green gives us an insider’s view of the Tokyo 2020 equestrian competition as she saw it from the official IOC commentary box. She also expands on her observations of how eventing is travelling overall, a sport she is as enthusiastic about as always.

Delving into the bloodlines that dominated at Tokyo is our own Heath Ryan, who gives us a fascinating insight into how elite sports horses are evolving – and why some names are constantly in the mix. Also with a view to preparing for Brisbane 2032, Kerry Mack interrogates some of our Olympic greats on what it takes and offers tantalising tips for young riders who want to start their campaign early.

One Aussie who could be in the mix for Paris 2024 is showjumper Amy Graham, who already has a foot in the door, being based in Normandy. Twelve years after she left South Australia to jump into the deep end in Europe, she is a formidable name on the Euro circuit. But, as she reminds us, she remains a “fierce Aussie”.

Another Aussie who left home to further her career is Emma Weinert O’Rourke. She went to study “for a month” with American dressage stars Steffen and Shannon Peters. Twelve years later, she is back home with fabulous stories of her time in California and competing against her mentor on the pressurised US circuit. 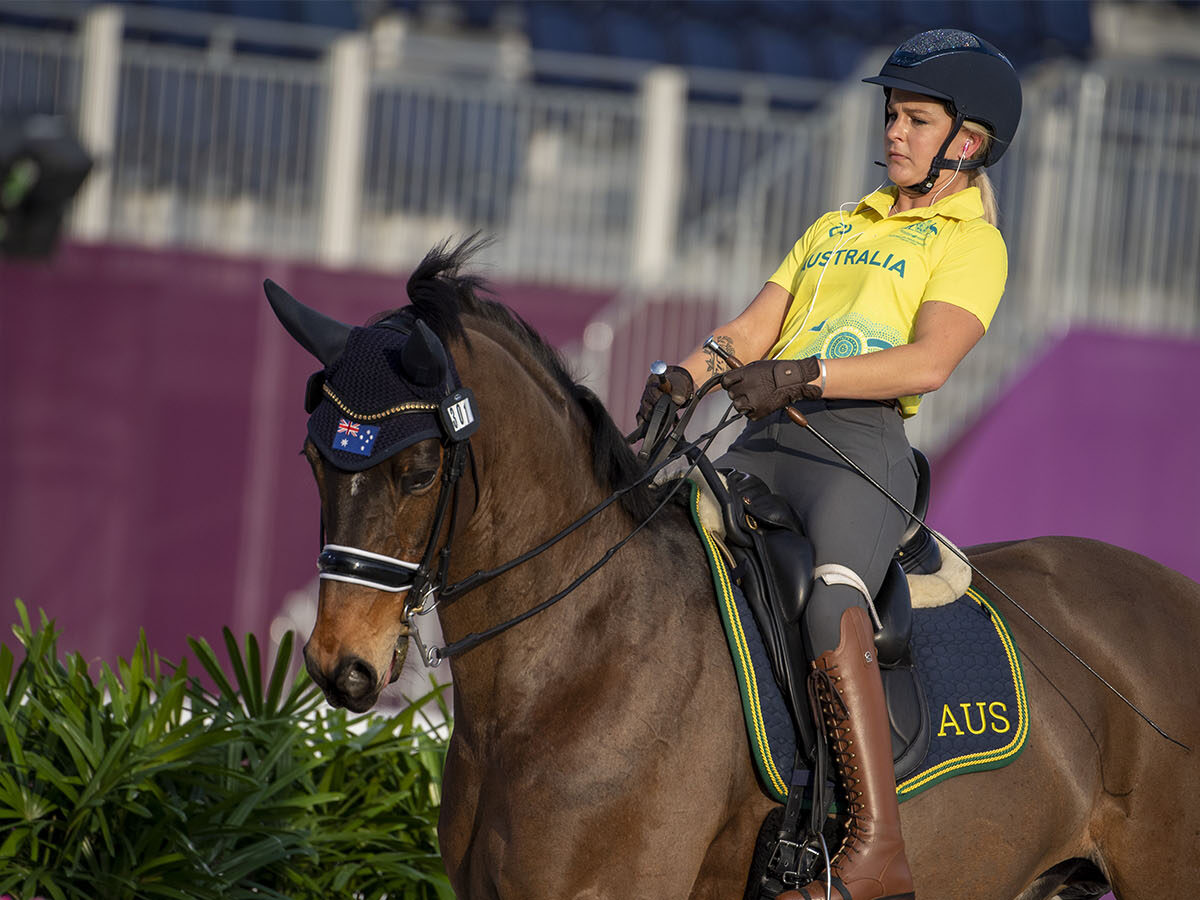 When it comes to producing great international showjumpers in Australia, no one matches the record of Diamond B Farm. Roger Fitzhardinge speaks with Helen Chugg and Amanda Madigan to discover the secrets to their breeding and training success.

If the spring air is making you think of building that new indoor or covered arena, make sure you read our Property feature before you draw up your plans. Roger and the experts at ABC Sheds take us through the ins and outs of planning… and yes, much of it is all about light and mirrors!

In our Health section, vet Dr Maxine Brain draws our attention to the risk of sepsis in foals as the foaling season gets underway. Make sure you know the signs. And with spring fever in the air, if your horse seems a little too frisky, maybe his feed needs to be “cooler”. The equine nutritionists at Hygain explain how and why.

On the mental health front, we all know how a special bond with our horses gives us a positive boost. Queenslander Elizabeth Hodges takes this to the next level at her Redgum Walers stud by using equine therapy to rebuild trust and confidence in at-risk youngsters. Not only is she giving the children a lift up, she is preserving the heritage of the Australian Waler.

Also in our Lifestyle section, you will enjoy Suzy Jarratt’s latest instalment in her Horses and Movies series. She tells of the charm of one Arabian stallion, Cass-Olé, who took to acting so well he transformed The Black Stallion of 1979 into a $40 million box office hit!