Equestrian Australia’s Dressage Committee has drafted a ‘Guide to Rider Size’ with the objective of ensuring animal welfare by encouraging a conversation with coaches about appropriate size of horse and rider. 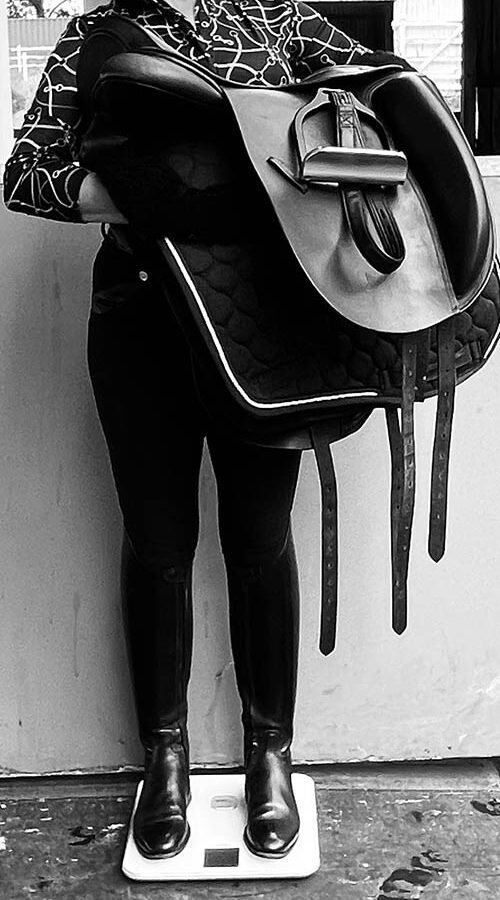 The EADC has elected to accept 20% of the horse's bodyweight as the maximum carrying capacity, and this includes gear.
Click here to discover what makes ELD arenas the obvious and best choice.

When the Great Yorkshire Show in the UK brought along a set of scales and proceeded to ask riders deemed too big for their mounts to dismount and along with their tack be weighed, the shock rang out through the showing fraternity. But it was not tactless, overzealous show officials doing the weighing – or selection – it was experienced veterinarians, whose focus was only the welfare of the horse.

That was in 2016, and now the Great Yorkshire Show’s policy has proven a success with no-one being asked to dismount at its most recent show. The show’s motive of introducing a weight limit of 20% of a horse’s weight was animal welfare. Australian judges and officials believe we can take a more “whole of sport” approach that will serve our horses and riders better, and long before a combination reaches the competition arena.

The Equestrian Australia Dressage Committee (EADC) is keen to educate owners and riders that welfare of the horse is a natural part of the privilege of working and competing with these special animals we love so much. The EADC put together a working group on how we can approach this issue of appropriately matching size and weight ratios of riders and horses.

We’ve seen previous efforts by Wendy Calabro and many judges who have sought to correct inappropriate combinations – and we’re not just talking about ponies. Maree Tomkinson, who recently stepped down as EADC Athletes Representative, wrote an article several years ago on this subject – to much negative feedback!

This time the group looked at what has been implemented in other countries and tried to drill down to the real issue that needed addressing. “We decided to begin at the beginning,” says Prue Spurrett, (former) Chair of the EADC. “We know that our parents, riders and owners want to do their best for their mounts, and the real issue boiled down to bringing everyone to an understanding of how rider size affects the horse’s athletic ability.”

Animal welfare is at the heart of all we learn when we get our first pony. Our coach teaches us how to be still in our body and light with our hands, but a good coach teaches us so much more about equitation and regard for our mounts: learning to water, feed, shelter and handle them in a way that keeps them and us safe.

“When preparing a Guide to Rider Size, we felt it was important not to penalise anyone, and to reach out, through our widespread coaching fraternity, to address the issue long before the rider enters an arena,” says Prue.

In training, in the safety of a supportive coach who understands the circumstances of each combination, the welfare of the horse is part of the ordinary education process and this will now include understanding carrying capacity through a module being prepared for release by the EADC, chaired by Sally Ann Barbera.

By taking this approach, we hope that our riding community will have a clearer picture of their responsibilities and be able to make choices in an informed way. It’s true that where the EADC has elected to accept 20% as the maximum carrying capacity, this is still a generous allowance to rider size. “We believe that bringing the riding community along with us is integral to gaining rider awareness of when their mounts are struggling to carry them athletically, and that self-awareness will generate the right decisions needed at the right time,” Prue says. 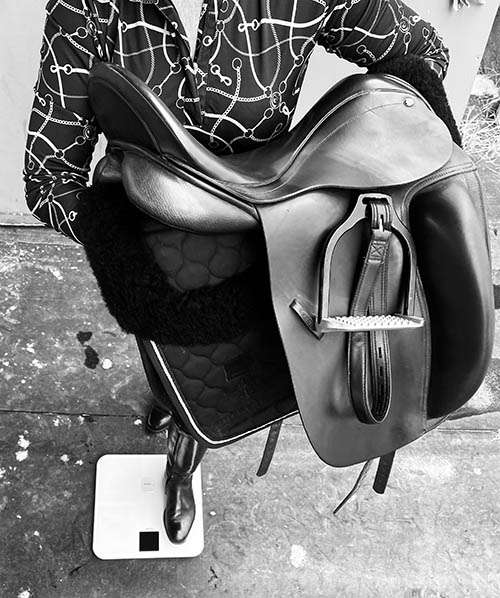 Educating coaches and riders about a horse's carrying capacity all comes back to animal welfare.

Judge educators on the working group included Sue Cunningham, Julie Jones and new EADC chair, Virginia Creed, and all support this approach as being far more effective long-term than calling the issue out during a competition. “We will always judge the quality of the performance in front of us,” Virginia says. “With the welfare of the horse underpinning our code of conduct, we must always be on the side of the horse or pony, and the movements they are able to produce, so nothing will change in terms of how dressage tests are judged.”

Equestrian Australia is fully supportive of the approach the EADC has taken, and it is now with other sport disciplines who have taken the guide on board. It is pleasing that we are now seeing other countries expressing interest and officials in New Zealand have been the first to congratulate the EADC for its initiative with the guide. We should see it being take up across the board as we head into 2022. EQ

You can access the Equestrian Australia Dressage Committee ‘Guide to Rider Size’ here.