Nicole Kidman’s career began with a collected trot then went into a canter before hitting the really big time at a gallop. And why not? She is not only an award-winning A-list actress, she’s an exceptional equestrienne too! 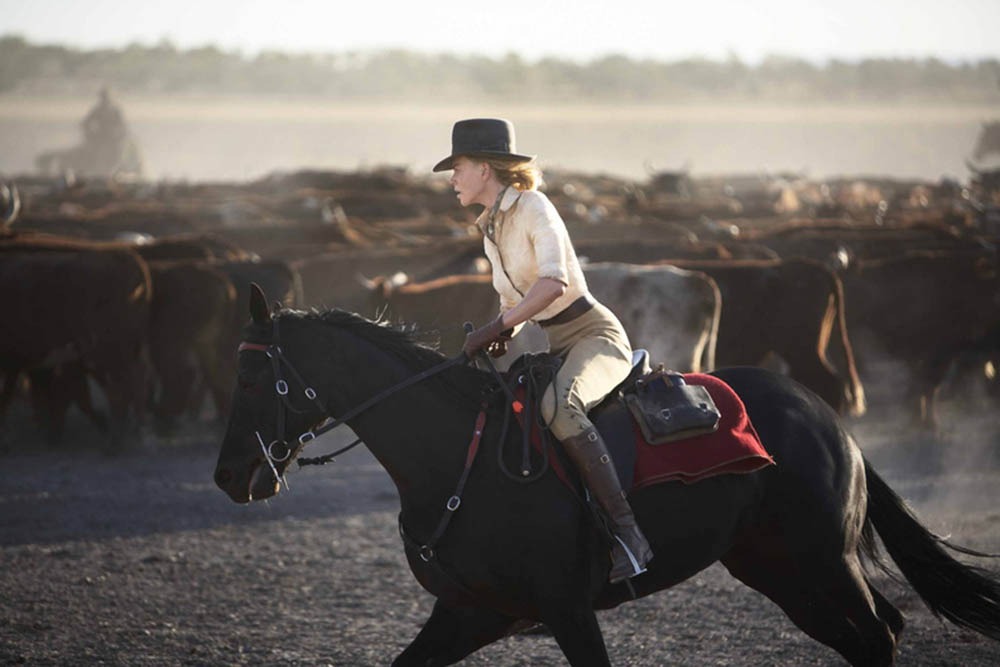 Nicole Kidman is a good rider and enjoys film roles that involve horses, such as 'Australia'. Image supplied.
Snap your foals photo to win!

“I still like to ride big,
powerful horses than can move.”

“If I had not been an actress or a ballet dancer then there is a good chance I would have found a career working with horses,” Nicole Kidman says. “I didn’t know what I wanted to be when I grew up. I liked animals and I still love going to the zoo. I loved just about all animals and birds but especially ponies, donkeys and horses; I always thought they were so lovely and probably good fun.

“I was so smitten with all animals that I was thrilled to play a sheep in a school play! I was five at the time, it was Christmas time and I learned my lines very easily – I had to bleat! I think I must have bleated very well because that was probably the start of my acting career. I don’t think I would have had much of a career as a sheep, but pretending to be a sheep was much more like Hollywood.

“It wasn’t one of those ‘star is born’ moments. I found other interests which also captivated me. It was exciting when I discovered ballet and I thought that was what I wanted to do. It was so beautiful. I loved it but then I got into mime and then into drama, so I found myself getting more and more on the path of acting. I worked hard at it and used to be involved with the Philip Street Theatre [in Sydney] where I learned so much and could try things.

“I was still at school but I didn’t enjoy it and eventually I surprised a few people by opting out of high school to become a full-time actress. A lot of people thought I was crazy but that’s okay. We are all a bit crazy, but actors are generally crazier than most. All this time I was also riding and found that there was nothing like the sense of freedom you get when you are on the back of a horse as it sped along the beach. That hasn’t changed very much, I still like to ride big, powerful horses than can move. It’s a bit frightening but that is part of its charm. I think we all like to ride because it pushes back the barriers a little – or sometimes a lot!”

Nicole not only rides for pleasure but also for her work on various film sets all over the world.

“I have been asked to ride a number of times and I always love it,” she says. “Looking at a script and seeing that it involves horses is always great. I get to know the horse as quickly as I can, trying to build a bond but also getting instructions from its owner. That’s very important. The director might want one thing and the horse prefers something else, so my job is to find that compromise which means it will work for all of us.” 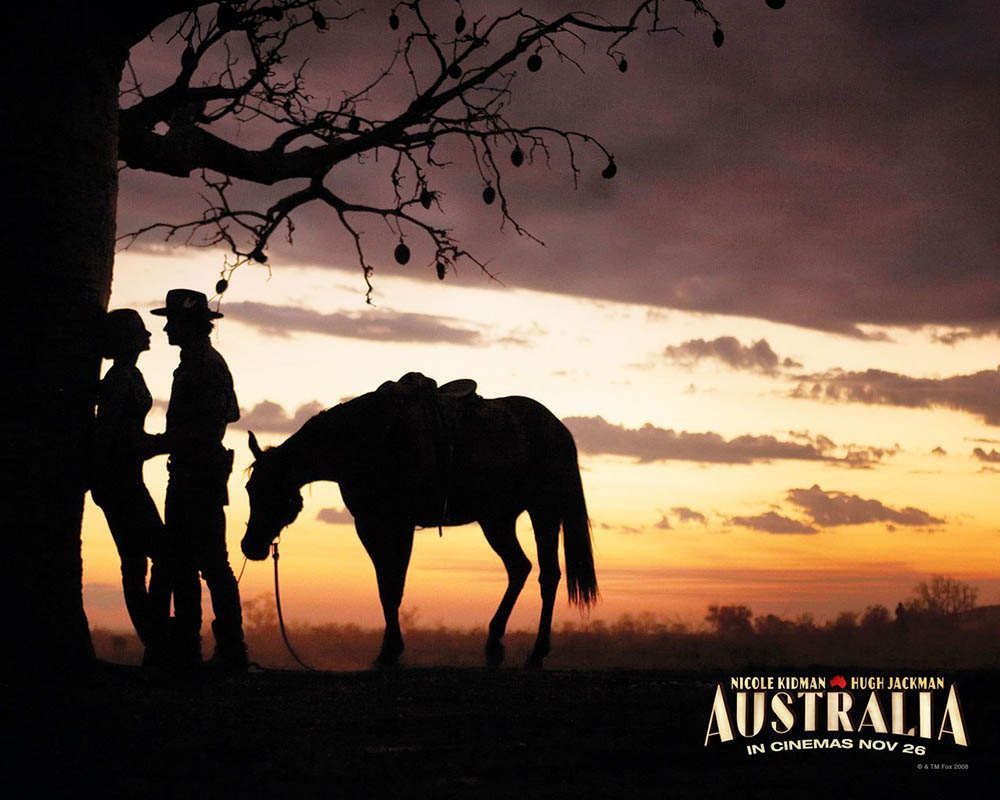 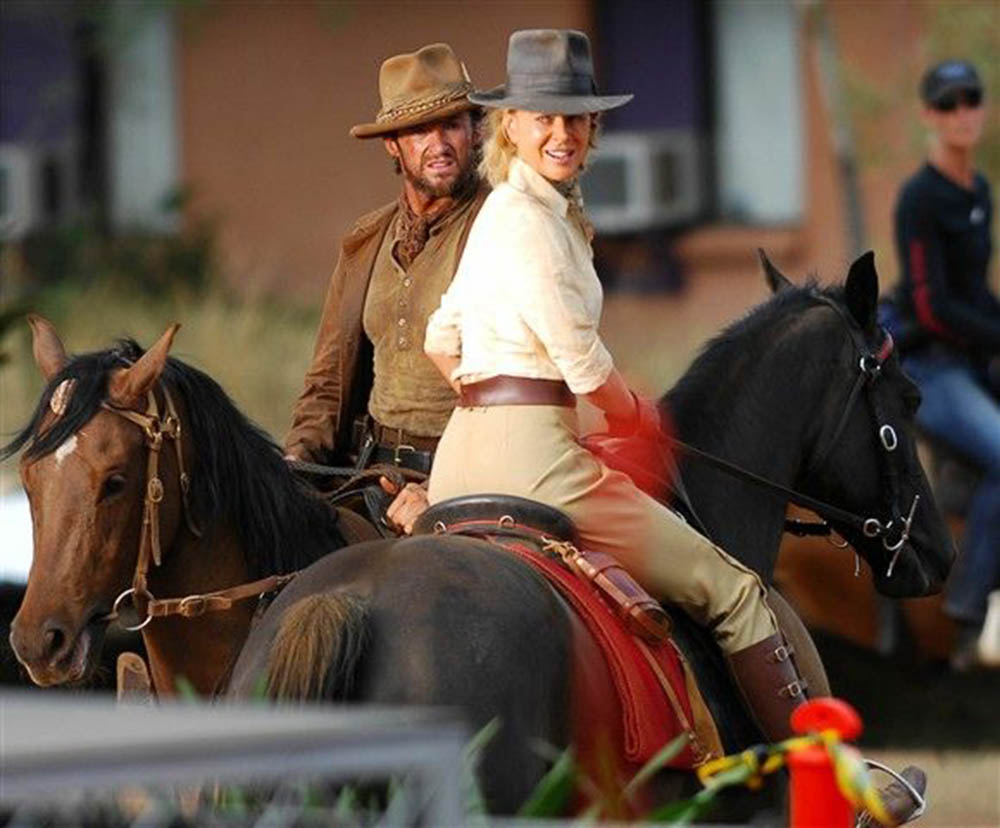 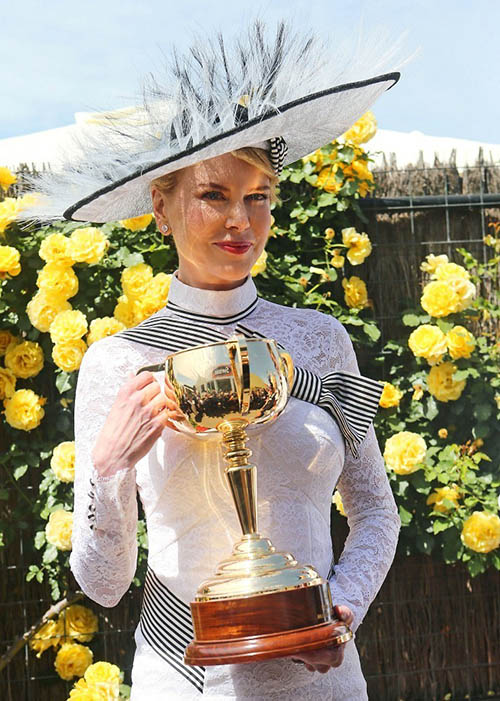 Nicole attending Derby Day at Flemington. She can't keep away from the horses! Image supplied.

NO NEED FOR A DOUBLE

Nicole attending Derby Day at Flemington. She can't keep away from the horses! Image supplied.

Nicole says that she got a thrill out of being scared a little when riding so it is very rare that she is happy for a stunt person to take her place when shooting. “I don’t get many stunts in movies but if there is a need for a horse to gallop or jump it is always me doing it because I enjoy it. In Far Away and in Australia, as examples, I had to do more than just sit on a horse and that was great; I think it looks better when the movie hits the screens. I have had a few moments when it looked like the horse and I were going to go in different directions but that can happen anytime and for whatever reason you are riding.

“I have my own horses at home, so I do ride a lot, and I like nothing better than just taking off for a few hours or having a workout in an arena. Maybe I just like time with horses because I enjoy being in the stable with them too, and even cleaning and feeding has its charms!”

Could it be that Nicole Kidman might one day forsake the bright lights of Hollywood and spend even more time with horses? “I enjoy my work very much,” she enthuses. “I don’t see myself giving it all up anytime soon, but if I did I would not spend my time living in a city with nothing but memories. I would probably live in a rural area and maybe become a farmer – or certainly engage farmers to help me run the place – and I would probably have more horses and spend a lot of my time on horseback, and maybe have an equestrian centre too. At the moment acting is really my life but the prospect of being on a horse as often as I want could be tempting. 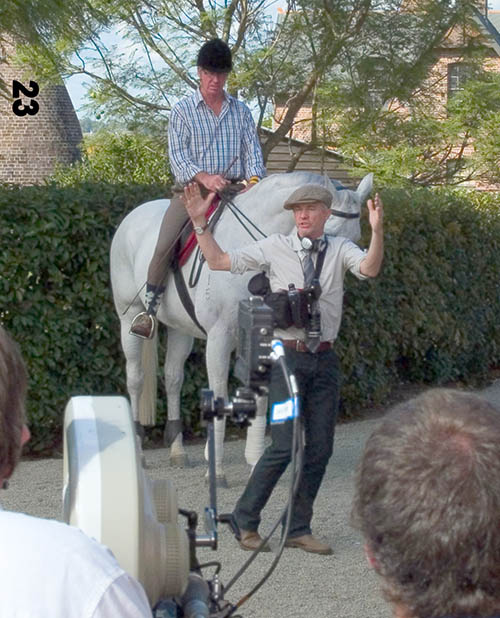 “I learned some of the cattle-rearing skills when I made Australia. I was nervous when I realised I was going to get into herding, whip-cracking and cutting out a single animal from the herd, but we had great teachers and I enjoyed it so much that I bought a herd of cattle of my own and I can do these things like a rodeo star. Well, I’m not sure if the cattle are impressed, but I can do it!”

Nicole is a very good rider just as she is such a great actress and believes the secret is in determination mixed with pleasure. “I think when you ride you have got to want to; it’s no good doing it because other people say you should,” she says. “For me it started with a love for animals and especially horses. That led to riding them and the sheer pleasure of being in their company and sharing time and fun with them. Yes, sometimes they can be difficult but then it can be difficult on a film set too. You have to think about what the problem is and find the solution and make sure that you really want to go through with it.

“Nobody has ever ridden without having a difference of opinion with a horse, but you can laugh it off, solve the problem and continue having a great relationship with an animal that really doesn’t want to let you down – a close friend, in fact. Acting works the same. It’s good to be friends with those you work with and it’s just great to be friends with a horse. 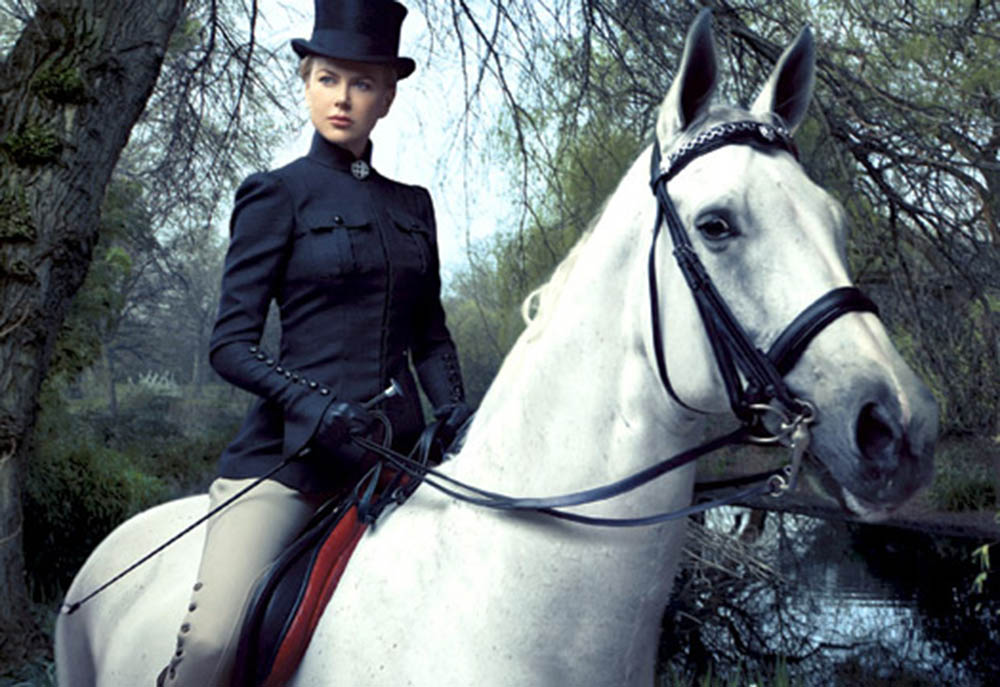 “I am still excited every time I walk onto a new set at the start of a new movie, and as long as that continues I will never give up. It is not about awards – though I am grateful for those – and it is not about money. It is not about being a star. Acting is my hobby but it is also something that lives inside you and is constantly desperate to get out. When it does it makes you so happy and excited. Riding with a horse that’s also your friend has the same feeling. I have the best of both, so I wake up every day knowing how lucky I am!” EQ