WITH EMMA FLAVELLE-WATTS
content placeholder
Most foals will endure at least one bout of diarrhoea during their early lives.
Previous
Next

With the foaling season well underway, first-time breeders will discover that, along with the bundle of fun that is a newborn foal comes an almost ritualistic bout of diarrhoea. Don’t panic, it is usually normal. In Part 1 of this series, we look at non-infectious causes of foal diarrhoea. 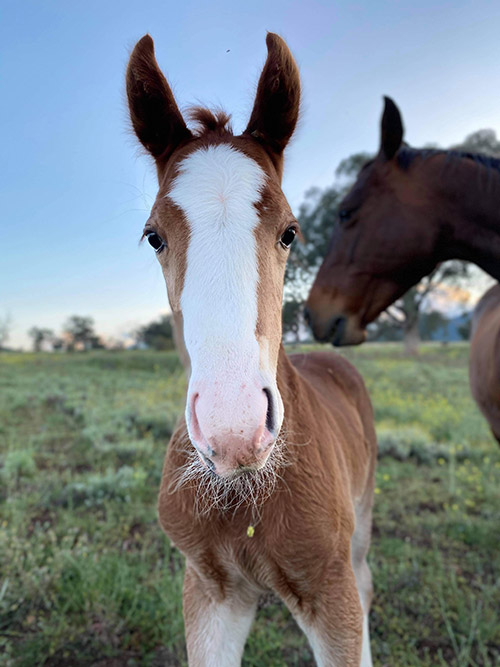 Foals are born from August right through spring to summer and in some cases even in autumn.
Click here to access our free Equestrian Building Solutions brochure

“Most foals will endure at
least one bout of diarrhoea
during their early lives.”

Springtime is here with us again, and with it comes the arrival of new life on the farm. Foals are born from August right through spring to summer and in some cases even in autumn.

Most foals will endure at least one bout of diarrhoea during their early lives, and for many the diarrhoea will be restricted to a period approximately a week after birth, colloquially know as ‘foal heat scours’. For a few, the diarrhoea will be severe and require intensive treatment, and unfortunately for some, it will be fatal.

Diarrhoea can vary in presentation from pasty faeces, seen caked around the anus and surrounding areas, to a bloody watery explosion of faecal water that covers the surrounding environment and renders the foal extremely ill in a short time. It is important to identify which cases require veterinary intervention and which cases the owner can monitor without a risk to the foal’s life.

Foal Heat Diarrhoea (FHD) or scours occurs in most foals and is thought to represent a normal physiological change in the foal’s gut. It can occur from 4-14 days of age and often coincides with the mare’s first oestrous cycle after she foals, which is why it is often referred to as FHD. It is unrelated to the mare’s hormonal levels or changes in her milk and is even seen to occur in orphan foals and foals on artificial diets that have no interaction with the mare. FHD is a self-limiting diarrhoea, meaning that after a short period the diarrhoea resolves without any treatment required. It is important to carefully observe the foal during this time to ensure it remains bright and alert and maintains good hydration. Washing the perineum and applying petroleum jelly to this area is beneficial to help prevent scalding of the area, as the faeces can burn the sensitive skin when it is not removed. The pasty faeces should resolve in 3-5 days and veterinary attention should be sought if this does not occur, as FHD can predispose the foal to other causes of more severe and prolonged diarrhoea.

Nutritional Diarrhoeas are those related to feeding and the type of feed ingested.

1. Foals that engorge themselves when nursing can get diarrhoea because an excessive intake of milk can overwhelm the normal digestive processes. This occurs when the excess milk spills into the lower intestines and allows bacteria to ferment the milk sugars. This can be seen in foals that have been temporarily separated from their mothers and so over-engorge themselves with milk when reintroduced to the mare. In mares that produce large quantities of milk (heavy milkers) foals can be easily overfed, as greater quantities of milk are released from the udder as the foal starts to drink. Regulating the milk intake can help resolve these cases. In mares that produce too much milk, gently stripping some of the contents of the udder can reduce how much the foal drinks in one nursing.

2. Artificial diets, if introduced too quickly, can overwhelm the intestinal tract and stop the normal gut flora and enzymes from digesting the food, allowing unwanted bacteria access to undigested sugars. Any change in diet should be introduced slowly to allow the gut to adapt and reduce the risk of this happening.

3. Lactose intolerance is rare as a primary cause of diarrhoea, however, it can occur secondarily to damage to the intestinal wall. An example of this might be a foal that has lost the lining cells of the gut from a viral infection. The intestinal wall will temporarily lack the cells which produce the enzymes to digest the lactate, allowing it to flow into the lower intestines for the bacteria to ferment. 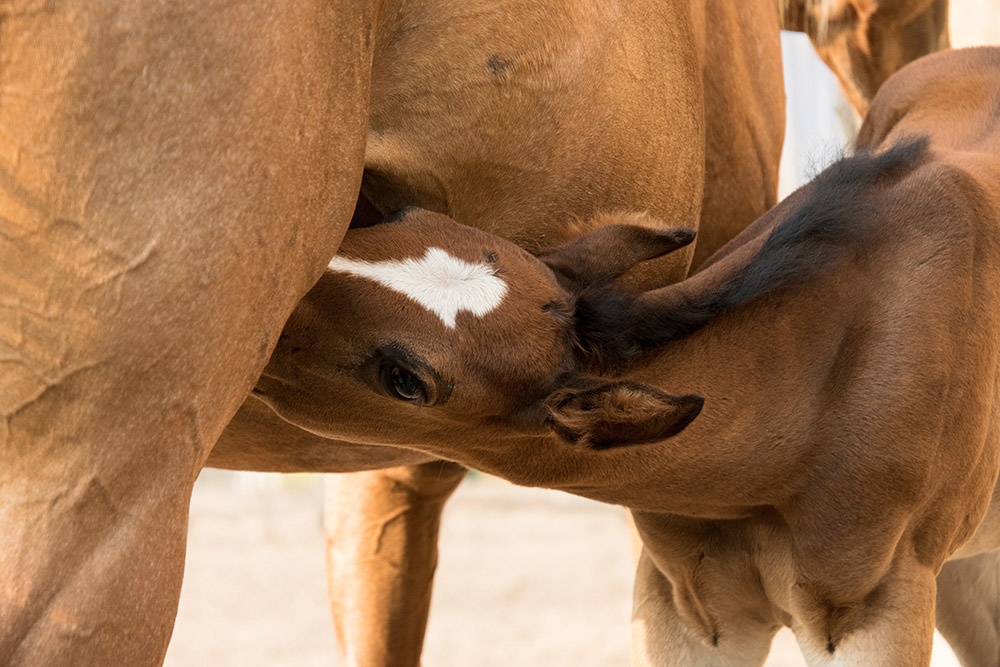 Foals that engorge themselves when nursing can get diarrhoea because an excessive intake of milk can overwhelm the normal digestive processes. 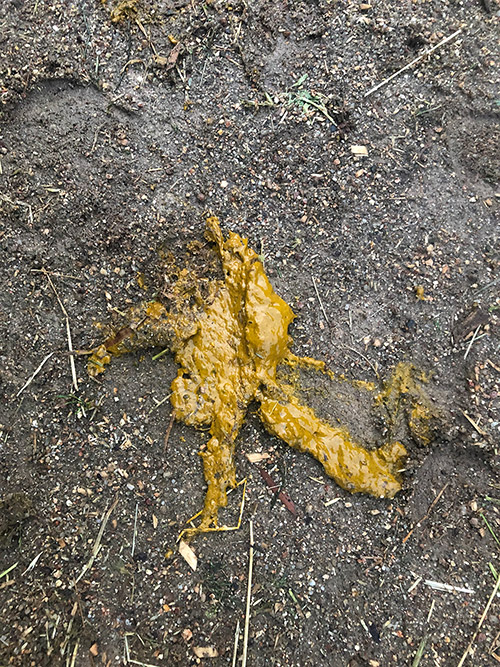 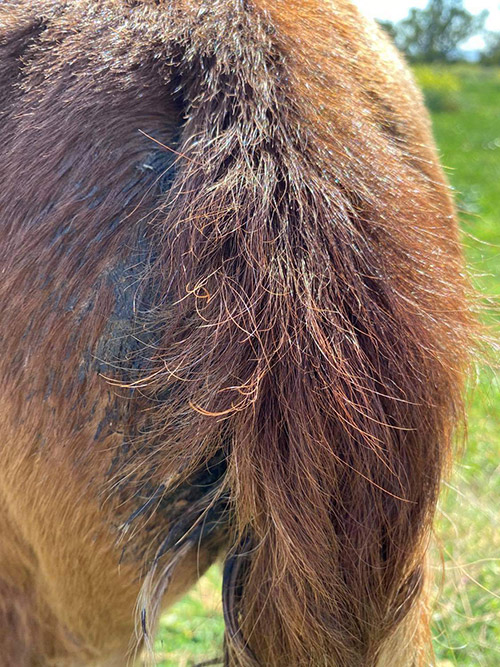 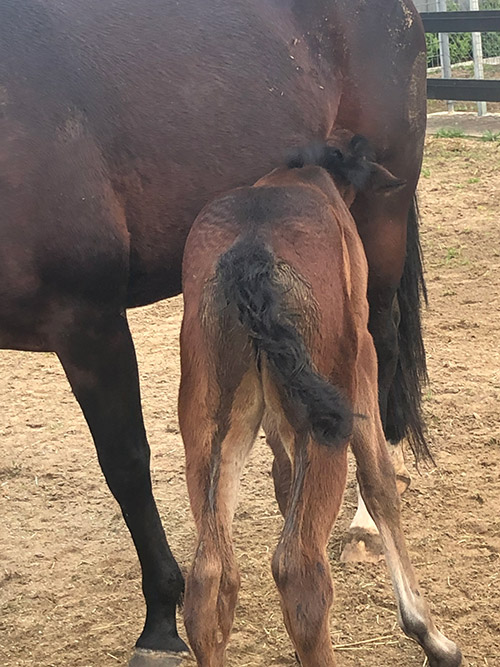 Foal Heat Diarrhoea (FHD) or scours occurs in most foals and is thought to represent a normal physiological change in the foal’s gut.

“Foreign matter can induce
diarrhoea by irritating the gut.”

For most cases of nutritional diarrhoea, reducing the quantity of milk feed will help rectify the problem. In some cases, it may be necessary to withhold milk for 24 hours to give the gut a chance to heal. If this happens, an oral electrolyte replacer can be used to maintain the foal’s fluid intake.  Remember, if the milk has been withheld for 24 hours or so, it needs to be reintroduced slowly so the gut is not overwhelmed, allowing the same problem to occur again.

Foreign matter can induce diarrhoea by irritating the gut and foals are particularly good at eating things they should not! Sand, gravel, and horse tail hairs are all well-known causes of diarrhoea when ingested in large quantities. These can lead to chronic diarrhoea and ill-thrift if not removed from the tract. When eaten in small amounts, they may cause a transient diarrhoea as the foreign matter passes through the tract and is evacuated in the faeces. Some foreign matter, like gravel and sand, can remain in the intestines, because the gut contents or faeces pass over the top of them and do not push these heavier foreign materials through and expel them into the environment. These cases may need treatment with a specific drench of a product such as psyllium husks, which forms a gel and pushes the offending matter through the gut and out of the body. Paraffin oil can sometimes be used to help clean out the tract but is less effective than something like psyllium, as the oil can also just pass over the top of the gravel or sand.

Parasitic diarrhoea can be caused by worms, particularly on farms where there is not a good or effective worm control program in place.

The worms that commonly affect foals are:

• Strongyloides westeri (threadworm). The larvae of these worms can pass through the mare’s milk, infecting the foals and producing diarrhoea. The foals are typically 2-4 weeks of age and, aside from suffering with diarrhoea, often undergo weight loss. These foals will usually pass out large numbers of eggs in their manure, causing further contamination of the environment. It is essential to have a good on-farm worming programme, which includes treating the mare at or close to foaling to prevent or reduce the larvae numbers in the milk.

• Strongylus vulgaris (redworm). These worms can cause depression and colic as well as diarrhoea.

Foals should be started on an effective anthelmintic program for worms between 6-10 weeks of age.  Due to the amount of resistance seen in round worms to many ivermectin based wormers, this programme should include some form of a fenbendazole anthelmintic to reduce the burden of Parascaris worms in young horses. 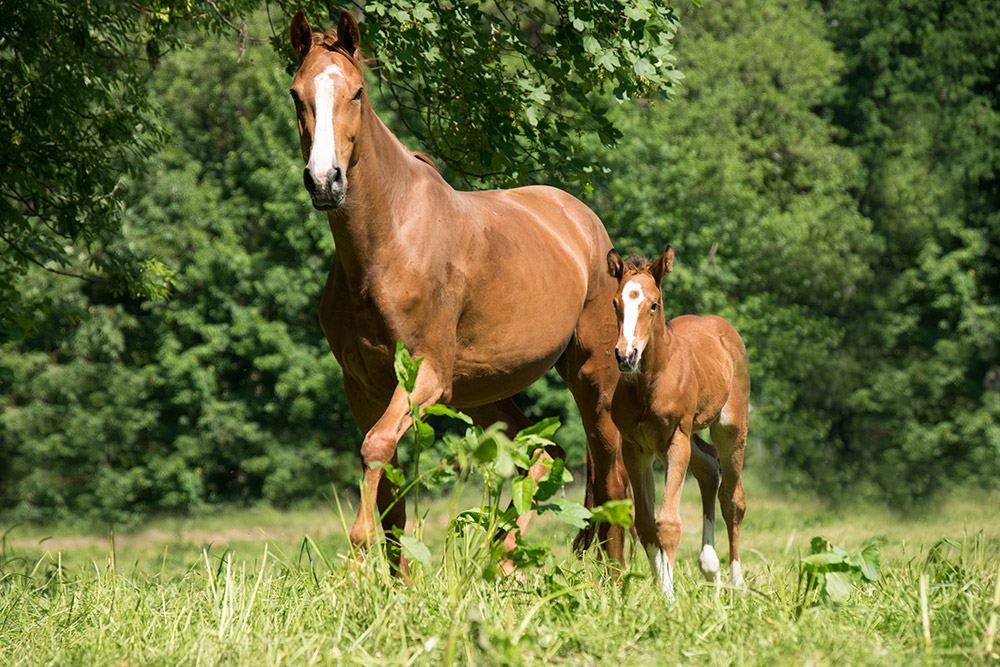 Most cases of foal diarrhoea resolve themselves with no lasting issues.

“Many of the non-infectious diarrhoeas
are less severe in their presentations
than the infectious types.”

An in-depth history examining factors such as age, diet, foal management and worming protocols help differentiate some of the causes of non-infectious diarrhoea. Faecal analysis to look for parasite eggs and larvae, and sedimentation of faeces to detect sand and gravel, can add further assist in identifying potential causes.

Many of the non-infectious diarrhoeas are less severe in their presentations than the infectious types and treatment is aimed at removing the cause and maintaining good hydration. Dehydration is one of the major causes of morbidity and mortality with these foals, so if at any time the foal goes off the suck, becomes quiet and depressed or looks sunken in the eyes, veterinary attention should be sought. If the foal is bright, alert and drinking well, often treatment can be limited to cleaning the perineum and preventing scalding. However, if the diarrhoea does not resolve in a week or two, veterinary advice should also be sought. Gut protectants, anti-ulcer medications and probiotics can be useful in prolonged cases of non-infectious diarrhoea, however, antibiotics and intravenous fluids are more likely to be needed in cases of infectious diarrhoeas.

To breed or not to breed, that is the question… (In this issue)

Navigating the laminitis labyrinth (In this issue)