Yet another member of the celebrated Whitaker family is making his mark in showjumping, already featuring on the Longines Global Champions Tour and moving up the international ranks at just 20 years old. 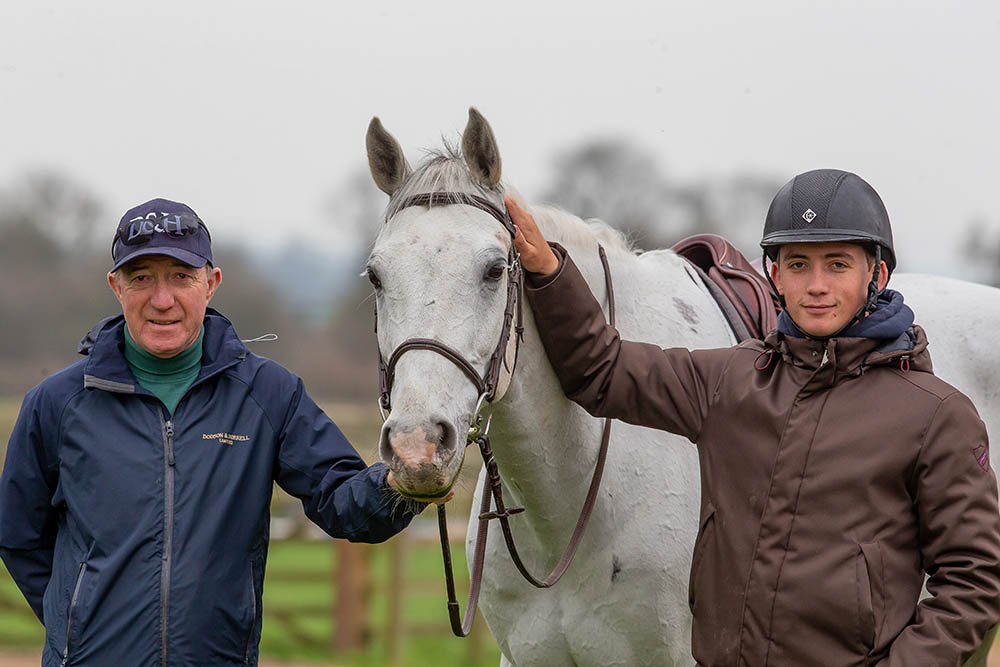 When your father is a five-time Olympian who’s been on more British teams than he can probably remember, you might think his son Jack Whitaker has an insurmountable mountain to climb to get anywhere near his achievements. Jack Whitaker, however, is well on the way to emulating his father’s successes, going from strength to strength every year.

Michael, younger brother of showjumping royalty John Whitaker, has had a career just as illustrious as his brother’s. Growing up on a Yorkshire farm where their mother, Enid, ran a riding school and father, Donald, a grocery business and a milk round, meant there were always plenty of ponies about. Michael’s first big win came in 1980, at just 20 years old, riding Owen Gregory in the Hickstead Derby. He went on to win this class in 1991, ’92 and ’93 on the wonderful Mon Santa. Michael held the record as the youngest winner of the class for nearly 40 years, until he was pipped by 19-year-old Irishman Michael Pender in 2019.

Twenty-year-old Jack Whitaker, eldest child of Michael and Melissa Whitaker, has already achieved so much and is one of Great Britain’s rapidly rising stars. In 2021 he won his first five-star class at the prestigious Dutch Masters. I am confident his future career will be peppered with five-star success as well as winning Nations Cup, European, World and, no doubt, Olympic medals.

Michael and Jack are based in a small village near Nottingham, about 200km north of London. Michael purchased the 80-acre property over 30 years ago. It boasts a large manège, all-weather gallop, horse walker, indoor school, over 40 stables and lots of turnout – Michael and Jack are great believers in turning horses out every day. We sit in their cosy farmhouse kitchen, adorned with photographs of Michael’s great horses from many championships around the globe. Cards and cake were evidence of a recent birthday – Michael celebrated his 62nd birthday on 17 March and shows little sign of retiring. He tells me: “Riding every day keeps me fit; I don’t need to do anything else exercise wise.” Michael, who has been at the top his game for over 40 years, explains that he enjoys taking a bit of a “back seat” and it makes a nice change to spend more time at home working with the youngsters. 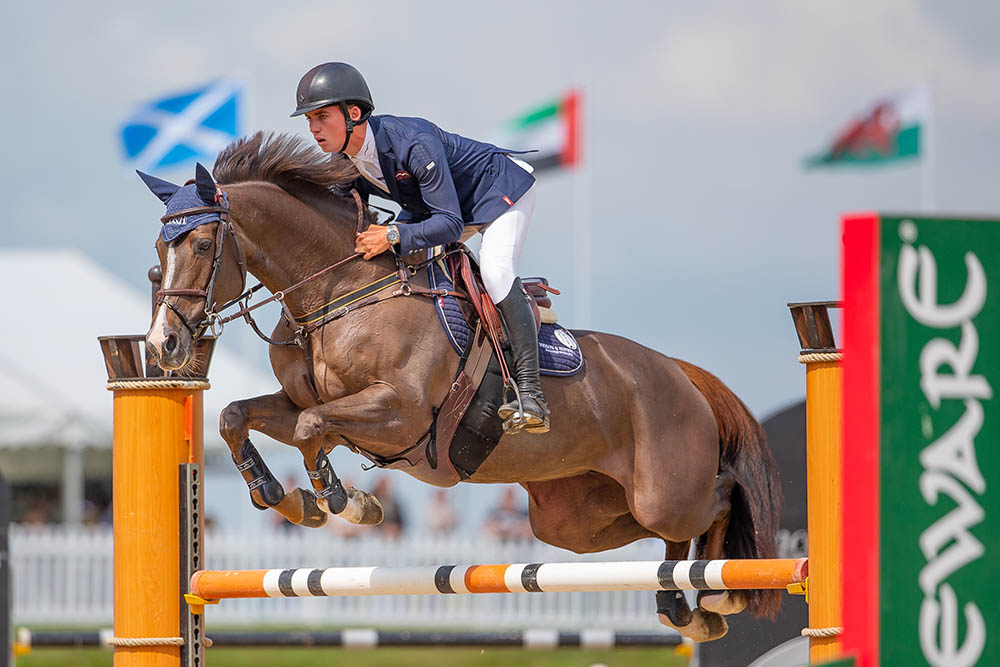 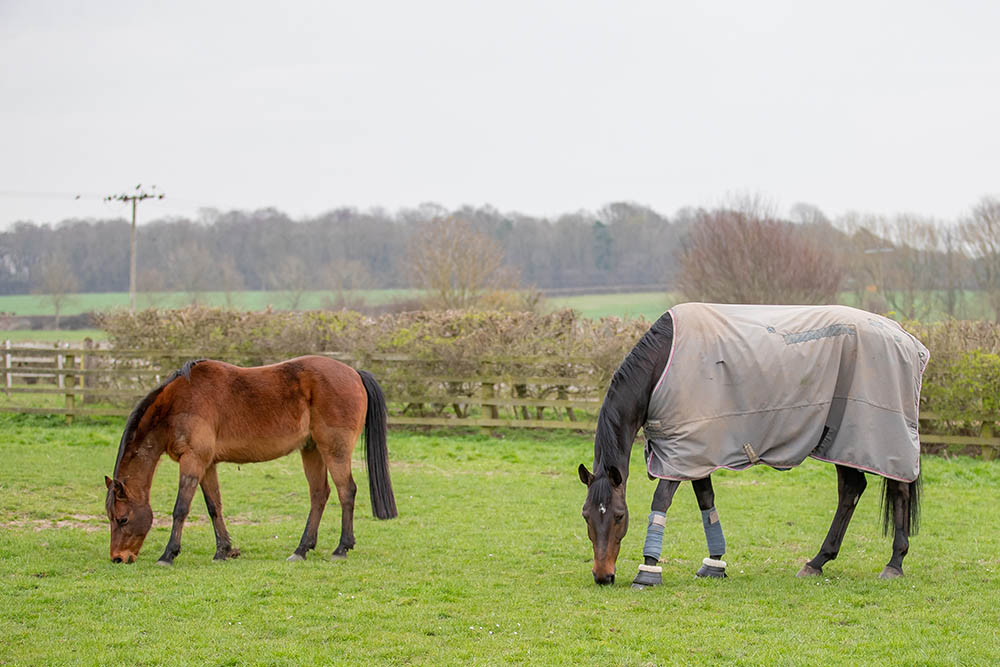 The Whitakers like their horses to spend as much time out in the field as possible. © Elli Birch/Boots & Hooves Photography.

Jack has ridden for as long a­s he can remember; he left school at the age of 16 in order to turn professional. He is an all-round sportsman, playing tennis and football at school. At one stage he was even on the books of Nottingham Forest Football Club! Jack still plays football when he has time and enjoys a round of golf. He can often be found on a course when competing in Spain and Portugal during the winter months, as many of the “sunshine” shows are conveniently located near some great courses.­­

Both Michael and Jack have always enjoyed producing their own horses. At the age of nine, Jack and the five-year-old Zodianne Van De Doevenbree started their successful partnership. They went up the ranks of pony jumping together and reached the “pony pinnacle” of success when they won European Team Gold in 2015. The following year Jack topped this achievement when he brought home Individual Gold and Team Bronze with Elando Van De Roshoeve.

Michael has a small breeding program; he often uses his brother John’s stallions. I ask how many foals they have every year, and he tells me: “It depends on the mares, for example we have eight four-year-olds but only four yearlings and are expecting six foals this year.” They have high hopes for an eight-year-old homebred mare by Billy Congo – Equine America Peanut – that Jack is producing.  He continues: “It is getting harder and harder to find good horses and they are so expensive. We try to find younger horses – they are a bit cheaper, too; this works for us as we can produce them how we want them. When you have bred them or had them from a very young age you know that they are brought on in the right way.” 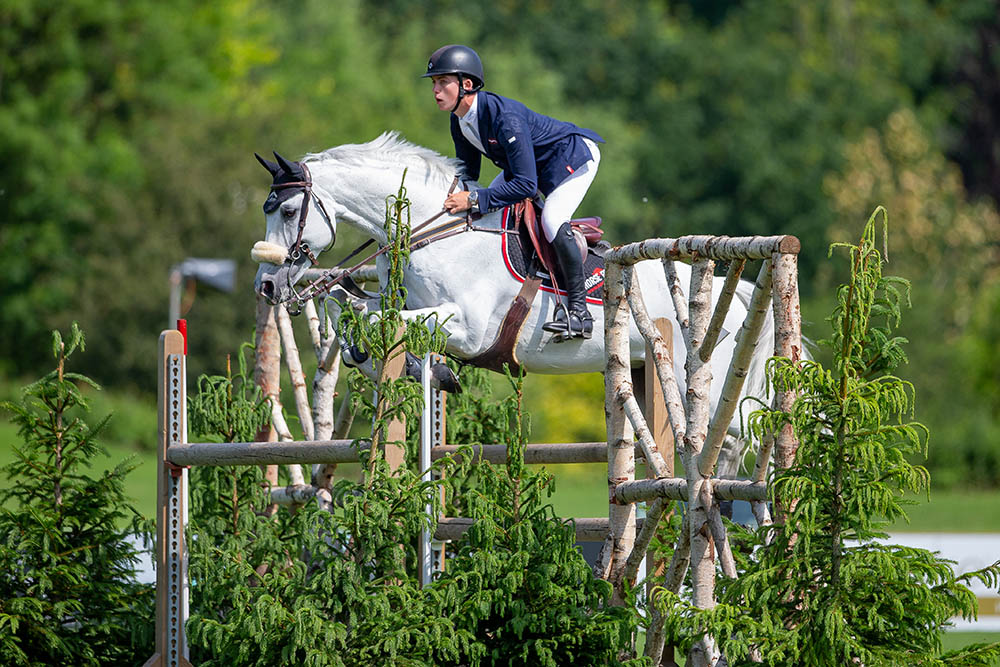 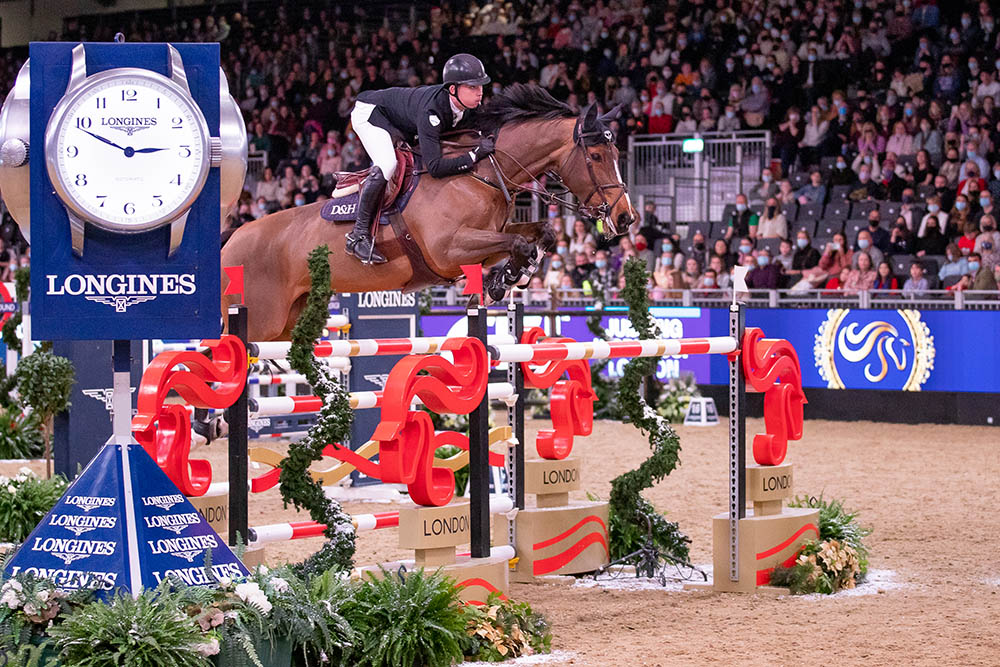 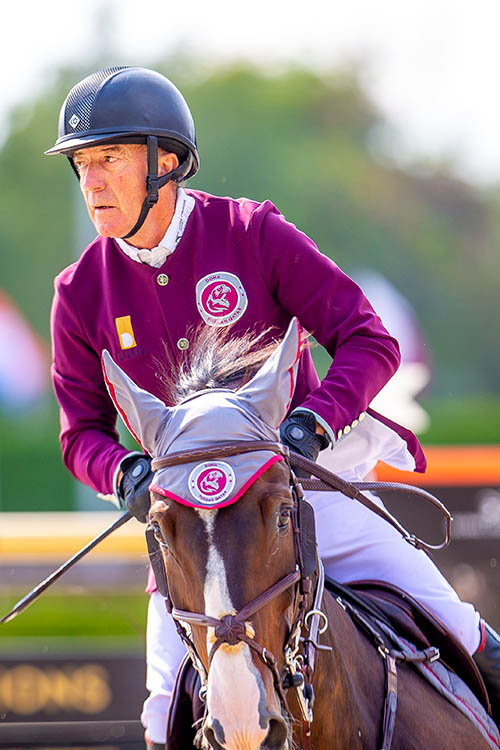 Jack has shot up the FEI World Rankings, and at the time of writing is a very credible 122nd; I do not think it will be long until he breaks into the top 100. Jack is part of the Global Champions League Madrid in Motion team on the prestigious Longines Global Champions Tour LGCT for 2022. He attended the first leg in Doha and enjoyed a podium finish in the team competition on Equine America Valmy de la Lande, where he was partnered with Dutch Olympian Maikel van der Vleuten. In previous years Michael has been part of the LGCT, riding for the Doha Fursar Qatar team and enjoying podium success, too.

“Dad was away at shows a lot of the time when I was a child,” says Jack. “As I got older, I would sometimes compete at the same shows as him, especially when I made the transition to horses at the age of 12. I competed in the popular ‘Children on Horses’ and 2* classes.” In 2018, Jack emulated his father and went to the Youth Olympic Games in Argentina where he won Team Silver, 34 years after his father won Silver at the 1984 LA Olympics. I am sure that this will not be Jack’s only Olympic victory!

I ask about Melissa Whitaker, Michael’s wife and Jack’s mother. “She’s the boss, she runs the place!” Jack laughs. Melissa no longer rides but is totally involved with everyday life at home; keeping Michael and Jack on the road and running the yard is a huge undertaking: “Both Mum and Dad help me; Dad watches me ride but doesn’t teach me in the traditional sense – we ride together a lot and discuss, plan and make changes, as necessary.”

When he was younger, Jack had some training with dressage rider Richard Davison and was lucky to be selected as one of the seven European youngsters to be part of the prestigious Young Riders Academy in 2021. Being selected offers riders the chance to compete at top level shows in Europe, receive training in subjects such as marketing, legal matters, business and team building, and train with one of the world’s top showjumping trainers – Jack was lucky enough to be based with Jos Lansink in Holland. In the late 1970s, Michael trained with Lars Sederholm on a similar scholarship program to that of today’s YRA, which benefited him, too. Michael and Jack confirmed what John and Robert Whitaker told me, that as a family they all help and support each other. The Whitaker family is certainly an enviable support network that any equestrian would like to have! 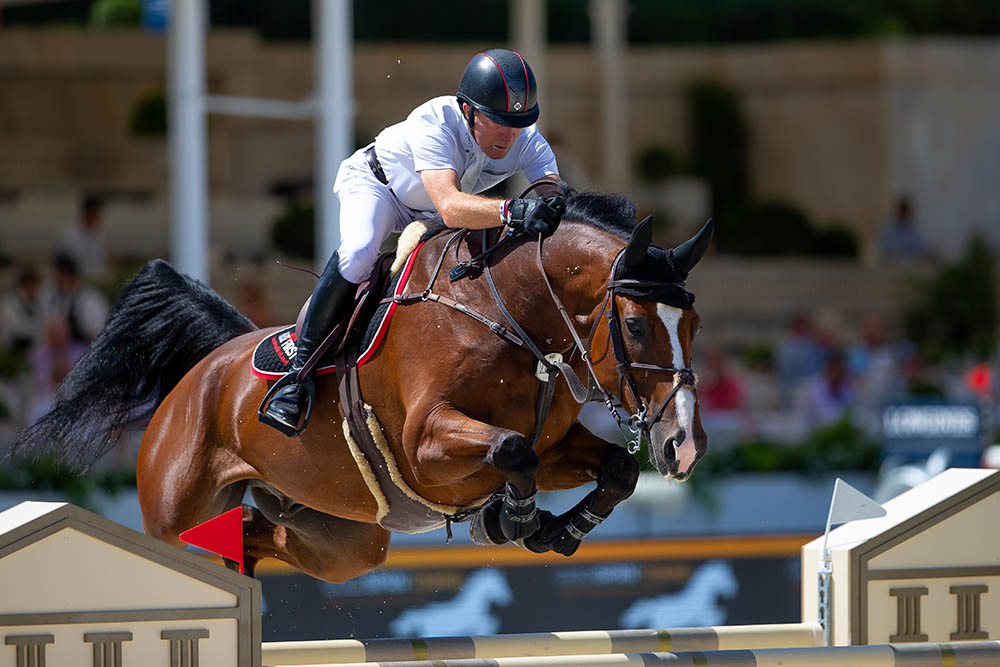 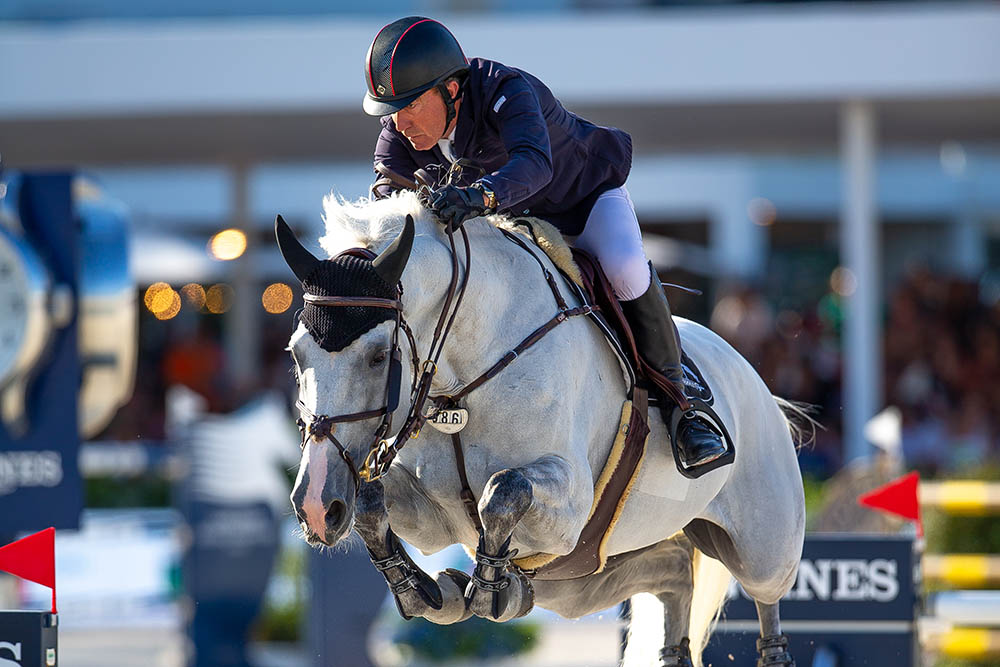 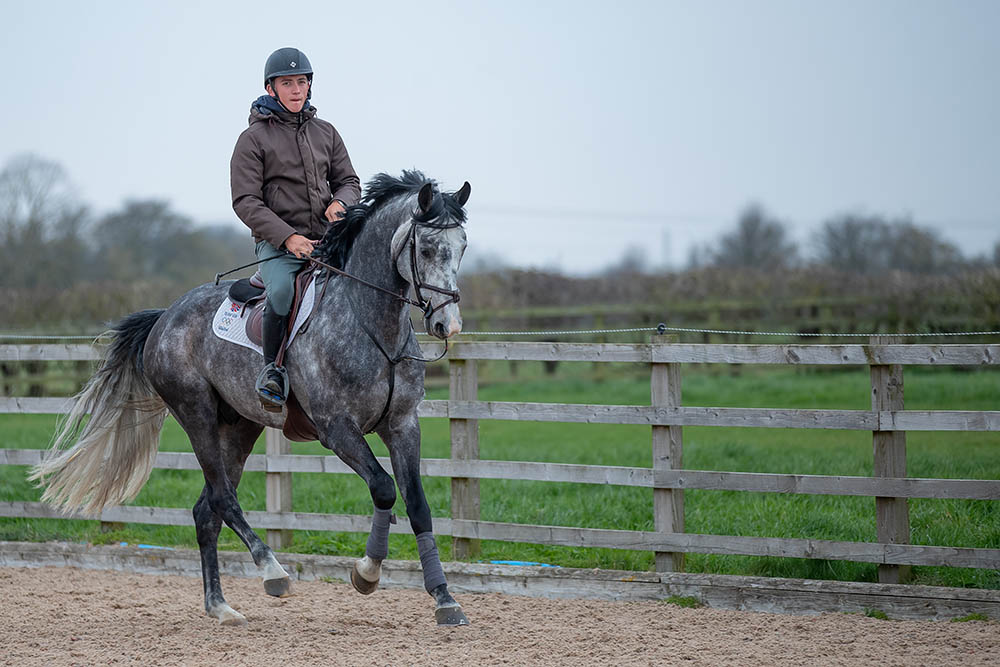 Up to 90% of the Whitakers' work at home is flatwork. © Elli Birch/Boots & Hooves Photography. 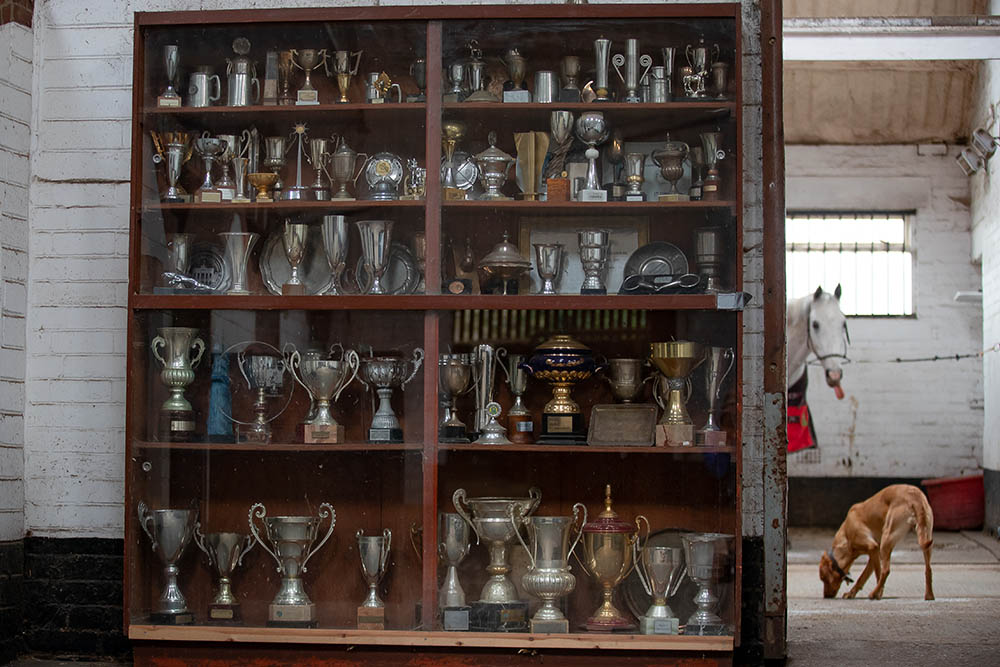 We discuss the changes that have taken place in showjumping over the years, and I ask Michael if he thinks there is more emphasis on flatwork now: “Definitely. Years ago, you could get away with just having a good jumper. Nowadays, the poles are so light, the time is tighter, and the tracks are so technical that you must concentrate on your flatwork a lot more; I reckon 90 per cent of our work with the horses is on the flat. The changes have been quite gradual though, I haven’t really noticed them — I didn’t wake up one day and think ‘this has got harder!’”

I ask Michael if he has both a horse and a competition which meant the most to him: “I honestly don’t know, I’ve had so many very good ones, I have been lucky. All slightly different, but on their day they were all great; I would take any one of about seven or eight! I think the class that has meant the most to me was the 1989 European Championship in Rotterdam when we (Team GB) won Team Gold and, in the individual, John and Milton won Gold, and I won Silver with Mon Santa.”

We talk about Jack’s 2022 plans: “I want to try to win as many Grand Prix classes as possible, do some Nations Cups and win a five-star Grand Prix; I just want to keep progressing.” I ask Jack if he thinks about Paris 2024: “Of course, it’s always at the back of your mind, I definitely want to go for it, but it just depends if everything comes together at the right time.”

Despite all his successes, Jack has his feet firmly on the ground. Much like his father, his undeniable natural talent, great ambition and solid work ethic will see this young man gracing many podiums in the years to come. EQ 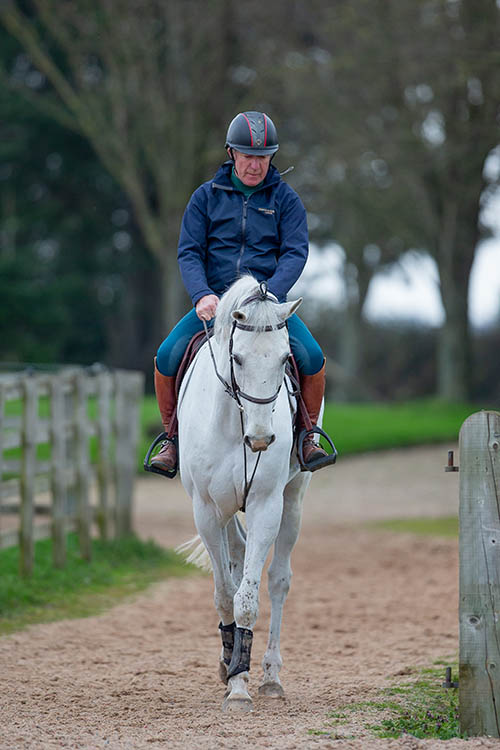 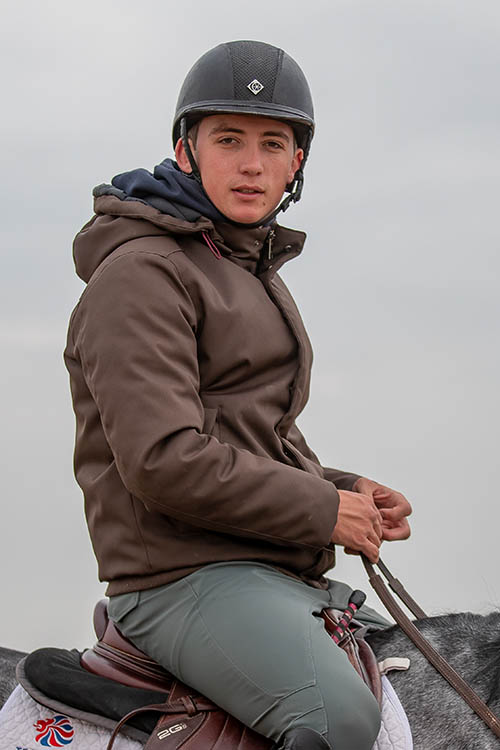