Equestrian Australia has announced the appointment of Brett Davey as the first Australian Dressage High Performance Manager. Hopefully this will be the beginning of a new era for Australian dressage. 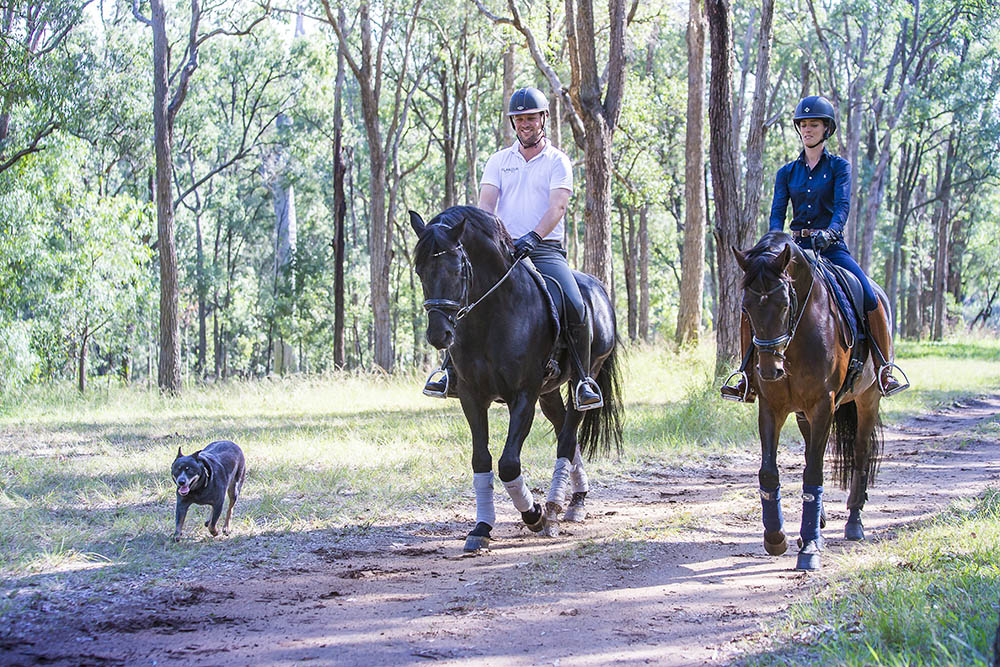 Brett and partner Andrea riding Dakira and Roy through the local park in their home town of Broke, NSW. © Rebecca Ashton.
Click here to find out about strong nutrition for strong hooves and shiny coats 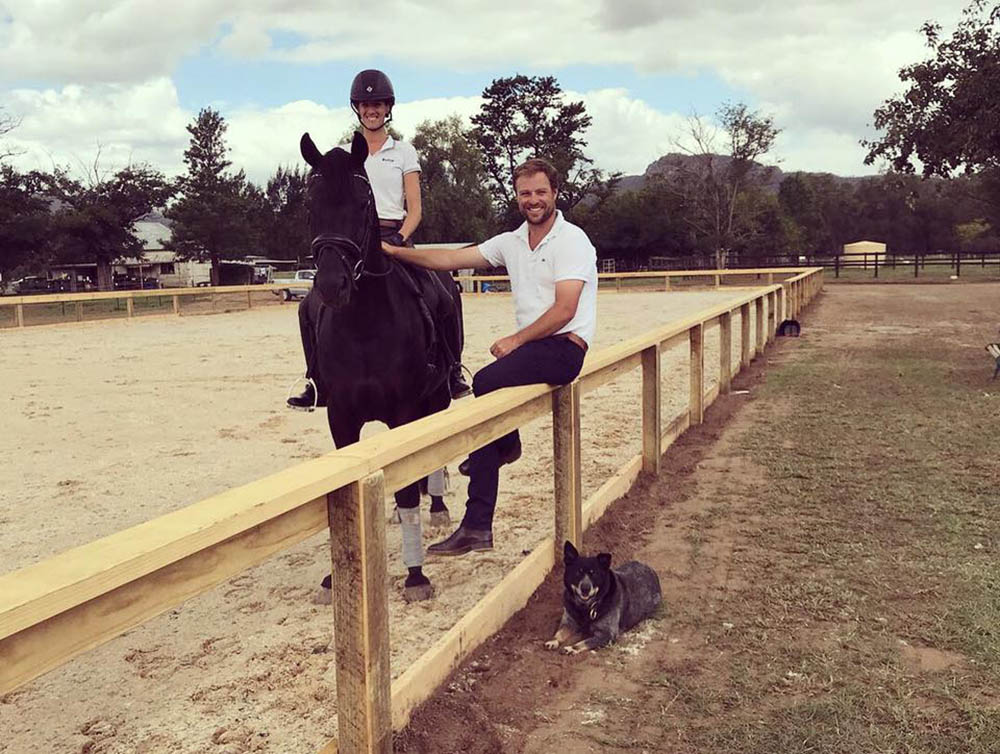 Andrea and Brett at home.

Brett Davey has some really interesting qualifications to be the first Australian Dressage High Performance Manager, being Australian born and bred and having grown up with horses on the Australian scene.

In 2000, Brett at 16 rode his first Grand Prix dressage test. He then went on to produce a number of FEI and Grand Prix dressage horses at a very young age. He was also an avid eventer and competed at Sydney, Melbourne and Adelaide Three-Day Events.

In 2014, Brett and his New Zealand fiancé, Andrea, made the big move to Germany where they based for three years. Andrea had a very promising Grand Prix dressage stallion and an outstanding young dressage horse, which they took with them. Both Brett and Andrea were based with Jonny Hilberath, who has been the national German Olympic dressage coach since the 2008 Beijing Olympics.

In 2018, Brett and Andrea returned to Australia to live and train horses and riders full-time. Well, almost full-time. Brett is now the managing director of the company Flaneur Equine, which specialises in importing great horse products from Germany that are not here in Australia. Their product range includes stables and stable fit-outs, showjumps, arena harrows, waterers, rubber matting, giant wheelbarrows, tack lockers on wheels and more, all of which are designed and made in Germany.

So, I caught up with Brett recently and asked him about his time in Germany with the German Olympic coach Jonny Hilberath, especially with a view to the high performance ambitions of we Australians. Brett says that he went to Germany expecting to see what the Germans really did to perform such outstanding dressage in the Grand Prix arena. He says that, in all honesty, he had expected to observe German training techniques that were a little different to what we in Australia pursued; he expected to see things that were not common knowledge.

After three years there, Brett says that in terms of doing things differently to us here in Australia, there was nothing. Just nothing. Jonny Hilberath, at the top of German coaching with the best riders in the world, did nothing other than just plain, correct training. Jonny Hilberath says: “There is no substitute for correct training,” end of story!

Brett says his experiences with Jonny Hilberath also gave him a broad understanding of the equestrian industry in Germany from the breeding aspect, to the sales aspect, to the auction aspect, to the local shows and competitions, right up to the big German shows which are the biggest in the world. This German awareness of excellence in all things horses, including the coaching and training, is what produces Olympic gold medals. 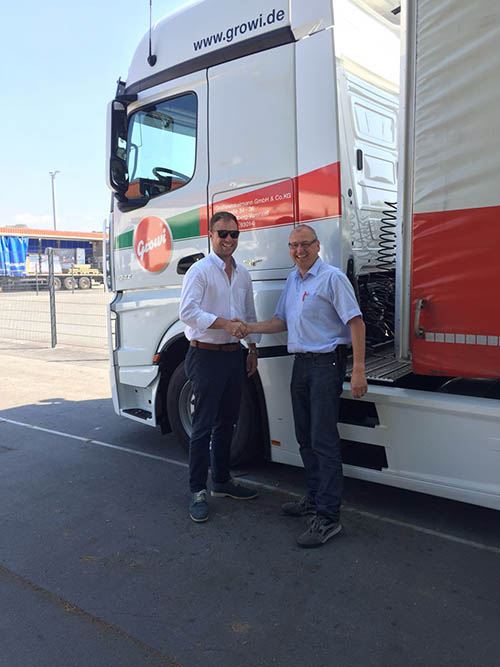 Brett in Germany with the boss of Growi, the main German supplier for Flaneur Equine.

As of June 2021, Brett has been appointed EA’s Dressage High Performance Manager. So, my next question to Brett is what is his vision for Australia and what are the first steps. Brett immediately calls himself a “face to face person” and that he is about to go on the road and talk face to face to as many stakeholders as he possibly can. His immediate mission is to try and get a big picture, both good and bad, of where everyone in Australia who is interested in High Performance stands at the moment. So I ask him who does he consider to be a serious stakeholder in the journey forward for an Australian Dressage High Performance Programme.

Brett feels that the obvious first point of call will be the current competition dressage riders in Australia. And this includes the elite riders, the emerging riders and a particular emphasis on the young rider. For me this is quite significant in that the elite riders have been those hardy Australian souls who have, one way or another, climbed the ladder to Grand Prix and jolly well performed against all the Australian odds of distance and very few instructors and horses that until recently were not bred for the job and competitions being few and far between and very little EA support.

The Australian elite riders have done it tough and are now older. Sure, those that have survived are now recognised as the Australian Grand Prix riders, however, they have found their way to this top level through hard work and by using their own resources. 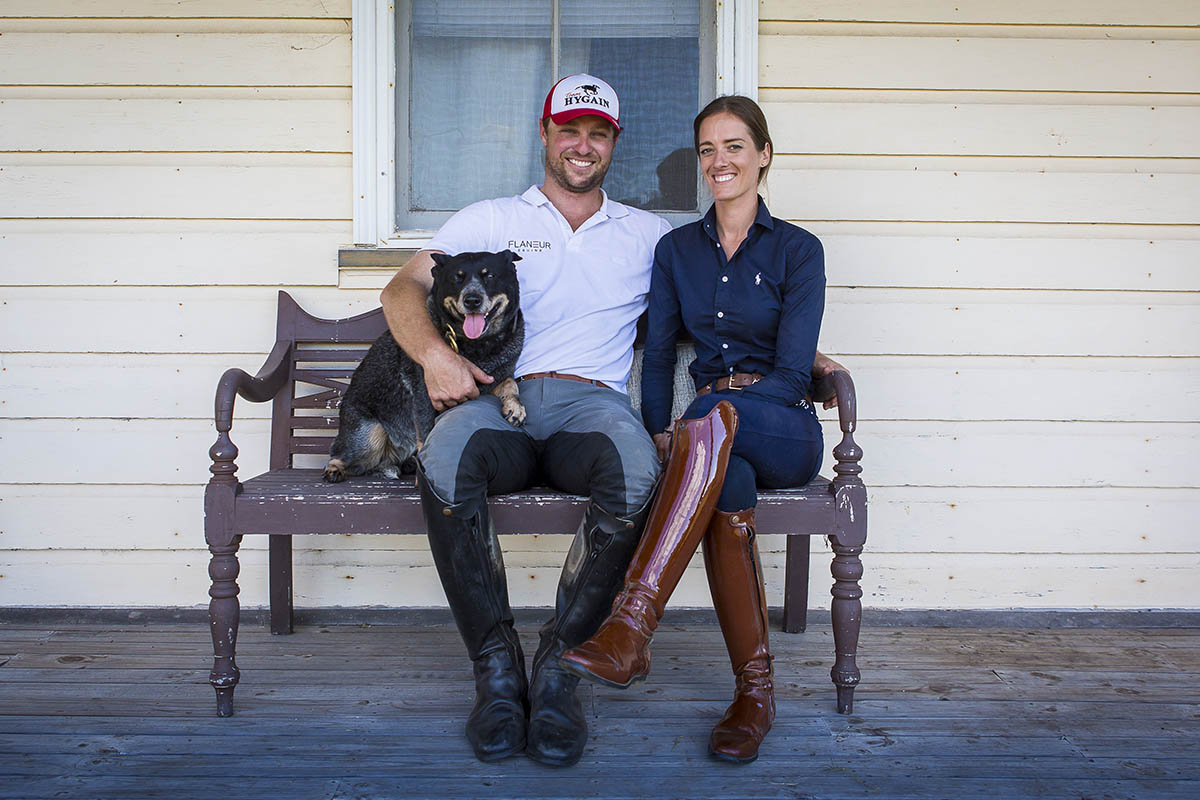 A FIRST FOR AUSTRALIA

In closing, Brett voiced his opinion that he thinks that our Australian horses are as genetically good as anything in Germany. Brett is also of the opinion that our horses are not just genetically advanced but also have as much potential as any dressage horse anywhere in the world. Brett feels that the Australians right now are proving that they can produce good Grand Prix horses. Brett feels that we now need to learn how to make great Grand Prix horses.

For me, just the voicing of these opinions and the enthusiasm to go with it is very exciting. Good luck, Brett!