BY SUZY JARRATT
content placeholder
A render of the soon-to-be-built equine hospital at Willinga Park.
Previous
Next

Willinga Park is adding an equine hospital to its extensive equestrian facilities, with the aim of developing and utilising the latest technology in breeding techniques, headed by leading reproductive vet Eric Klaui. 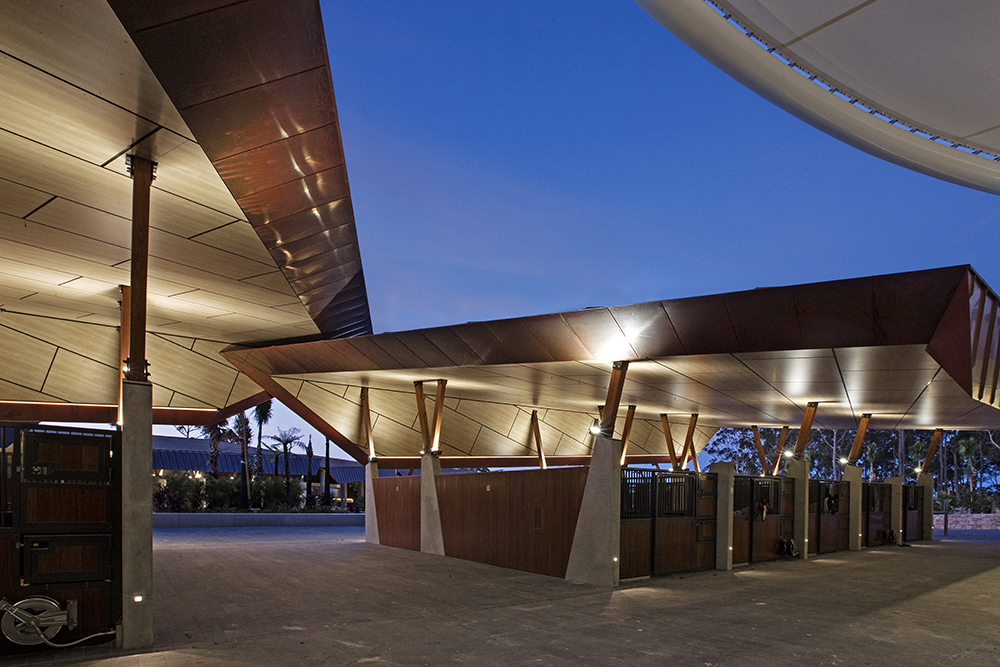 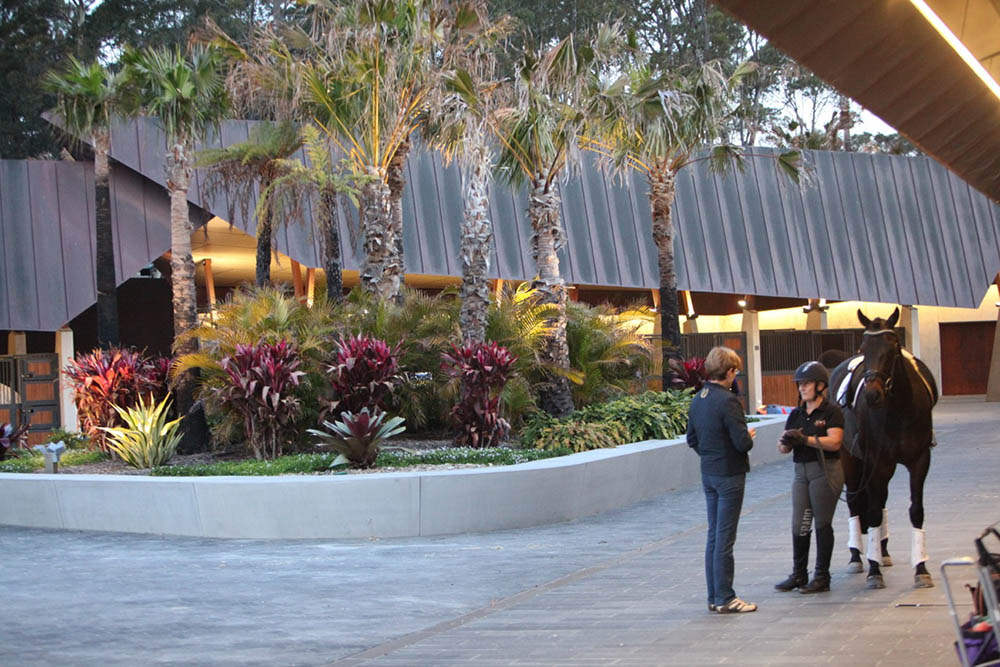 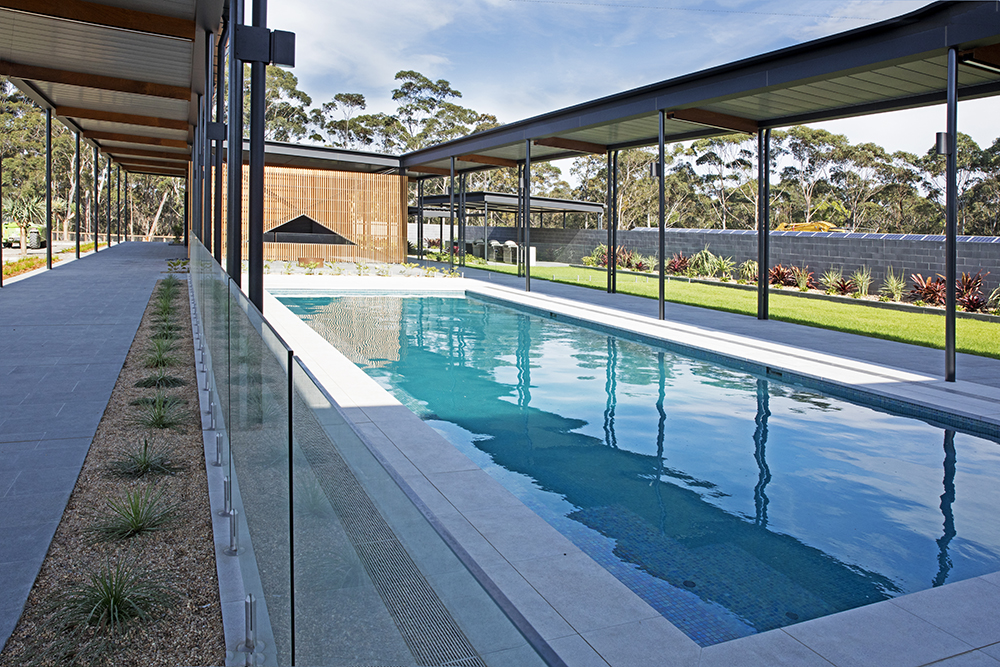 Willinga Park is not just about the horses... it's well equipped for humans too! © Ginette Snow

Willinga Park is an amazing property owned and developed by Terry Snow and his wife, Ginette. It is absolutely fantastic, to say the least. The facility is equal to any in the world with competition arenas that are state-of-the-art ebb and flow. The architecture has won national and international awards and needs to be seen to be understood. The sculpture parks and manicured gardens are stunning and the ambience created is incredible. The facility caters for showjumping, dressage, eventing, polo and polocrosse and campdrafting, with absolutely the best of the best in all areas.

There is a restaurant and a conference centre and 18 two-to-four-bedroom pavilions for riders and grooms and conference attendees. Each pavilion has a very spacious private balcony with views over the underlying valley. All are fitted with appliances of the highest grades and the furniture is simplistic, modern and aesthetically appealing to anyone’s taste.

There has been no stone left unturned in respect to all things at Willinga Park with a fanatical eye to beauty and the environment. Willinga Park is something to behold, and all set against the beautiful beachside backdrop of Bawley Point, 250km south of Sydney.

There is yet another project well under way to round out the property’s complement of facilities — an equine hospital. As with all things at Willinga, there is again no stone being left unturned. With Terry Snow’s interest in the breeding, training and competing of Stock Horses, Warmbloods (in particular dressage horses) and Thoroughbreds, he has now secured the services of Eric Klaui, a leading light in reproduction, with great knowledge and a will to be the best there is in the world of breeding, especially in the fields of artificial insemination (AI) and embryo transfer.

Eric was born in Holland and from the age of four was always going to be a vet; he knew this from his childhood with dairy cattle and horses. Going to school was always easy as he knew exactly where he was headed, and so, on finishing school it was vet science and university in Utrecht. During his student days he rode dressage horses but never competed.

He graduated in 1998 and was employed in the Midlands and Staffordshire in the UK in a practice that was predominantly providing stud medicine services. They had a reciprocal arrangement with a vet practice in Toowoomba, Queensland, where Eric spent three months of each year working with the Thoroughbreds, Standardbreds and the AI with performance horses, which he continued to do for six years. He was also working for Mount St John and was responsible for many embryo transfers and flushed many embryos from Charlotte Dujardin’s now best horse, MSJ Freestyle.

Eric then came to Australia and worked for the Toowoomba practice for four years before starting his own practice in Warwick. It was here that he managed to get embryos from several difficult breeding mares of Terry Snow’s. It wasn’t long before Terry saw a huge future in the need for a top vet for his own band of mares and invited Eric to Willinga Park to have a look and discuss the prospects of starting an equine hospital and facility there.

Of course, Eric and his wife, Tracy, who is a great horsewoman hailing from the Northern Territory, fell in love with Willinga and so the story continued. Last season, Eric, after only being there a short while and with good but modest facilities, managed to make 70 successful embryo transfers. Quite a feat, to say the least!

Terry has designed an equine hospital second to none. It will not only be for his own horses in the breeding of Stock Horses and Warmbloods, but also for the performance horses he has in work there. At the moment they are getting more than 100 recipient mares together for the coming season. These mares are all turned out to let down after their careers, and simply chill in readiness for the coming season. Willinga foaled down 20 mares last season and this coming season will be much greater. 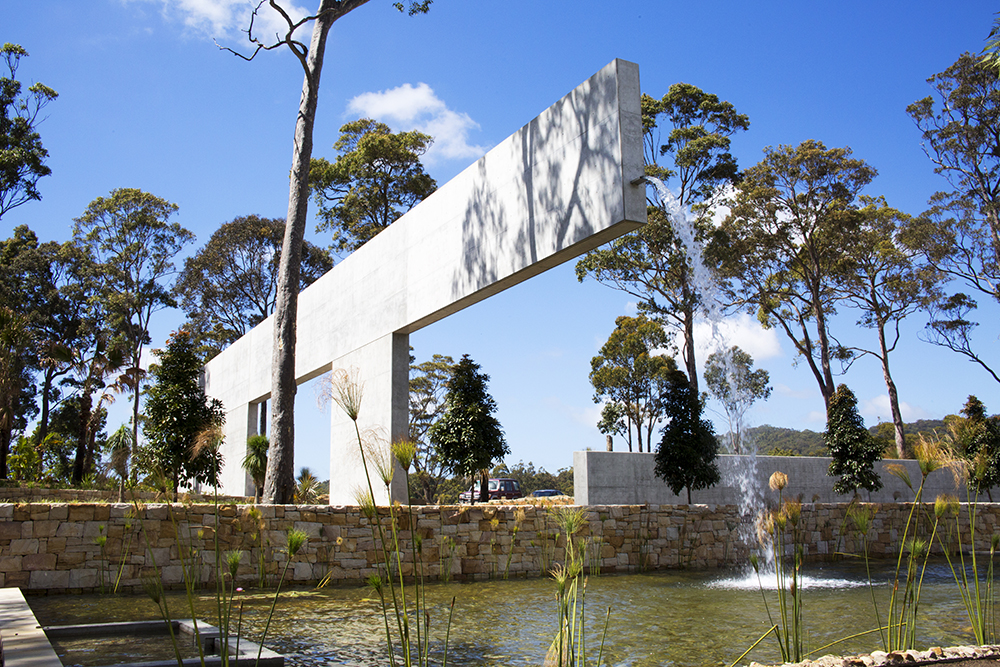 Willinga Park is known for its beautiful gardens and sculptures. © Ginette Snow 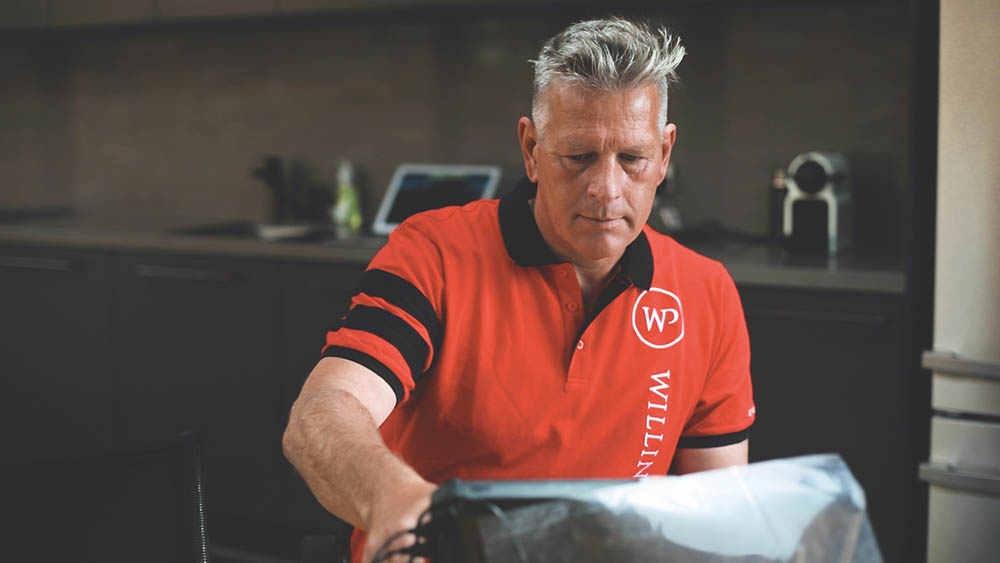 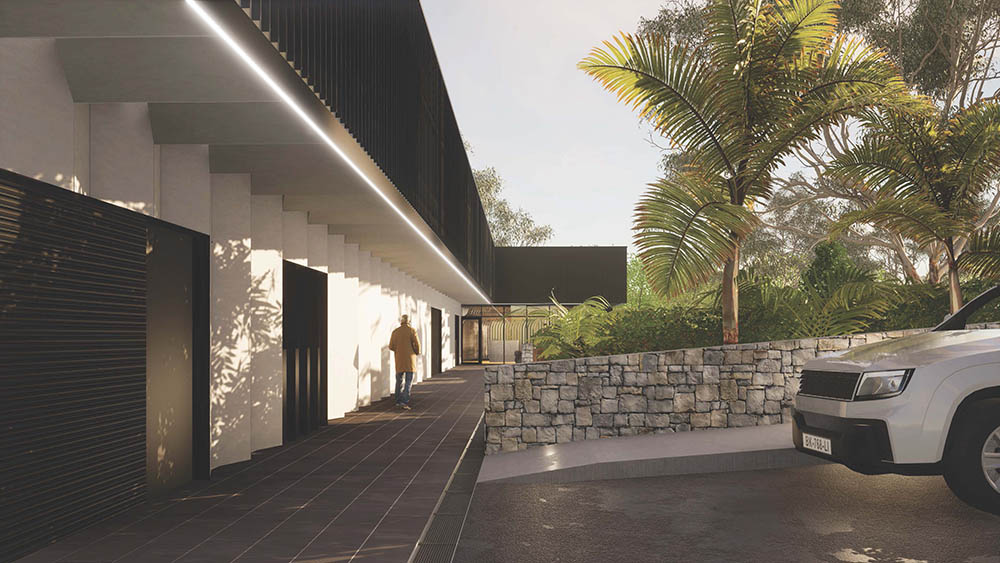 The new equine veterinary facility will be state of the art.

“Willinga Park doesn’t do
anything at half-speed.”

Eric with Terry Snow at the site of the soon-to-be-built equine hospital. © Ginette Snow

What is so exciting is that Eric and Willinga Park are also working in conjunction with the Royal Women’s Hospital in Randwick with its IVF program. Willinga Park veterinary team’s ambition is tobe an industry leader in advanced reproductive services, such as ICSI (Intracytoplasmic Sperm Injection). He is harvesting eggs and then with fragile and low-quality frozen semen is able to single out one viable sperm and inseminate an egg and grow it in the laboratory before either transferring to a recipient mare or freezing it for later use.

As with everything that Willinga has to offer, Terry is always open for everyone to use the facilities he produces and is very enthusiastic for the equine hospital to be open to all who want to use the vets and the services it offers.

The hospital will have its own set of exclusive stables and intensive care unit. It will feature a very extensive reproductive barn with the best laboratory facilities to continue the extensive work and research that Eric is so passionate about. There will be labs for IRAP (interleukin-1 receptor antagonist protein, used for the treatment for joint disease) and PRP (platelet rich plasma, used to treat tendons, ligaments and wounds) as well as for blood work-ups. There will be operating theatres with state-of-the-art equipment, including an MRI machine and scintigraphy (gamma scan), the best ultrasound scanners and the best digital radiography facilities.

Again, Willinga Park is not missing a thing with this incredible facility that will offer all the opportunity to utilise the best veterinary help possible. Willinga Park doesn’t do anything at half-speed, and the facility is expected to be completed by the end of the year. EQ

Heads Up For The Big Chill – Equestrian Life, June 2021