Off-the-track Thoroughbreds always feature strongly at Melbourne International Three-Day Event. This year’s CCI4*L boasts large entries, many of which are OTTs; Equestrian Life catches up with three who are starting in the prestigious headline class. 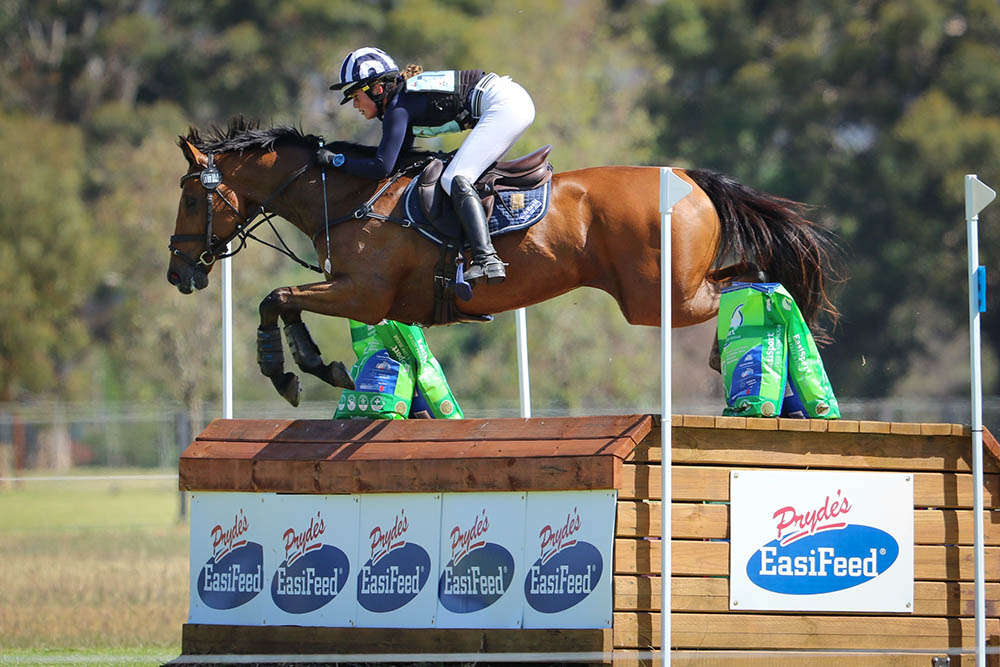 When Humble Glory arrived in a stock crate at Sophia Hill’s Mansfield property in July 2017 to sell on behalf of a friend, she never dreamt of just how far the off-the-track Thoroughbred would take her. “He was a very unassuming OTT who had raced, spelled, and then done a little bit of stock work,” recalls 25-year-old Sophia.

A gelding by Bernardini out of Sharpen (Shovhog), he raced as Camon Houdini and was trained by Gai Waterhouse – but he certainly wasn’t a stand-out on the track. He raced a handful of times, mostly on Victorian tracks, and finished his career over hurdles at Warrnambool where he was eighth of 11 starters. It was his best race result in terms of placings, but when he crossed the line 82.2 lengths behind the winner, it was time for a new career.

“I think they thought he was going to be quite good at jumps racing, but then he lost by 82 lengths! He always jumped quite big; when I first started jumping him, he was over-jumping everything… like just a classic, careful young horse. I think he must have done that when he was racing as well!” she laughs.

“About a week after he arrived, I was blown away by his combination of scope, honesty and bravery. I thought he was a pretty nice horse and so I bought him from my friend with the view to selling him myself. Within three months, he had his first 95cm eventing start and won. He went so fast up the levels… within 18 months, he won the Young Rider Championship (equivalent to three-star level) at Adelaide.

“He was just such an honest and trainable horse, so I decided pretty early on not to sell him. Within two years of being off the track, he then won at four-star level; he’s had a few wins at four-star. The last few years have been very quiet with Covid – and he had an injury too – but he’s going well again now.

“He’s never had a cross country jump fault and he’s an amazing galloper. He usually always makes the time, even when other horses don’t. He’s just a really good jumper; he wants to be clean and wants to do the right thing. The biggest struggle for him is being uphill in the dressage, because he’s just not built that way.” 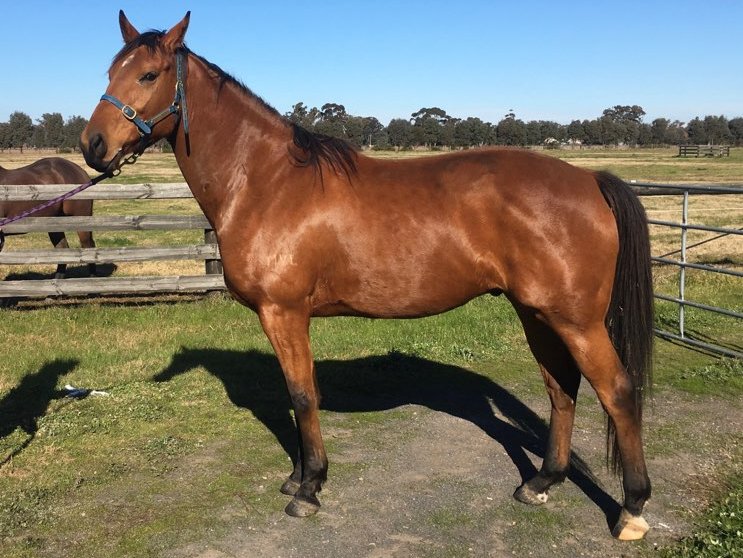 Sophia explains that Humble Glory, now 10 years old, has also enjoyed success in the show jumping arena where he’s competed up to 1.40m. “This year he’s gone to six show jumping shows and won one or two classes at every single one; he’s pretty unbeatable at 1.25-1.30m.”

The pair enjoyed a good result at Ballarat International Horse Trials in May, where they finished second on the CCI4*S, and Sophia’s goal is to now produce a double clear jumping and finish in the placings at Melbourne. “He’s already qualified for Adelaide five-star, so that’s my ultimate goal to compete there at the end of the year. If all goes well, it will be my first five-star!” 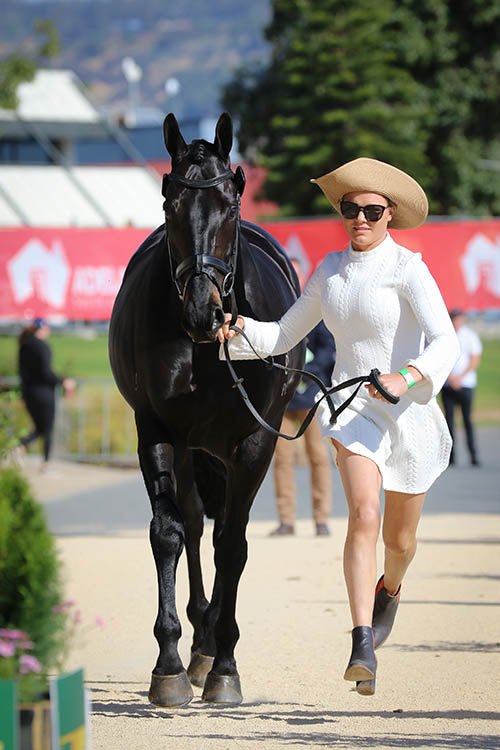 “He’s a really bold jumper and is quite fast.”

Branded ‘P169’ and with a penchant for food and rolling in the mud, Mr Pig might not sound like the most glamourous OTT in the field – but behind the name lies a horse that was relatively successful on the track and is now proving to be a very talented eventer.

Foaled in 2009 by Commands out of Depeche (Octagonal), Mr Pig started life as ‘Winnie’s Horse’ and first trialled at Cranbourne in 2011 as a two-year-old, coming home first. He went on to race six times in Victoria for a couple of wins and placings, before being sold to Hong Kong where he had a further 38 starts for four wins and six placings, earning $3.6 million HKD ($650,000 AUD). At the conclusion of his racing career in 2016, he was sent back to Australia where fate would have him cross paths with Sophie, a now 24-year-old rider based in Euroa.

“He went to nearby Boorolite Park for quarantine when he first came back to Australia. He’d done a tendon, and he was just sitting in the paddock there; I think someone was supposed to claim him on his return and retire him, but no one had,” explains Sophie. “My vet, who does the work there, told me about him and said he was worth a go.”

Aged seven at the time, Sophie thought he might’ve been a bit old to be an eventing prospect, but now at age 12 he’s well and truly caught up. She says that Mr Pig’s greatest strength is the cross country phase: “He’s a really bold jumper and is quite fast. He’s really rideable cross country, and he is always close to the time or can make the time, which is quite good at that level. The only thing is he struggles a bit on the flat – his dressage is always a work in progress!” 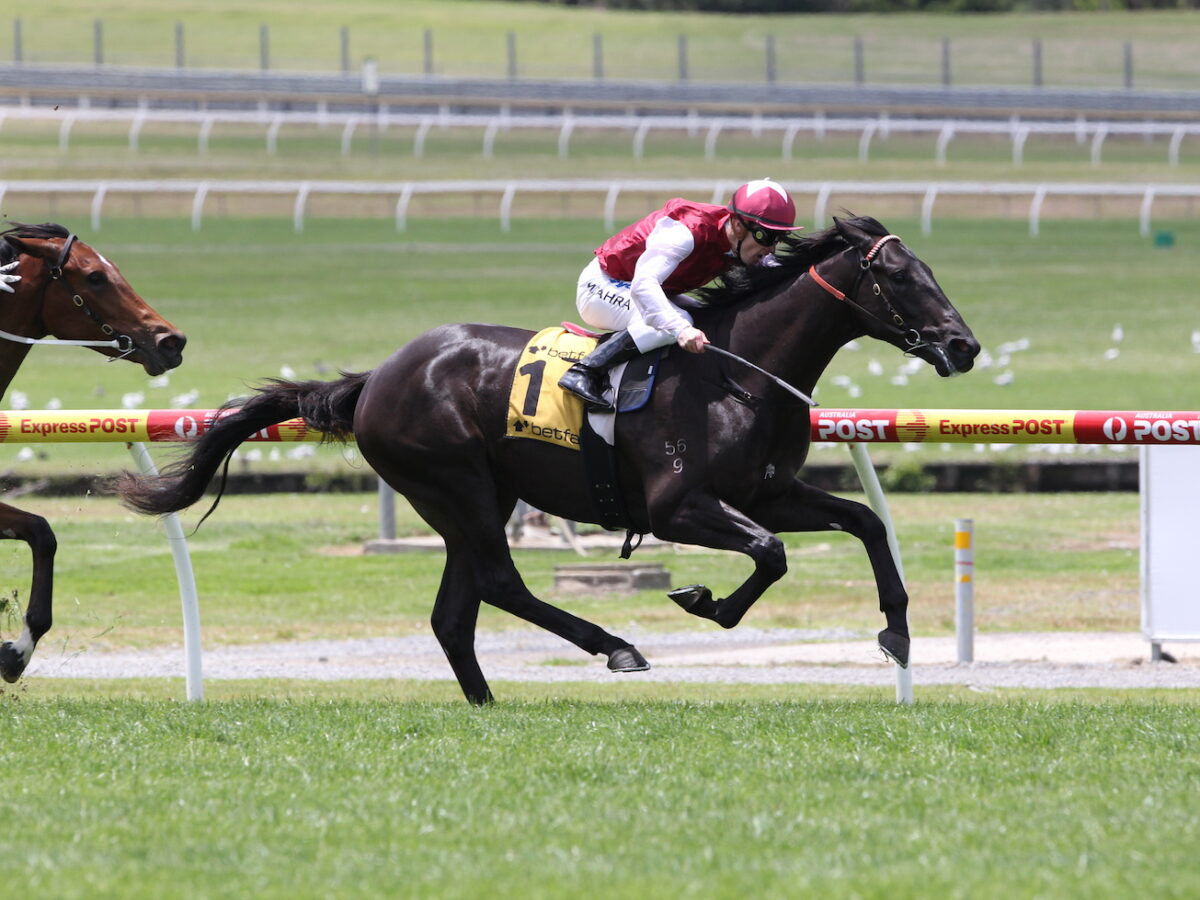 Mr Pig during his racing days under the name 'Winnie's Horse'. © Racing Photos.

Sophie says that his unorthodox name came with him and was due to his brand, ‘P169’, which looks like ‘Pig’ (except for the nine). She did initially attempt to call him ‘Wilbur’ – still pig-like, just a little more noble – but ultimately, the new name didn’t stick. After spending four years in high-density living in Hong Kong, Sophie says Mr Pig now has a strong preference for paddock life: “He loves being in a paddock; he lives outside most of the time and loves rolling and getting dirty!”

At Melbourne, Sophie’s aim is to finish on her dressage score. “It’s his first four-star long and my first four-star long, so that’d be a good outcome!” Amazingly, Mr Pig is Sophie’s first ever four-star ride, and she says it’s been rewarding having reached the level on a horse she has produced up the grades herself. Looking ahead, she hopes to take Mr Pig to Wallaby Hill CCI4*L at the end of this year, followed by Adelaide next year, where they will hopefully make their five-star debut. 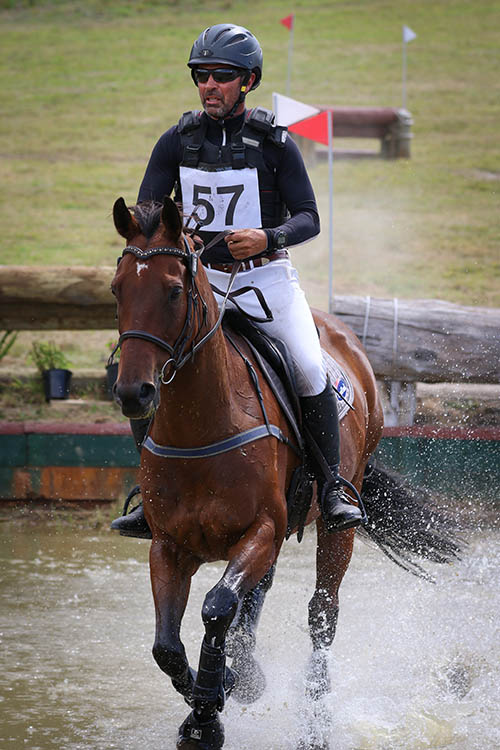 Murray Lamperd is no stranger to competing at Melbourne, however, his CCI4*L ride this year – Secret Mojo – will be galloping across the lawns of Werribee Mansion for the first time. Over the past few months, the combination has won the CCI3*L at Wandin in March and placed eighth in the CCI4*S at the Ballarat International Horse Trials in May, among several other placings at other events.

The rising 14-year-old gelding, by Keffelstein out of Ulterior Motive (Big Boost), only had four starts in his racing career – where he raced under the same name – before finishing on the track at the end of 2012. He was then retrained and ridden by a mixture of professional and junior riders. Murray first took up the reins two years ago for owner Raenor Priest: “He’s been progressing with me ever since. He’s moved through the levels and it’s working out really well,” says Murray, who commenced FEI-level competition with the horse in 2020 at two-star, before stepping up to three-star last year and four-star this year.

Secret Mojo is quick cross country – at Wandin, he was the only horse in the CCI3*L to come in under time – and he’s careful in the show jumping arena as well. “In February he won a 1.25m class at the Australian Showjumping Championships, the same week that he was second in his first four-star eventing start,” explains Murray.

At MI3DE, Murray is hopeful they can go well and qualify for Adelaide CCI5*L – and looking further ahead, there are plans of possibly competing internationally. “Ideally, this horse will end up going overseas with us for a couple of the biggest competitions we can find in the world, and that would be where he would shine. Not that he doesn’t already, but he’s just got much more to give if we can make it down that path. It’s a tough one, but that’s what we’d love to see.” EQ

To find out more about Racing Victoria’s Off The Track program, you can visit their OTT Community page here.

READ MORE ABOUT OFF THE TRACK HORSES: